Combers: The Grouper Relatives You May Never Have Heard Of 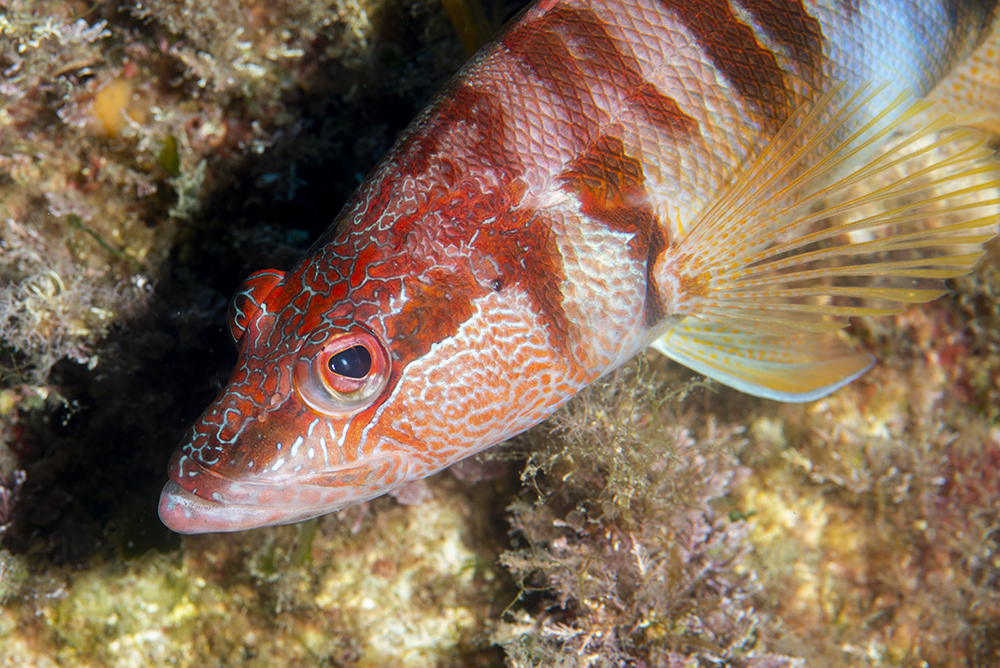 Combers belong to the same group of fish as groupers, the Serranidae, though they reside in a separate genus, Serranus.  A group containing around thirty species.

As far as I can tell from online sources the combers are not widespread, being most common in the Mediterranean and associated waters, and the Eastern Atlantic.  One source (fishbase.org) suggests they may have spread through the Suez canal to the Red Sea, but I can’t confirm that.  I have yet to see them.

Mainly, I have seen them around the Atlantic island of Madeira and in the Med where they are common and easily approached. 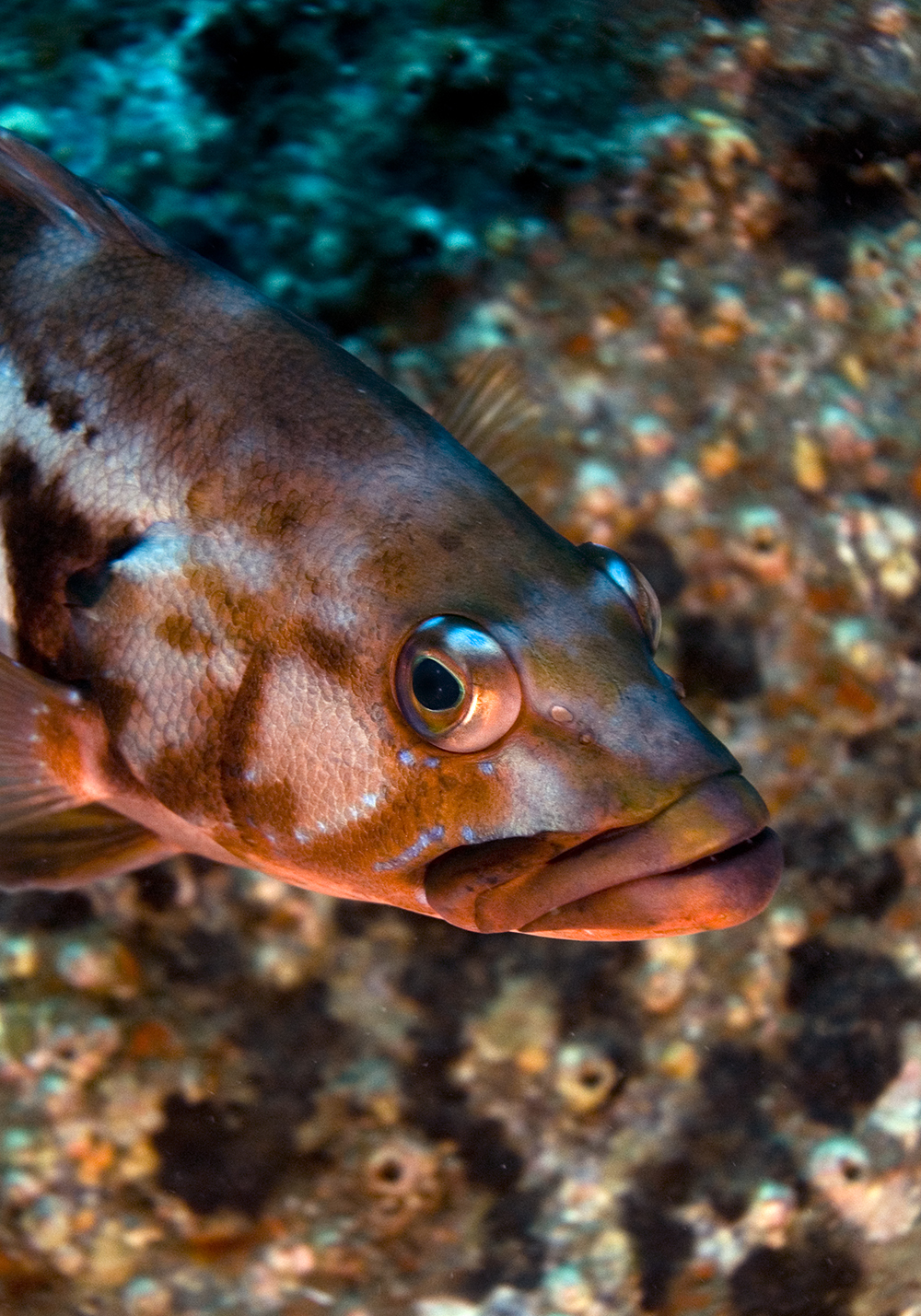 I’m familiar with two species, Serranus scriba (main) and S. cabrilla (this one, below is a juvenile) 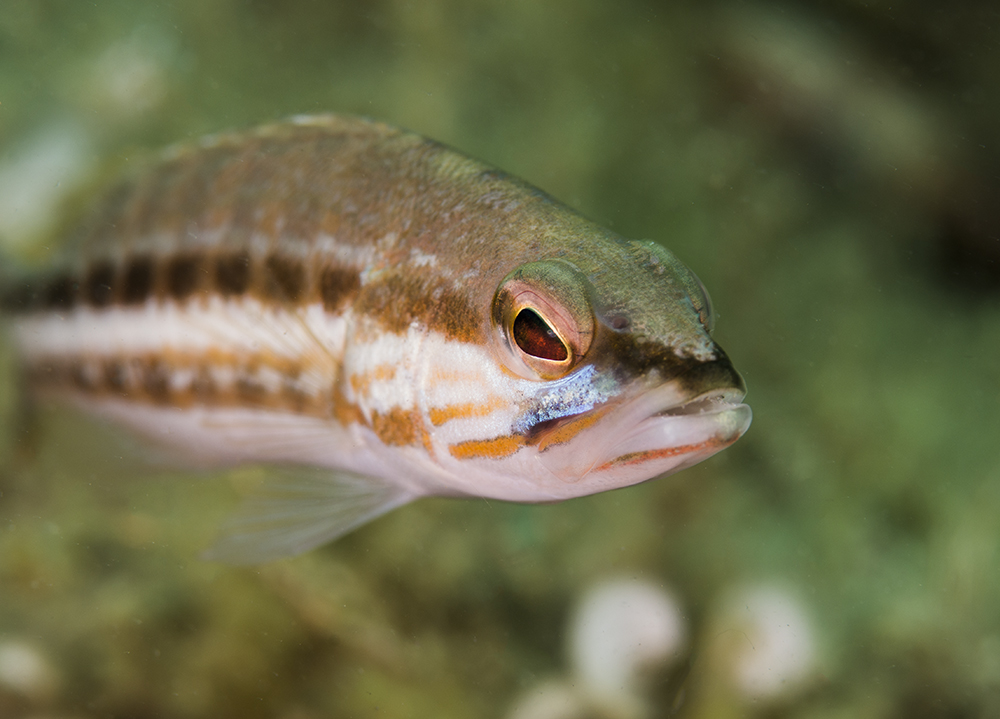 Both species reach around thirty centimeters and can show a fair degree of variability.  As I understand it, the defining character is the saw-like edge to the anterior gill cover in S. cabrilla.

Like their grouper relatives they are predators, but unlike their often larger cousins they are often found in shallower waters and in meadows of the Posidonia oceanica seagrass. 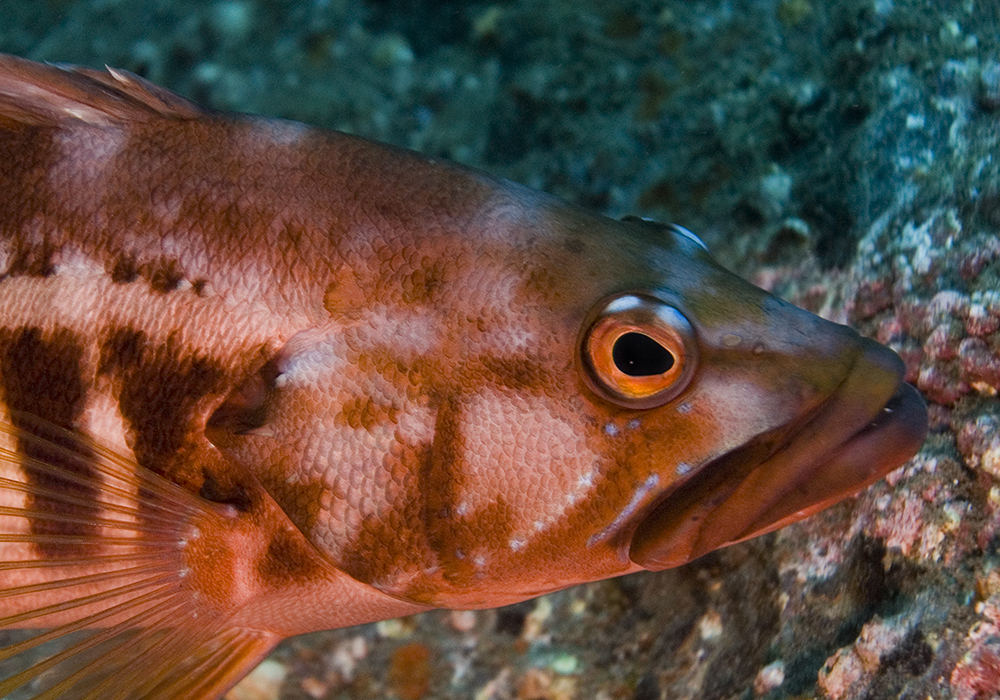 I have found these fish to be quite inquisitive, often allowing me to get a shot.  Quite a difference when compared to groupers, which, with the exception of a few protected populations will keep well clear of divers, in case they are carrying spear guns.