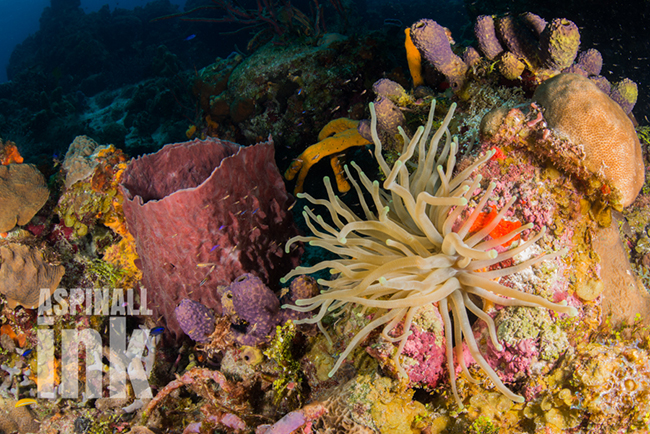 A Condy amidst a matrix of colorful sponges and encrusting growth

Condylactis gigantea is a common anemone from the Caribbean region and is encountered on shallow reefs throughout the West Indies and up into Floridian waters. It is often used in aquaria, but I still find it odd when I see the animal in the wild.  I’m so used to Indo Pacific anemones, which almost always seem to have some species hosting within them.

Having learned my photography trade with Anemones hosting clowns and damsels, I’m always ready to take an easy shot of a clown in its residence, but in these pictures, I’ve made an effort to shoot the ‘nem in its natural environment instead, and I hope it offers some inspiration for aquascaping. 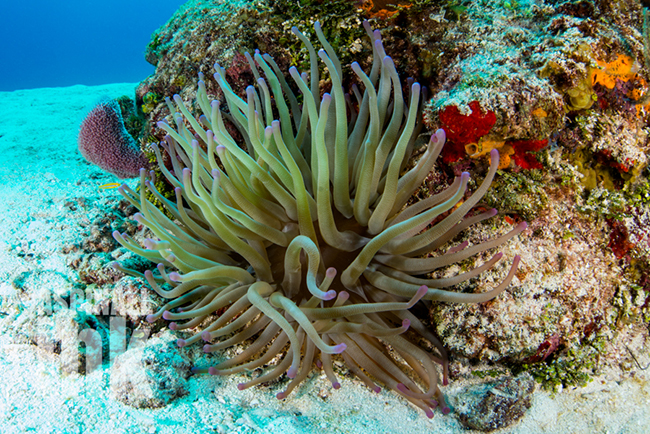 a nice purple-tipped specimen, when disturbed it will retreat partially under the rock

A quick internet trawl reveals that clowns do, on occasion, host in Condys, but it is not without some risk to the fish; they may be eaten. If you want a anemone/clown symbiosis, a Bubble Tip Anemone might be a better option.

Condys do host some commensal species, mainly crustaceans, but some accounts exist of cardinal fish species associating with the anemone, though my reading doesn’t say whether they make contact with the Condy’s tentacles or the fish just ‘hang out’ in the nem’s general area for protection.  Research has shown that the cardinals do not appear to be immune to the nem’s stings, so this seems likely. 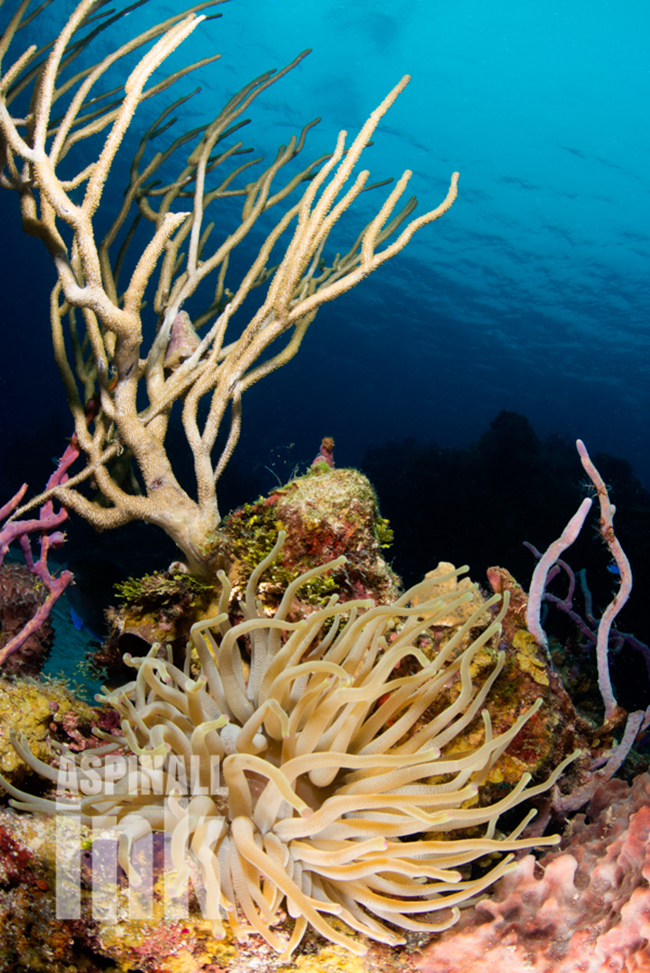 If you do decide to keep a Condy, bear in mind they can reach quite a size and may not stay where you want them. 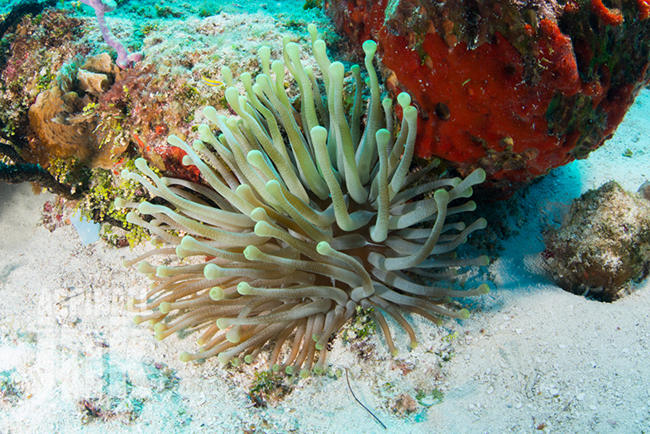