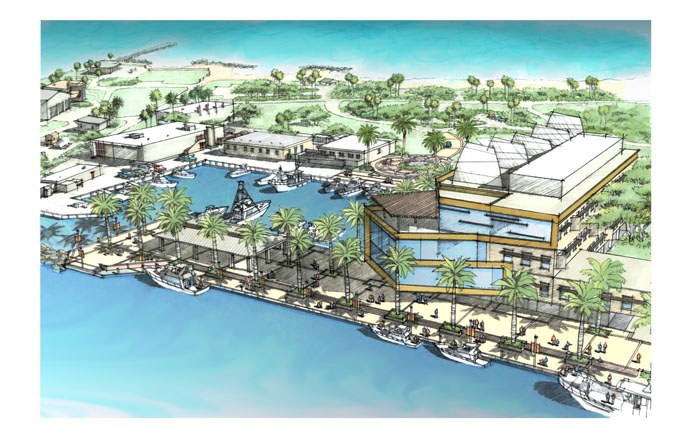 Coral reef ecosystem center only one in the nation

Known as the Center of Excellence for Coral Reef Ecosystems Science Research Facility, the 86,000-square-foot building will cost $30 million. NSU is using a $15-million federal stimulus grant and its own matching funds to build the facility.

NSU was among 12 universities out of 167 applying nationwide to receive the competitive and prestigious grant from the U.S. Department of Commerce’s National Institute of Standards and Technology. NSU was one of two universities that received the full amount of $15 million.

“I am thrilled that Nova Southeastern University has this opportunity to continue its leadership role in Florida’s and the nation’s science and research economy,” said NSU Chancellor Ray Ferrero, Jr., J.D. “This type of research infrastructure is urgently needed to support economic growth and environmental sustainability in our region.”

Using the largest research grant in NSU’s history, the center will be the only research facility in the nation dedicated to coral reef ecosystem research, which are the reefs and their surrounding environment. It will have space for offices, laboratories that allow for research collaboration, training, and staging for fieldwork. The goal is to expand research by current and new faculty researchers, visiting scientists, post-doctoral fellows, and graduate students.

“While much of the South Florida economy is stagnating, I proud that an exciting and unique development project is happening in Hollywood,” said Mayor Peter Bober of Hollywood, Florida.  “The $30-million Center of Excellence will not only create jobs and bring a prominent research hub to the city, but it can also be a catalyst for future collaborations between the City and Nova Southeastern.  We welcome NSU to Hollywood with open arms.”