Coral aggression or not? 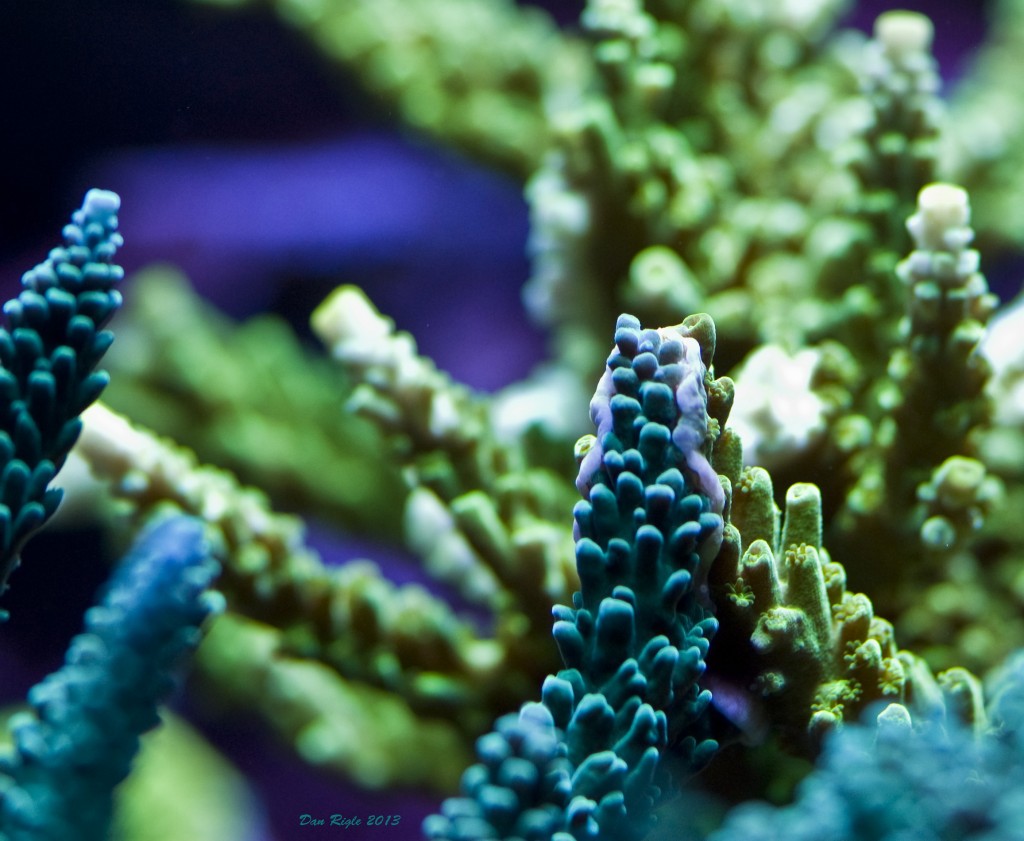 Corals of the same species that do not have aggressive tendencies can grow together and get along quite nicely at times as seen in this image. It is a trial and error process generally speaking but one can place most Acropora specimens fairly close to each other without tragedy in many cases. However, this is not true with some of more aggressive stoney corals specifically in the Pocillopora and Stylophora genus and more obvious and extreme in the more fleshy stoney coral families such as Euphyllia.  Careful placement of these corals with some space between colonies would be required while with many Acropora specimens one can allow the corals to grow into a forest and the branches can touch without strong competitive alleopathy or aggression.