A recent study has documented a historical decline in coral growth on the Great Barrier Reef of Australia. A team led by Carnegie’s Ken Caldeira compared measurements of the rate of calcification on a segment of the GBR called Bird Island between 1975 and 1979 to those made at a neighboring Island in 2008 and 2009. The team found that the rates of calcification were 40 percent lower during the 2008-2009 period than in the 1975-1979 period. 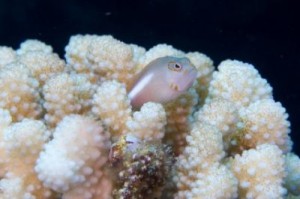 “Coral reefs are getting hammered,” said Caldeira. “Ocean acidification, global warming, coastal pollution, and overfishing are all damaging coral reefs. Coral reefs have been around for millions of years, but are likely to become a thing of the past unless we start running our economy as if the sea and sky matters to us very soon.” Read more here.