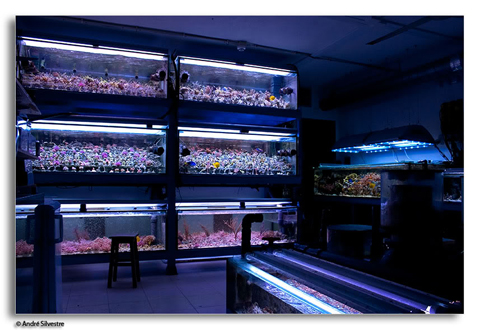 Globalization! With the advent of the internet and consequently the reef-forums, reef-knowledge is being spreading instantly through over the world.

But there is still one problem over this equation – Language. There are still a lot of husbandry techniques that are limited to some countries, especially those who don’t have English as first language, as many countries in Europe and Asia. I usually get reef-news first from USA, thanks to blogs like Reefs.com, than from neighbour countries from Europe. Therefore, this is the main reason why I´ve decided to create a series of articles calling the Best Reefs from Europe. The aim is to share with you what is happening on the underground world of the non-English European forums. 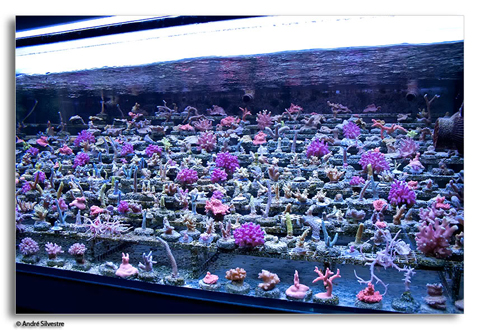 I couldn’t find best reef system to start this series than the coral farm of my very good friend Machado de Sousa, from Portugal. This is a non-commercial project (at least until now) that started almost 4 years ago. Machado decided to rent a garage, 25Km (15 miles) away from his home, and fill it up with as many corals/frags as he can.

This project is so good and so different from what we’ve ever saw, that has drawn the attention of National TV. Yes… This project was already filmed and passed on the 8pm news. It’s a kind of our own small “Tanked” show.

Enough of soft talking… let’s go to what really matters!

Coral Maternity has more than 6,000L aquariums packed with corals and distributed in this way:

650L (170 gallon) Fringing reef Tank:  This aquarium is where the coral “bank” is located.

450L (120 gallon) Nursery Tank – This is the tank where he used to place corals from the first phase of reproduction (polyps or tiny frag’s,) Nowadays, due to heavy stocking he puts there frag´s from all other aquariums that compose this system.

Daycare tanks vertically distributed – These tanks are built on a metal structure with three levels with two tanks per level. Initially, they received the “babies” grown-ups that were coming from Nursery. Currently, these aquariums receive corals from all aquariums in the system. Each aquarium holds 780L (aprox 200 gallon), making a total of 4860L (aprox 1200 gallon). 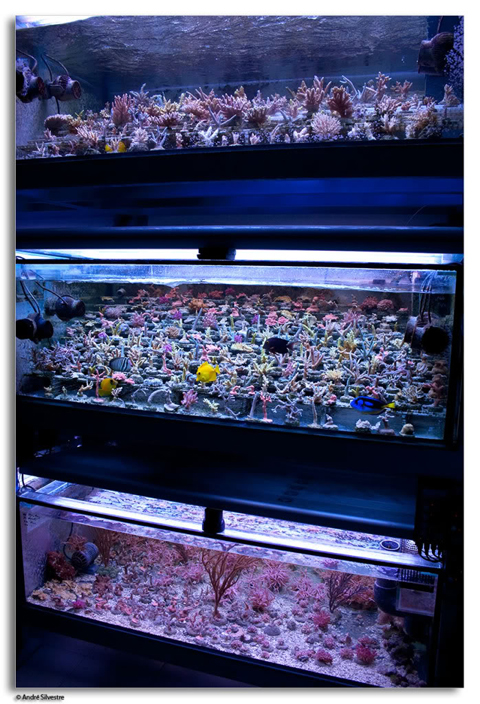 100L (25 gallon) Aquarium to place recently glued frags – This tank is attached to the sump and has a laminar flow of water. This is where the frags are placed immediately after  fixed them to the bases.

200L  (50 gallon) Aquariums (Quaratine tanks) – On this aquarium, corals are placed to perform a treatment or just for observation. 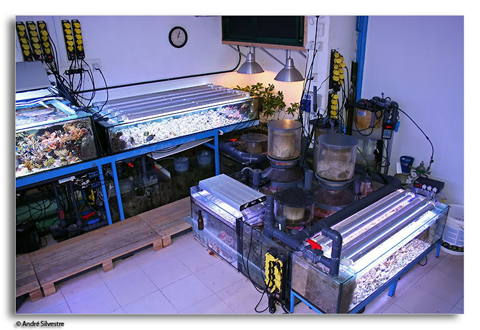 All tanks are illuminated with T5 lamps, except the Fringing tank which is powered with two Plasma fixtures Infinity Vision (Sfiligoi). 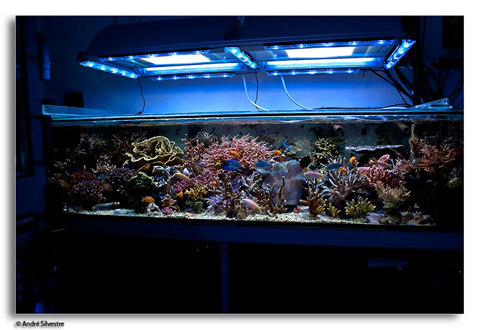 Circulation is made by tunze powerheads and one wavebox in each aquarium.

Calcium supplementation is done through a Deltec PF1370 filled with 95kg midia.

Over the years, Machado proved that we can frag SPS corals as tiny a finger nail and moreover he demonstrated that you can seed a huge amount corals for the hobby, regardless the money that you can spend or win with a project like this. 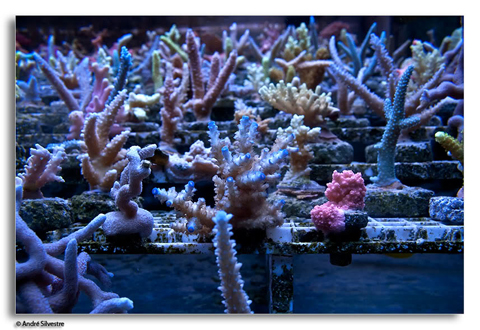 What I would like to highlight is the fact that if an amateur hobbyist (Civil Engineering by the way)  can have thousands of corals in a small garage, imagine a marine institute or a professional distribuitor managed by biologists.

In my opinion, hobbyists, professional hobbyists and marine biologists should cooperate more by sharing knowledge or techniques. This system is a great example of how we can provide a huge amount of corals into the market and therefore preserve reefs and keep our hobby sustainable. 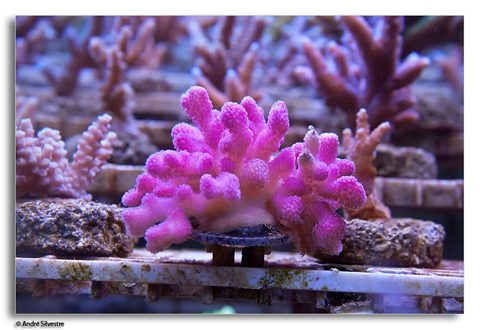 And a recent Youtube Video: Coral Maternity updated in Oct, 2011