Education and awareness are the most powerful tools we have to ensure that future generations will be as concerned for the well being of Planet Earth’s oceans and reefs as most of us in the hobby are today.  I believe in this very strongly. No matter if it’s a facility such as the Sertoma Butterfly House, a zoo, classroom or 5 minutes spent in front of the tanks at my home with someone who otherwise would never think of the ocean and its creatures. If they learn something new there’s a chance they’ll take interest and become part of the solution.

This past spring, a generous gift made by a lifelong saltwater enthusiast was left to the Sertoma Butterfly House (SBH) in Sioux Falls, SD. Charles “Chuck” Purdy’s dying wish was that his beloved collection of corals, fish and invertebrates be passed on and cared for as deeply as he had in life. He wanted people to learn about the oceans and the animals that call it home. Administrators at SBH stepped up to the plate and on April 9th, 2011 the Purdy Marine Cove annex opened to the public.

The name Sertoma is an acronym for the founding clubs mission Service to  Mankind and operates in accordance with the founding Noon Sertoma Club. Since its opening in 2002 SBH has operated as a non-profit educational facility which receives no funding from city, state or federal sources. All the funding collected by the organization is acquired through admissions, gift shop sales and charitable donations. With only 3 full time staff, part-timers and volunteers complete the great staff that makes SBH a great place to visit and learn.

Keeping in accordance with its mission, service to mankind is met through monthly educational topics and events. SBH also hosts a  3 day long summer day camp for youth in two age groups, 5 to 7 and 8 to 10 years old. Fins and Flutters gives children the chance to learn and explore marine environments and nature. The children learn while having fun, which is in my opinion the best guarantee the information their young minds take in will stick with them for life. The education doesn’t stop there. For the past 5 years SBH has been allowed to offer no-cost field trips for students Kindergarten through 5th grade from schools covering the region. This has been made possible with the help of the Floyd Grant, a grant that has been given to SBH for the past 5 years. 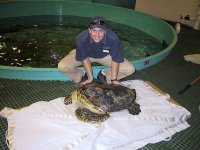 Grant C. Anderson is a Marine biologist with an impressive professional resume. His work has taken him all over the country and includes employment with Aquarium of the Americas, New Orleans LA, the Henry Doorly Zoo, Omaha NE, and the Shark Reef at Mandalay Bay, Las Vegas NV to name a few. Previous proprietor of Oceans of the Midwest, Grant now is employed part time by SBH as Purdy Marine Cove’s aquarium curator. He oversees and is responsible for the care of 12 aquarium exhibits which total nearly 2500 gallons, 1,924 of which is saltwater. Grant’s knowledge of and experience diving on natural marine ecosystems was the guiding light to some of the most impressive aquatic exhibits I’ve seen. He and his team of volunteers from the area and local reef clubs really knocked it out of the park when they worked together to aquascape each of the aquariums. If you ever get the opportunity to visit the Cove, plan on spending a couple of hours to take it all in. 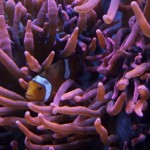 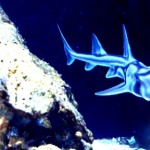 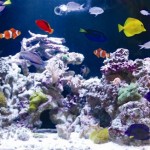 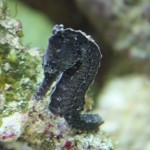 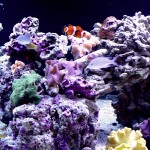 Again, if you ever find yourself in Sioux Falls, SD this might be someplace you’d want to stop and check out. You can do just that year round, though the hours change a bit from summer to winter, the Sertoma Butterfly House and Purdy Marine Cove are open 7 days a week.