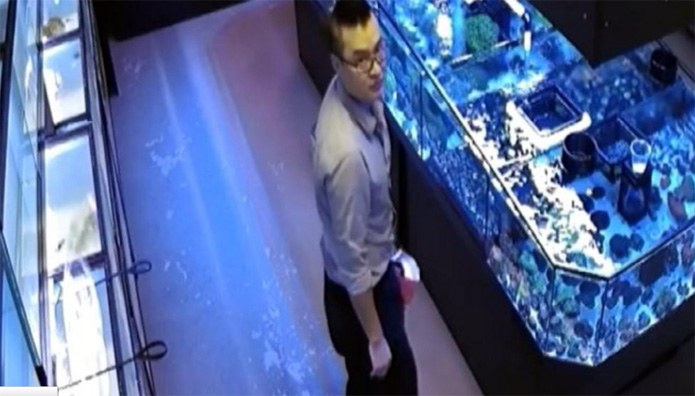 The thief appears to be aware of the cameras … and still decided to steal the corals and clams! Seriously?


A&R Aquarium just celebrated their grand opening this past weekend.  They’re also celebrating something else.  Their surveillance cameras caught a thief cherry-picking multiple corals and clams from their open-top holding tanks in one of the more audacious and greedy LFS livestock heists we’ve seen yet.

So brazen was this theft that, as the video below shows, Lin snatches corals literally behind the back of store staff!

When the store owners, Adam Lewis and Lisa Martin, confronted Lin in the parking lot, Lin first denied stealing corals and handed them one of his empty bags.  Upon pressing the issue further, Lin handed Lewis another bag that contained stolen corals and a clam.  According to reporting by WFLA, “Lewis said he was willing to let things slide if Lin gave up the rest of what he took.  ‘He chose to say he didn’t have any more when he actually did,’ said Lewis.”

And so the cops were called, and Lin was arrested and now is charged with grand theft.