At one time, Deep Creek Lake Maryland, where I live, was a thriving real estate mecca. Being situated close to Washington, DC, northern Virginia and Baltimore, it became a playground and second home for the affluent who had grown tired of the stressful living conditions their urban homes offered. Even though I entered real estate sales late in the game, the market was still booming and housing prices were so high, you only had to sell a handful of lake homes per year to make a comfortable salary. As the housing crisis swept the country, the local market became flooded with inventory and slowly the whole industry came to a halt.

As I see the numerous coral vendors popping up everywhere, I wonder if the same thing isn’t happening in the reef aquarium world. The market is flooding and so many vendors exist, it’s getting hard to tell the good guys from the bad. Is this just modernization of the industry, based around the 21st century, ultra-connected marketplace and is it good, or bad for reef aquarists?

What is a coral vendor?

The term “coral vendor” has changed a lot over the years. Once, it was simply a local fish store (LFS) that occasionally got in a coral, or gorgonian and sold it for whatever they could get. Back then, no one really knew how to keep these animals alive long-term, but we liked decorating our tanks with them, the same way you decorate a kitchen table with fresh cut flowers. Then upper-end fish outlets started carrying corals, and offering advice on how to keep them long term. They also started carrying very high output fluorescent lights, along with power compacts and metal halides as they came along. It wasn’t long till you could buy corals here and there, right off the internet. 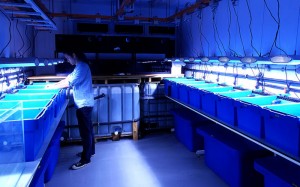 Today, there are many aqua-culture outlets that cater to coral enthusiasts. Nearly all ship their livestock all over the world, and I would argue that the internet is the best place to snag beautiful corals. I’ve done business, at one time or another, with most of them. Some of these facilities have pioneered the expansion of captive grown coral species and along the way, helped propagate many popular color morphs of beloved corals. Most modern day coral vendors focus on corals. While they may carry a few fish, most of their stock is reef safe and takes a backseat to diverse coral life. If you count off the number of dedicated coral facilities, physical locations where coral’s are propagated and sold, you wouldn’t worry that there is a flooded marketplace. Each outlet sells stock at competitive prices, often within a few dollars range of each other. Some outlets specialize in large polyp stony corals, while others favor small polyp stony species, and other colorful reef invertebrates. It’s a healthy market where abuse of the consumer is uncommon, and honestly I’ve never had measurable problems with any of the solidified coral retailers online.

So, where is the problem? 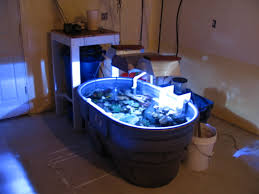 A healthy marketplace, a variety of options and retailers specializing in various species, what more could a reef aquarist want? All seems well, until you log onto Facebook or any aquarium forum. Facebook has a constantly growing coral market. I can’t imagine the total number of “coral vendors” on Facebook, but on my friends list alone there are hundreds. Ultra 4k corals, mind over matter corals, the list goes on, and on, and on. Here, an aquarist can throw everything they’ve learned from price to quality out of the window. There seems to be no playbook for online coral vendors. Some auction off corals, such as sought after bleeding apple scolies, for a $ 40.00 starting bid. Others sell not terribly uncommon acan morphs for $ 600-700. A select few sell colorful zooanthid polyps for $ 400-500 per polyp. While many would shake their heads and imagine such a marketplace is doomed to fail, they would be shocked to learn some of these vendors are flourishing, with a strict group of followers who not only buy, but also defend these outlets from questions of pricing or ethics.

But alright, so a large group of coral “vendors” have popped up, hosting auctions on Facebook and possibly skewing prices, this can’t really hurt the market, can it? Let’s take a look at an aquarist starting a reef tank. Chances are, their first series of informative encounters will occur on the internet. If they go to an online forum, chances are they will encounter vendors and coral auctions. Many new aquarists venture onto a forum for information, so it’s highly likely they could make the assumption that a forum auction is a great place to get livestock. If you’re entering the hobby, you have some degree of disposable capital. By this I mean, income that doesn’t have to go to your basic needs. 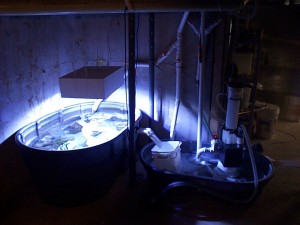 Reef tanks are expensive, and it doesn’t take long stepping into the hobby to figure this out. After they’ve poured a tremendous effort into setting up the tank, chances are new aquarists will want something beautiful to showcase. Here is where the problem begins. Many coral species are beautiful, and many rare or unique corals aren’t terribly expensive. If a new aquarist gets suckered into paying through the nose for a coral, and it dies, chances are their relationship with the hobby will turn sour. If a new hobbyist buys a nice coral for a fair price, and it dies, they are likely to replace that coral and seek competent advice on how to keep it. 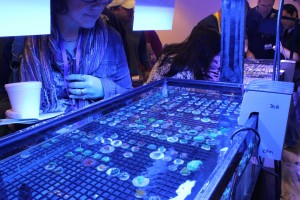 I worked with an aquarist, who had spent thousands of dollars stocking his tank with a Facebook/Forum coral retailer. The advice they had given was questionable, and in the end, all the corals he purchased died. When he arrived at my door, he was ready to quit the hobby. Suddenly, when I explained that beautiful corals, equally as rare and attractive as the ones he had paid hundreds of dollars for, could be had for a fraction of the price, the aquarist was in shock. To his amazement, most of what he had been told was incorrect and likely designed to get him in the door, buying highly over-priced livestock.

Another problem, there is no door: 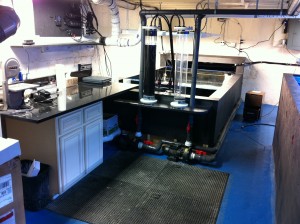 Aquaculture outlets have a facility, one that is expensive to run. Often, these outlets are proud of their accomplishments. Just this sense of pride, pursuit of further progress and facility which they are responsible for, secures for customers a certain level of care and commitment. If a customer is given botched information and sold overpriced corals that experience will spread like a wildfire. If it causes the business to lose customers, or fail to gain new ones, suddenly this beautiful facility is a massive albatross. Aquaculture facilities have to gain the respect of their clients, or they could never succeed. Outlets that serve the entire world via the internet, are under more pressure than ever.

For a Facebook vendor, hosting auctions on forums and social media, they don’t need a facility. A few aquariums in the basement is more than enough to suffice. If someone has a bad experience and begins advertising it, these vendors simply change their name and create a new forum/Facebook profile. In most cases, they have no business license, no permit, no certification, nothing but a forum/Facebook profile and an email address.

Some interesting things have happened, with the rise of so many coral vendors. Normally, when a market is flooded with product, the price of the product drops, sometimes significantly. Oddly enough, one of the easiest ways to spot a potentially problematic vendor is price. If a coral auction is offering something at a bottom barrel, almost unheard of price, then it could be difficult to determine if the vendor selling it is legitimate, or simply working out of their basement. On the flip side, if the price seems outrageous and uncommonly high, it can be assumed that the vendor is trying to take advantage of aquarists by creating the belief that what they are selling is uncommonly rare. An example of this are signature, or specialty named rose bubble tipped anemones (RBTA).

A RBTA anemone, depending on size, normally sells for $ 150-300 (give or take). Recently RBTAs priced at 500-600+ have hit the market, with flashy names and the appeal that somehow, they are far more beautiful than other RBTAs. Some vendors peddling these anemones have been accused of manipulating digital photos to make the anemone more colorful, or only posting photos of the anemone under actinic lighting. The reality is that any RBTA when cared for properly, and kept under appropriate conditions is very beautiful under a variety of lighting spectrums. I recently spoke with an aquarist who had spent several thousand dollars on multiple specialty anemones, all of which were dying. He informed me that if they died, he was throwing in the towel as he couldn’t afford to keep a reef aquarium after suffering such a loss. When I asked if he had any other corals or invertebrates in the tank, he said no. In his search for something rare and unique, he decided to spend his total allotment of aquarium funds on these anemones, which were slowly withering away.

I can’t see any way that a scenario such of this, offers a fair or appealing introduction into the reef aquarium hobby.