Coralline Algae: What Is It and Why Is It Important in Reef Tanks? 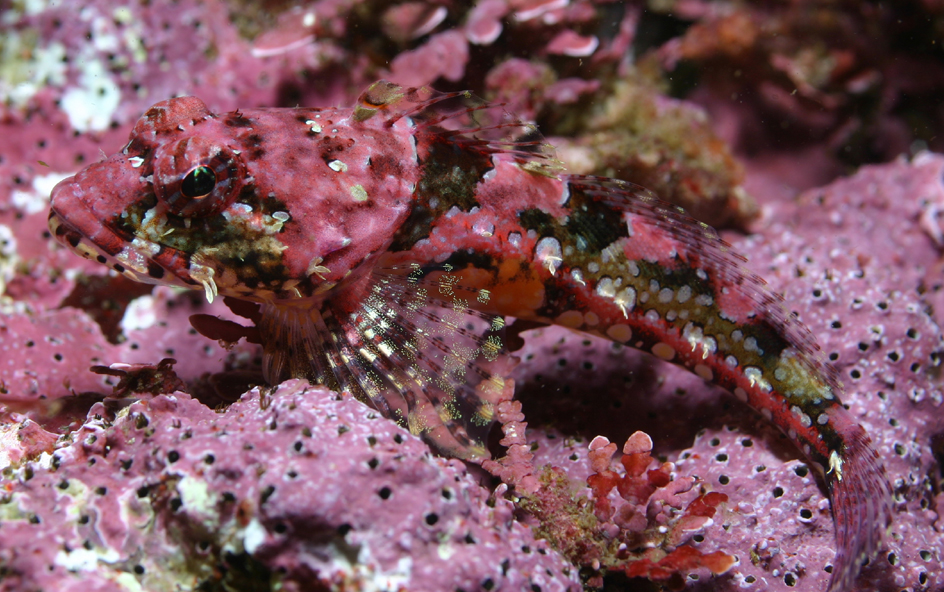 Coralline Algae is one of the highlights of a stable, healthy reef aquarium. They are attractive in color and add more of a natural element to your ecosystem. They also provide added structural support and are an indicator of an ecosystem that can support stony coral growth.

While a bit of a challenge to understand and nurture at first, Coralline Algae are well worth your time getting to know!

What is Coralline Algae? 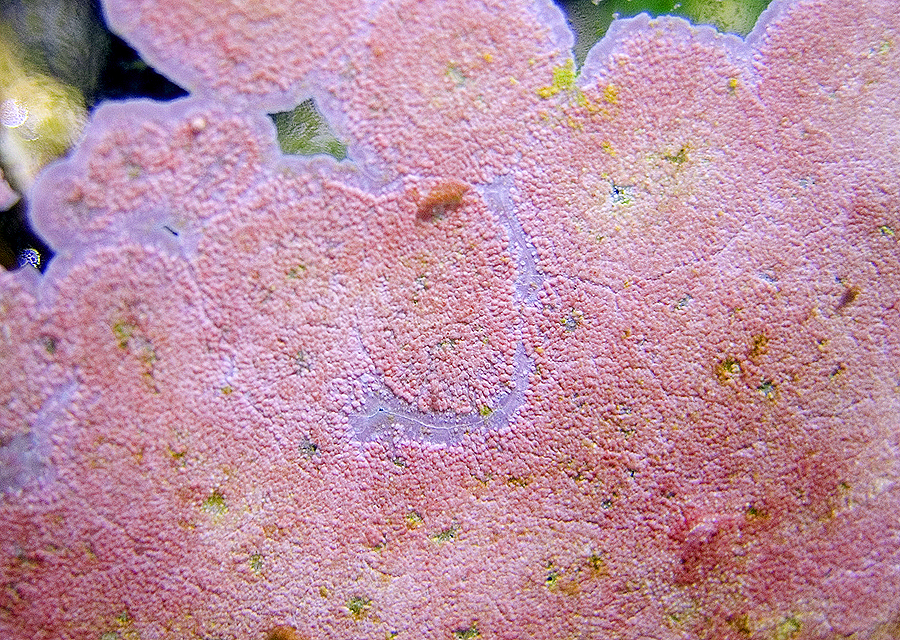 Simply put, Coralline Algae are a variety of Red Algae that belong to the order Corallinales. Red Algae are a very diverse group, with most species existing as multicellular marine organisms that reproduce sexually. A few, such as Dulse and Laver, are harvested and cultivated for food around the world. The red color comes from Phycoerythrin, an accessory pigment to the chlorophyll that Coralline Algae use to harvest light.

Coralline Algae are from the intertidal zone of shorelines where they receive alternating immersion and full air exposure to waters as deep as 270 meters; the maximum light penetration zone. While Coralline Algae have been around since the Cretaceous Period; all save a single species (a freshwater species from Croatia) are marine and a select few can tolerate brackish water. The mineralized water of the oceans is mandatory for sourcing the necessary ingredients to form their aragonite skeletons.

As photosynthetic organisms, they require at least some light, though how much depends entirely on the species in question. Their phycoerythrin pigments are theorized to help Red Algae thrive in dim regions other photosynthetic creatures can’t. Part of the challenge in keeping Coralline Algae is providing light suitable to the particular strain in question. Some prefer bright lighting while others can only grow in low light environments. Some species need ample UV while others still can be harmed by it.

However, they aren’t too fussy when it comes to choosing a substrate to bond with. Coralline Algae will grow on rocks, stony Corals, the shells of invertebrates like snails and lobsters, aquarium glass, and submerged pieces of equipment like filter and powerhead outflows. This can make them a frustrating element for aquarists who don’t intend to encourage its growth.

How is Coralline Algae Beneficial to Reef Aquariums? 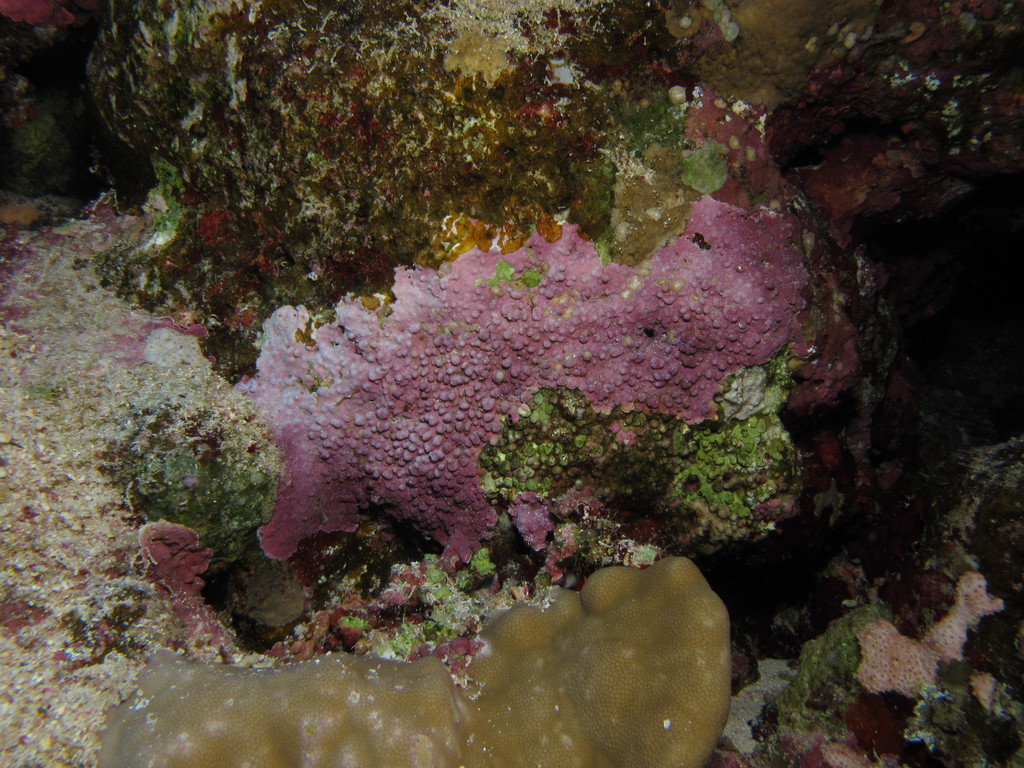 Coralline Algae are integral to the health of natural reef ecosystems and provide many of the same benefits within your reef aquarium! They are an indicator of a healthy environment as, like stony Corals, they take time to develop and mature. Ample calcium, magnesium, carbonate, and trace elements ensure the health of both organisms.

On my site, BuildYourAquarium.com, I expand on these ideas: “Coralline Algae act as binding agents for reefs both natural and manmade. They spread and seal cracks in the substrate and enhance the stability of structures in your aquarium. If the blocks of coral frags and Live Rock are bricks, Coralline Algae is the mortar that glues it all together.”

Coralline Algae also helps control the growth of less desirable algae strains by harvesting free floating nutrients that would otherwise be taken up by these rapidly growing cells. Coralline Algae also have defenses against colonization by algae – they shed their outer layer periodically to thwart competing algae that would block light over time.

Corals and other sessile invertebrates preferentially attach to Coralline Algae-encrusted rock. It’s as if they take the presence of the sensitive, long-lived Coralline Algae as a sign of a healthy site. Sensible, considering once attached, sessile organisms are stuck for life.

Finally, they are often as attractive as coral. Coralline Algae come in two major forms: Geniculate Algaes that are tree-like in growth form and Non-Geniculate Algaes that spread like a crust. Non-Geniculate Algaes are more commonly seen and the crust they form ranges from what looks like splotches of paint to wavy/knobby structures reminiscent of true Coral growth. Red, green, pink, and purple hues are most common, with orange and other colors occasionally showing up on Live Rock and in nature.

While beautiful and beneficial, Coralline Algae do create some challenges reef aquarists may not be willing to tackle. The main challenge lies in its tendency to grow on any hard surface, adding to your list of maintenance tasks. Coralline Algae will even attach to aquarium glass.

While a layer of Algae on the rear of the tank creates a beautiful natural backdrop Coralline Algae on the front will obscure vision if left unmanaged. While Coralline Algae binds together Live Rock and other decorations, it can be problematic if it starts binding decor to glass and aquarium equipment.

Since Coralline Algae create an aragonite skeleton similar to true Corals it’s not something that can be easily brushed away. Instead, you’ll need something thin to get under it. A razor blade or even an (expired) credit card can do the trick.

Coralline Algae are indicators of an environment healthy for Stony Corals but can also act as competitors. If you don’t keep a constant eye on the building blocks both organisms require and provide what gets uptaken over time, Coral growth will eventually level off. Given most Coralline Algae’s preference for indirect and moderate to low lighting, they rarely compete directly with Coral for growing space.

Where Can I Get Coralline Algae?

Coralline Algae often seems to manifest spontaneously in a reef aquarium but the spores don’t float freely like freshwater algae. Coralline Algae always comes from an outside source. There are three major ways to get Coralline Algae into your reef tank: 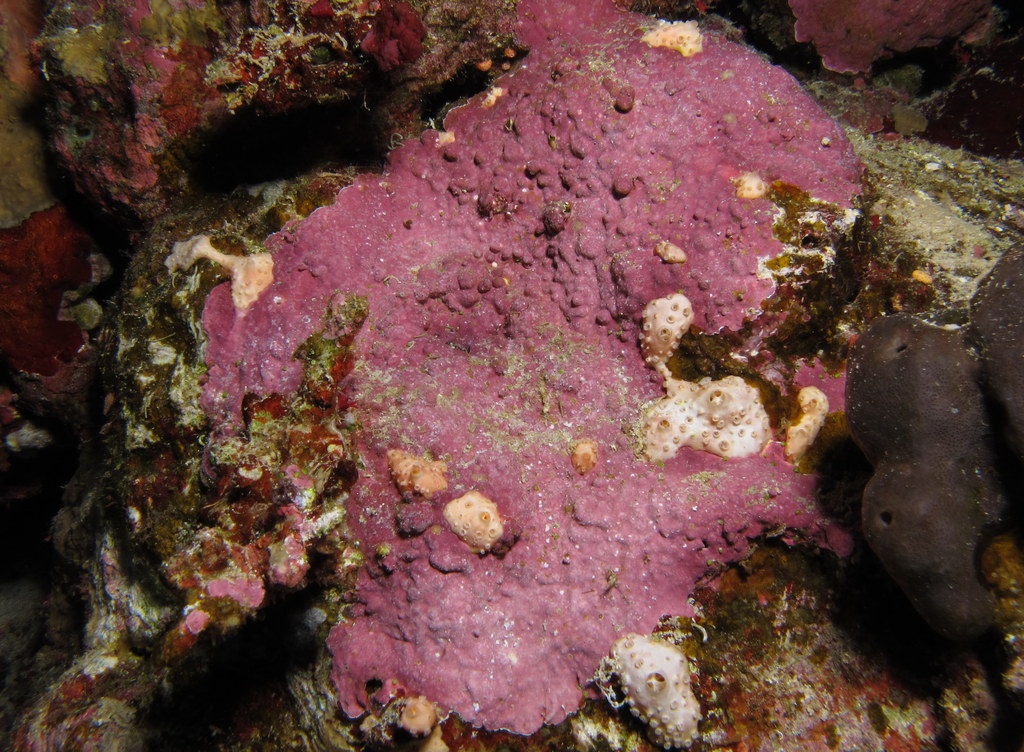 Coralline Algae often grow on Live Rock meant for new reef aquariums. Choosing a piece of rock with visible Algae is one easy way to establish it in your tank. Hermit Crabs often have patches of Coralline Algae growing on their shells as well that will spread to the rest of your tank in stable conditions. Coralline Algae is often seen as an eventuality in reef keeping for this reason; sooner or later a new addition will seed your aquarium.

Donation from Another Tank

Finding a fellow aquarist or pet store with Coralline Algae growth shouldn’t be a challenge. Ask for a scraping of the algae from the glass or equipment during a maintenance period. If you don’t have much time, you can simply dump the scrapings into your tank, ideally in a place with moderate light intensity.

If you get a donation from another aquarist, you can achieve better results by mincing the Algae in water to create a “smoothie” of free floating cells that will spread when introduced into your aquarium. Mix well and add it to the water column via the outflow of your filter or powerhead!

Each bottle contains a mixture of species to establish a dynamic tapestry of vibrant Algae. The catch is that they are sold entirely online due to the 14 day shelf life of bottled Algae. ARC products seed aquariums with both Coralline Algae and nitrifying bacteria, making them ideal for new reef setups.

Coralline Algae aren’t too fussy in terms of water chemistry. They prefer clean water with ample carbonates, calcium, and trace minerals for growth. Phosphates are of special concern as they dampen Coralline Algae growth while encouraging nuisance algae species.

While the chemistry above is nothing special for reef aquariums, Coralline Algae value stability over all else. Fluctuations, even within the normal range, discourage their growth – the algal spores will remain free floating to await stable conditions and existing algae ceases to spread. Stability is one major reason why Coralline Algae are a sign of a mature reef aquarium.

Strontium and Iodine are also important for Coralline Algae growth. Boosts like CaribSea Purple Up Algae Accelerator provide both elements and binds to the surface of Live Rock for easy uptake by Coralline Algae.

Light levels for Coralline Algae is a contentious topic because there are hundreds of different species. It’s best to seed your aquarium with several varieties; Nature will take its course and the species best adapted to your light levels will flourish.

However, if you’re intentionally looking to nurture Coralline Algae, light levels no more than 5 watts per gallon with a strong blue spectrum (such as blue actinic light) encourages growth in most species.

Once you’ve introduced the Coralline Algae and provided the requisite conditions, the last elements are stability and patience. Many users of CaribSea’s Algae Accelerator report rapid growth within a week.

Without accelerators you may have to wait several weeks to months. 5-8 weeks is a typical timeframe for significant growth. Coralline Algae often first appears as small white or green patches on aquarium glass and live rock before solidifying into a pink or purple hued coating. Some species grow fast enough to require weekly scraping of aquarium glass while others may only grow a couple centimeters in diameter per year.