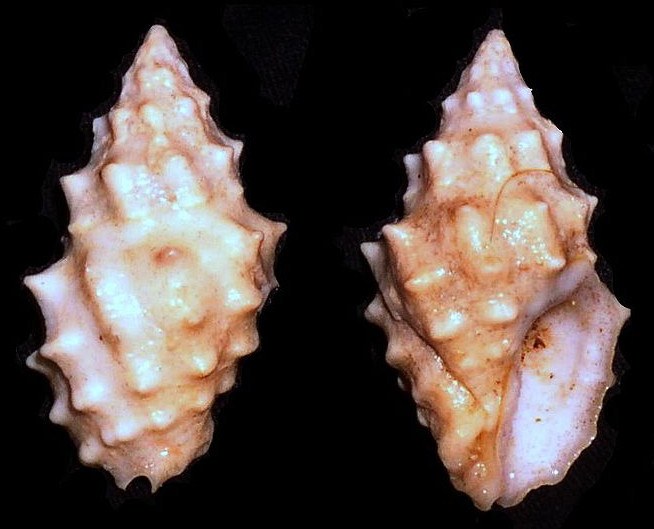 The shell of the corallivorous snail, Drupella sp. Photo from Wikipedia / Drupella.


Published this week in the journal Coral Reefs, researchers Nicolet, Hoogenboom, and others published their findings on the subject in their paper “The corallivorous invertebrate Drupella aids in transmission of brown band disease on the Great Barrier Reef.”

The goal of their research was to better understand how brown band disease is transmitted amonst coral colonies on the Great Barrier Reef as its mode is still uncertain. Their thought was that possibly a corallivorous animal might aid in transmission. Various corallivorous fish were identified, in particular the golden butterflyfish, Chaetodon aureofasciatus. Other potential animals included corallivorous snails of the genus Drupella. Could either of these two species spread the disease from infected coral to healthy colonies?

In controlled experiments, it was found that the golden butterfly fish did not transmit the disease. However, Drupella spp. snails were found to transmit it with 40% of the healthy colonies infected by the time the experiment concluded. The research also highlighted that damaged tissue also plays a key role as an infection point. This supports the current hypothesis that damaged coral tissue is a factor in its infection.