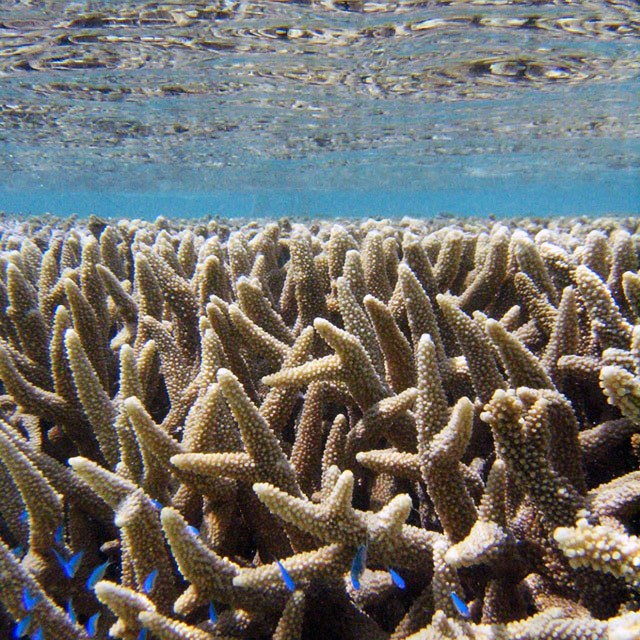 Australian marine scientists have found the first evidence that coral itself may play an important role in regulating local climate.

They have discovered that the coral animal—not just its algal symbiont—makes an important sulphur-based molecule with properties to assist it in many ways, ranging from cellular protection in times of heat stress to local climate cooling by encouraging clouds to form.

These findings have been published in the prestigious weekly science journal Nature.

The researchers have shown that the coral animal makes dimethylsulphoniopropionate (DMSP). “The characteristic ‘smell of the ocean’ is actually derived from this compound, indicating how abundant the molecule is in the marine environment. In fact we could smell it in a single baby coral,” says AIMS chemist Cherie Motti, and co-author on the paper.

Production of DMSP was found to increase when corals are subjected to water temperatures that put them under heat stress. DMSP and its breakdown products act as antioxidants (chemical defence compounds) protecting coral tissues from environmental stress, including that caused by high solar radiation.

The sulphur-based molecules also serve as nuclei for the formation of water droplets in the atmosphere – and hence help to create clouds. If coral numbers decline, the scientists warn, there could be a major decrease in the production of DMSP and this, in turn, will impede cloud formation.

Australia’s Great Barrier Reef is a major hotspot for the emission of sulphur aerosol particles, according to the scientists. “The GBR is the largest biological structure on the planet and the release of these particles along its 2600 km length could constitute a major source of cloud condensation nuclei,” the authors write in their paper.

Title of paper: DMSP biosynthesis by an animal and its role in coral thermal stress response.

[via Science in Public]