Corals on the move – reefs are dynamic places 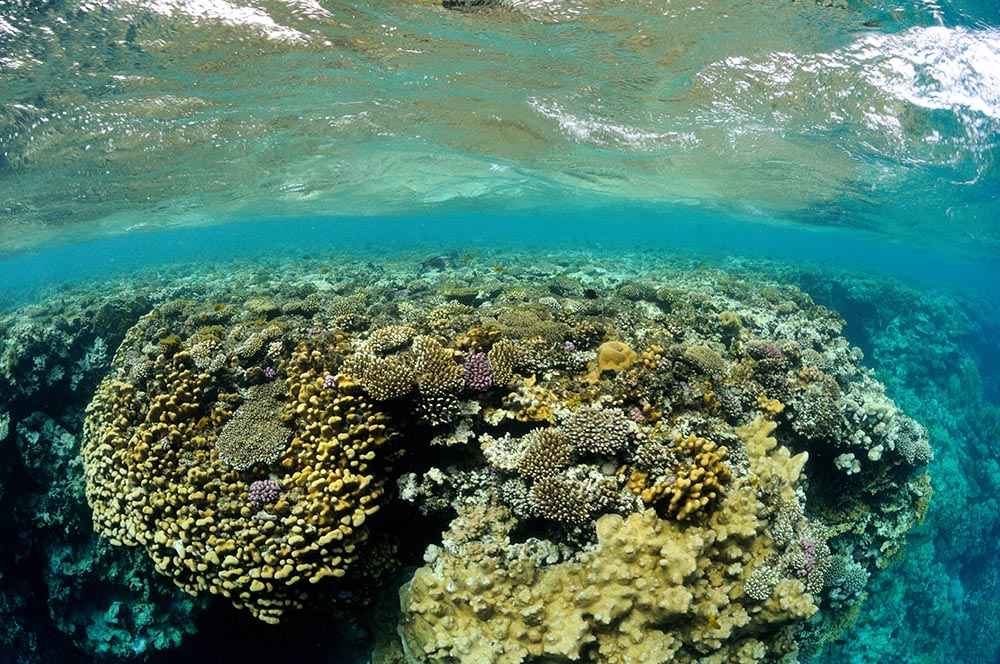 I’ve written before about the dynamic nature of reefs and how reefs in the wild are ever so slowly falling apart as they grow.  Individual corals become too large and, depending upon their origin point, can end up many meters lower if they fall.  If this didn’t happen, we’d be without rubble zones after all!In the image at the top of this post, which shows a seaward reef top, you can see the superb coral growth that is forming a significant overhang.  The large colony to the left is sure to fall at some stage, maybe not all at once, but gravity will win out. 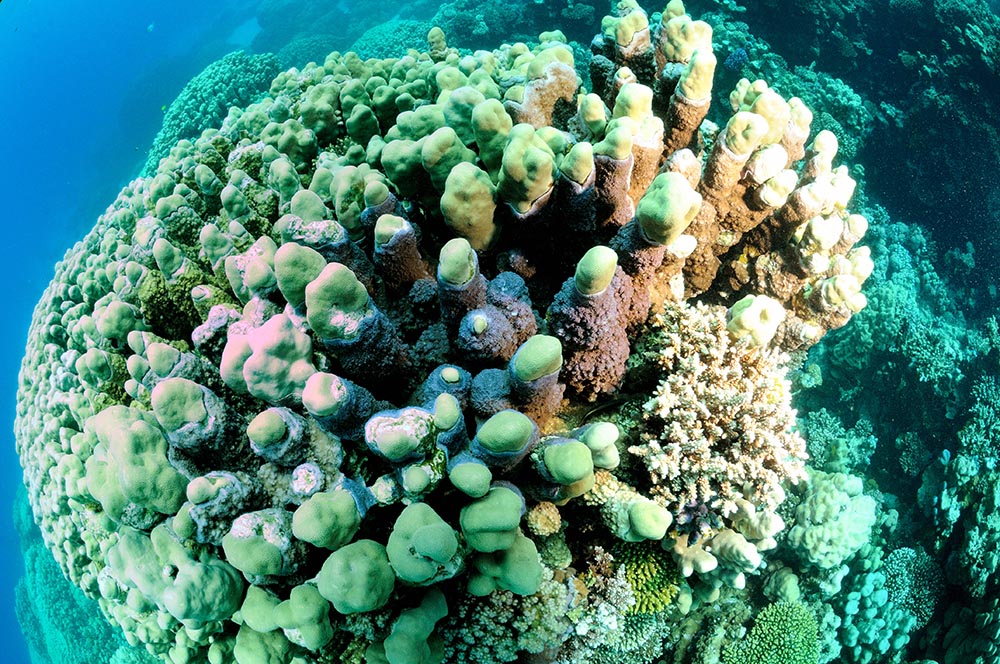 This image shows how a large colony is supporting other coral species, such as this plating species (perhaps Montipora tuberculosa). 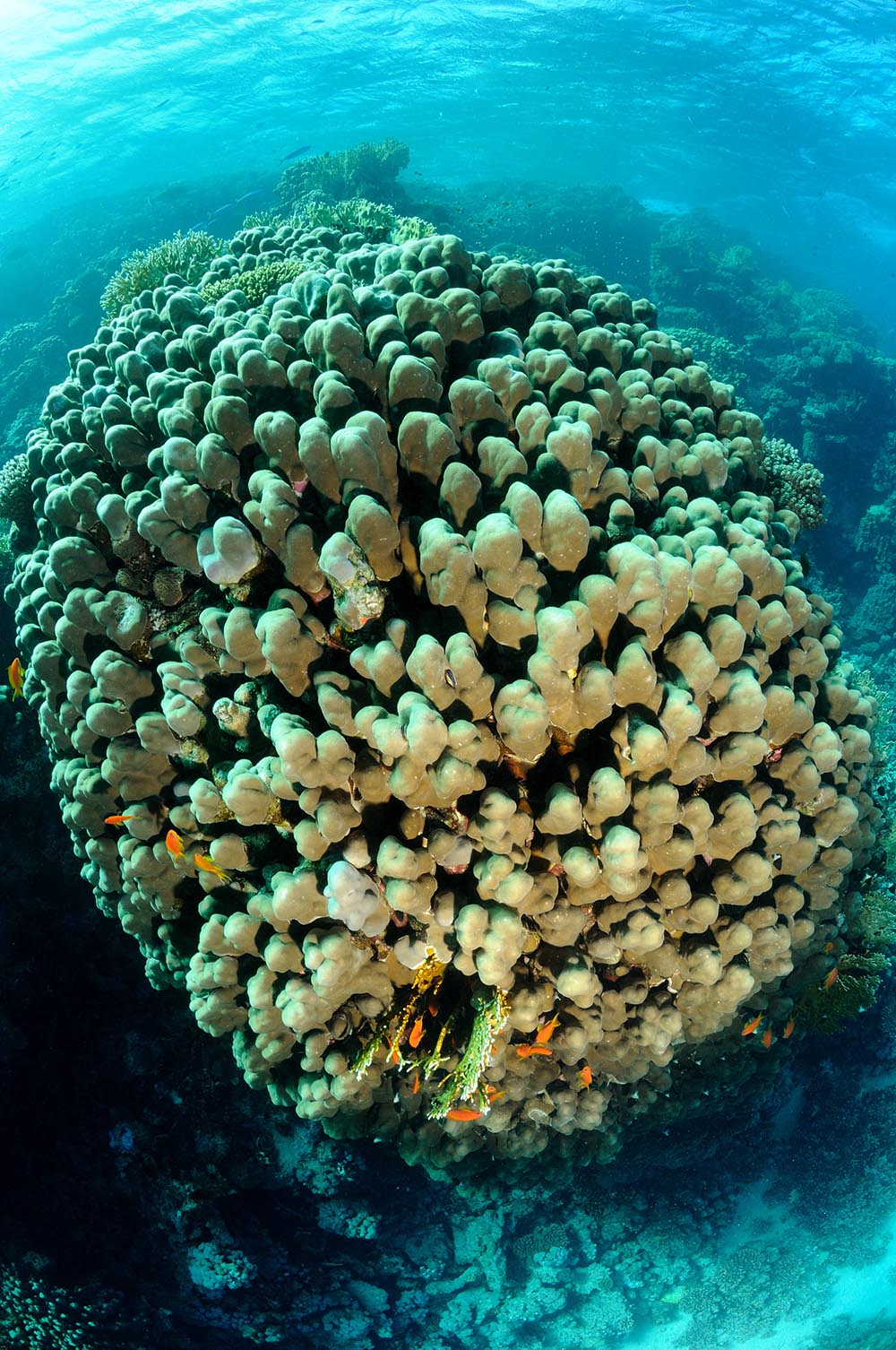 A thriving and massive Porites colony

The reasons for structural collapse of reefs are fairly straightforward: physical damage from storms and wave action are obvious as is damage from ships.  More complex, biological reasons may involve disease, overgrowth and competition, or a combination of factors brought about by gradual structural change and local conditions such as change of local currents as nearby corals grow.  For example, a thriving coral may grow only so far upwards before it is damaged by wave action, allowing other species to take hold in damaged areas. 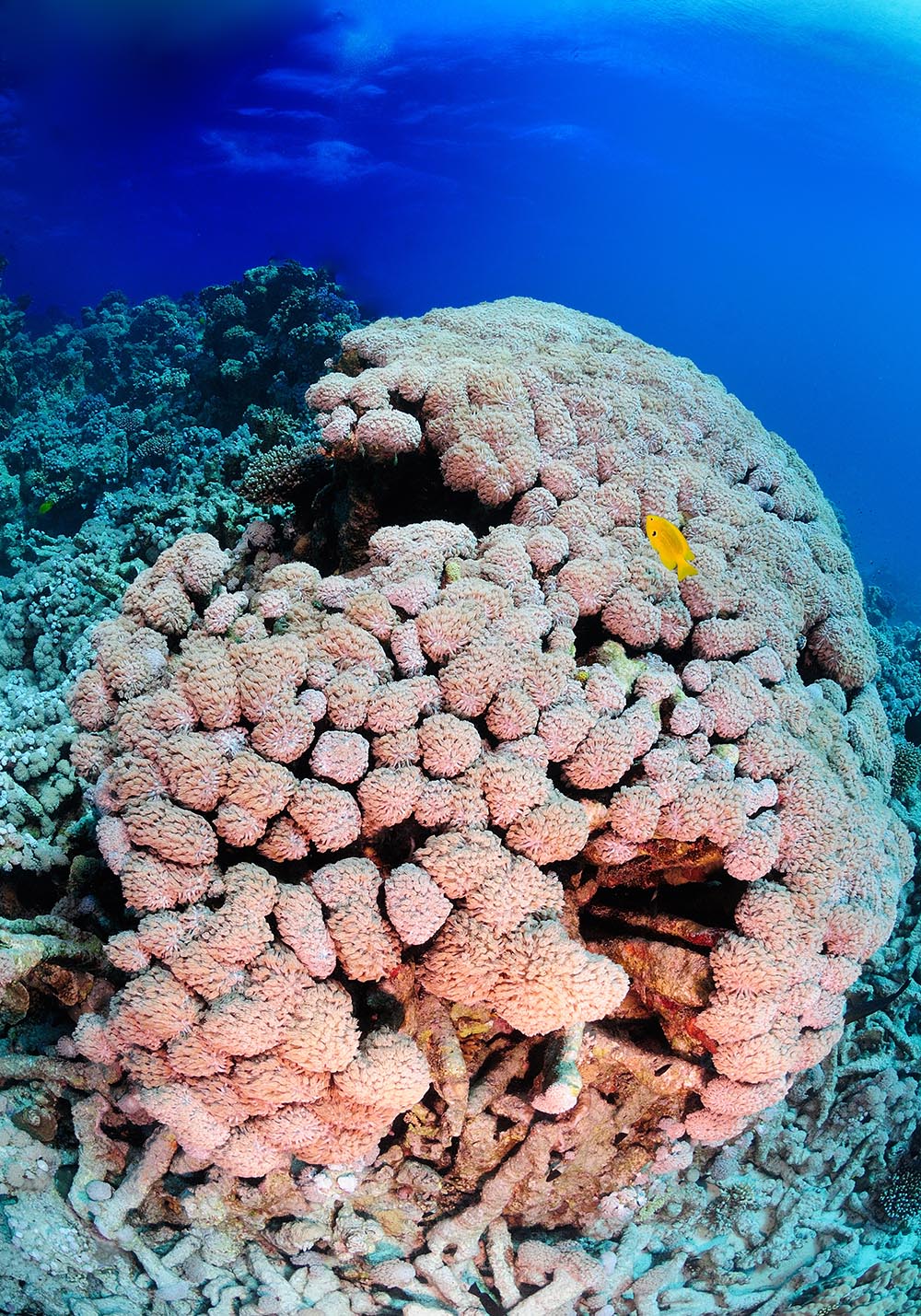 In this image of Gonipora columna (I think), the colony seems to be falling apart, adding bulk to the rubble zone and in the image below, you can see a rubble zone at around 25 meters, composed of corals that have fallen from the reef above. 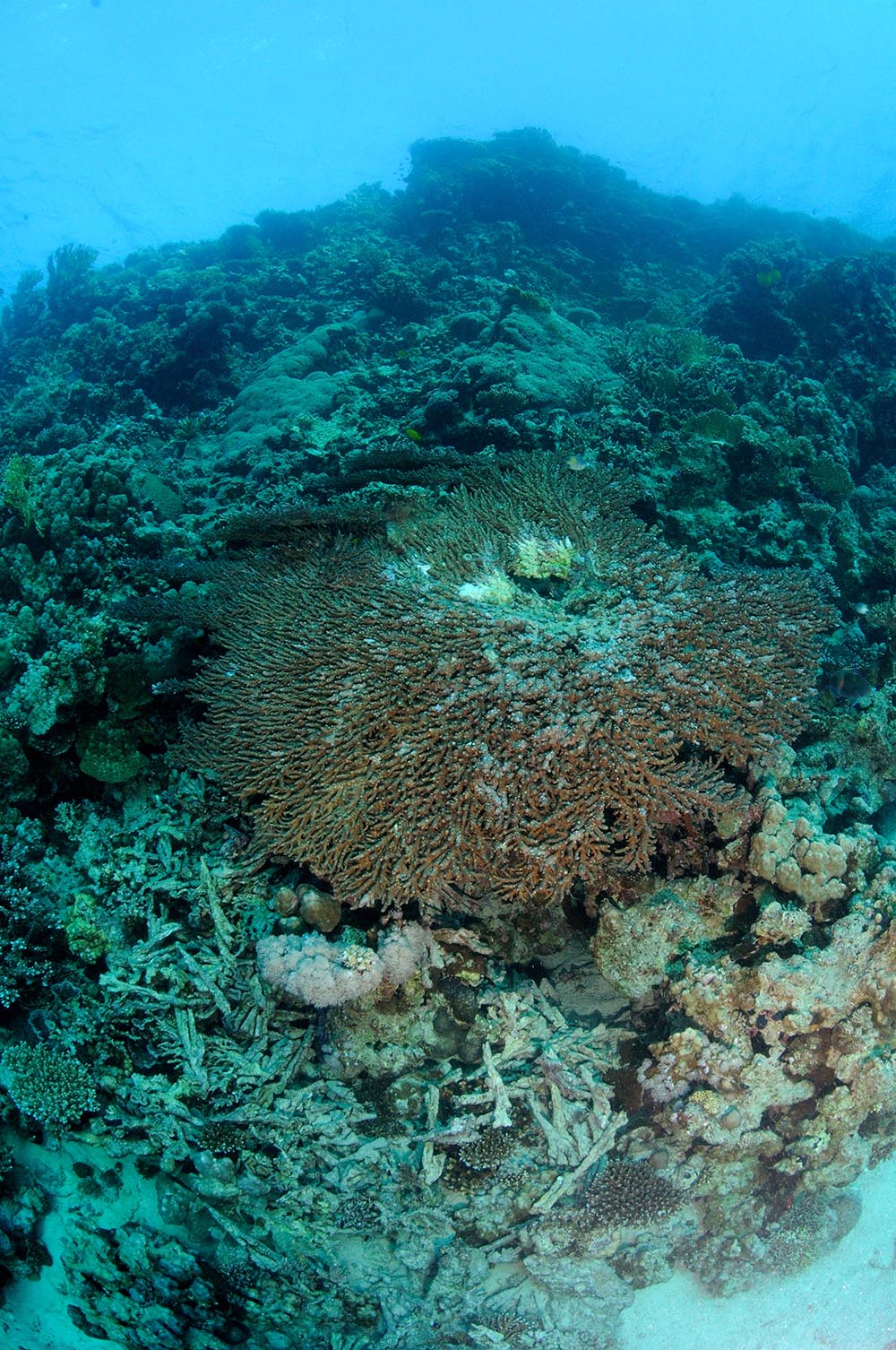 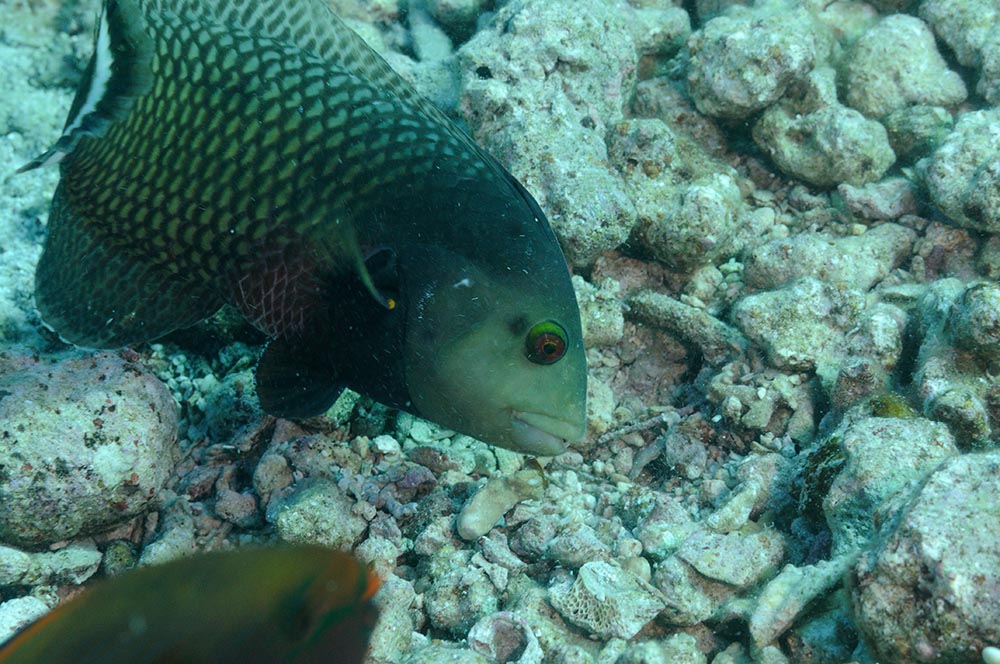 Rubble zones are alive with interesting species.  I watched this Rockmover Wrasse live up to its name for quite some time.  It was tossing apple size pieces of rubble around in search of prey.