Corals on Top of Corals 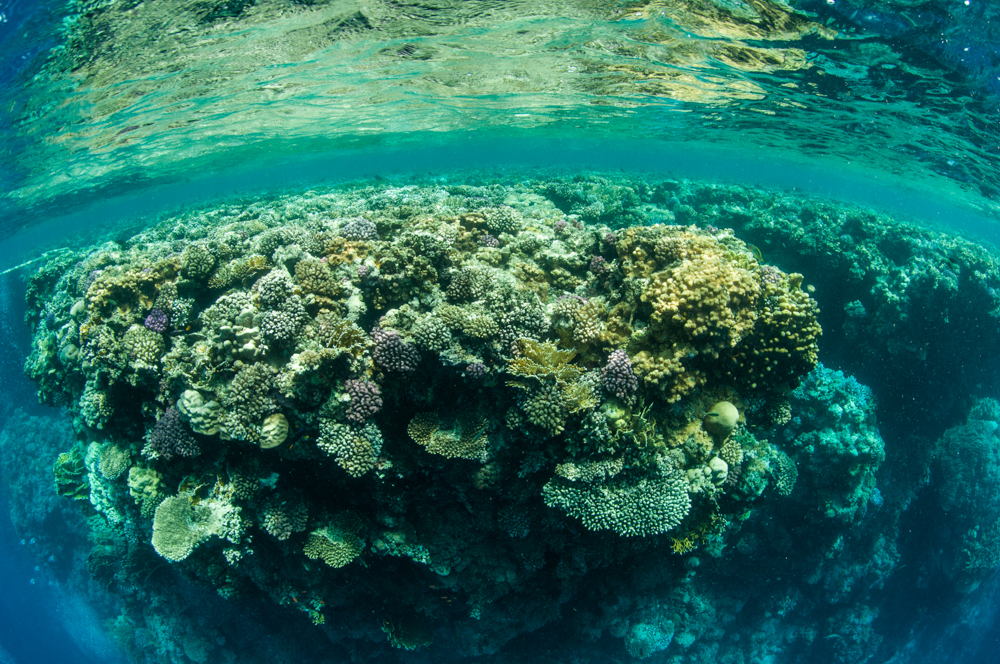 We all know how reefs are built. As years go by and corals grow, their old skeletons and those of other creatures build up and create enormous, intricate structures. What I want to share in this post is some pictures of the process, that show corals on top of corals.

I’ve written a few posts before about the way in which reefs form and how coral reefs are dynamic places full of ‘turf wars’ and competition that contributes to the build-up of reef material over time. Couple this with damage from storms, the occasional shipwreck, and good ol’ gravity, and what you get is a reef structure that continues to grow and evolve as more and more material accumulates. 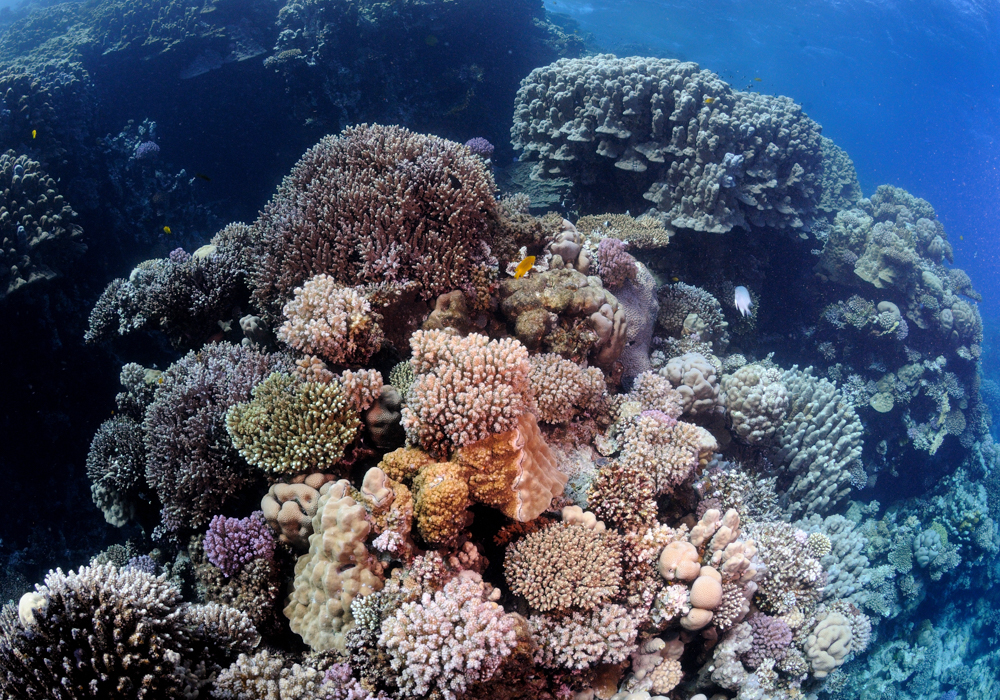 In this picture, we see a very attractive coral ‘garden’ in the Red Sea; it’s easy to think of it as a static structure, yet each one of those coral colonies is in direct competition with its neighbor for light, growing space, and access to the best currents (and therefore, nutrients). Over time, the diversity of this garden will decrease as the more aggressive species predominate. 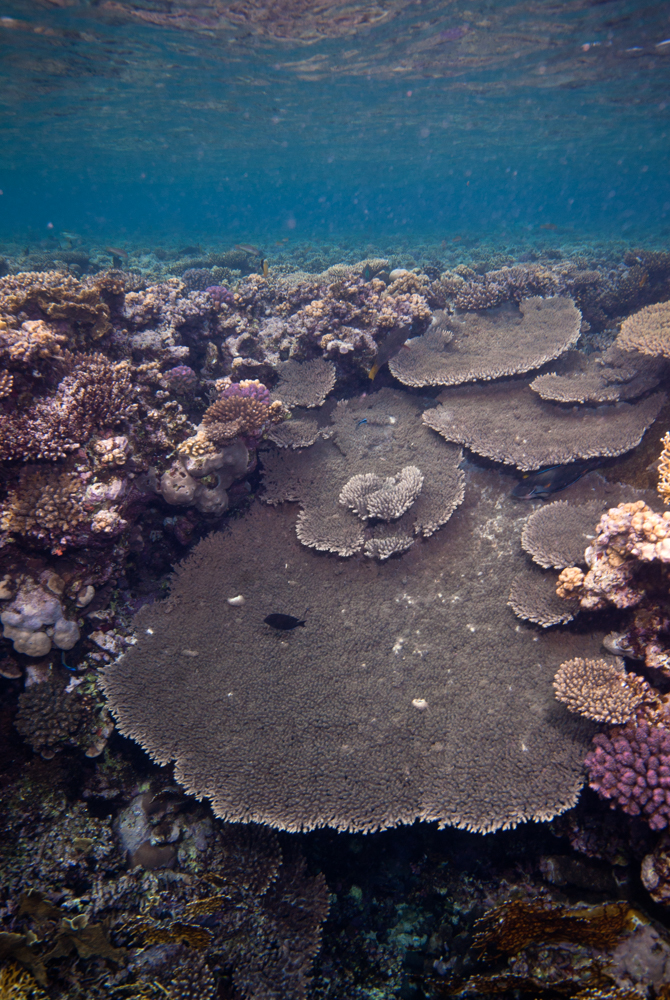 Here we see tabulate acropora that is shading out the reef below; when this piece snaps and falls, as it surely will do, it will contribute to the rubble zone below and the reef underneath will be transformed as light reaches it, allowing a diverse mix of pioneer species to take hold. For the shade-tolerant species that will lose their home it’s bad news. However, it is constant change that keeps the whole reef structurally and biologically diverse.

In the lead image, we see that powerful wave action keeps the reef crest diverse, with no large corals seeming to predominate, though there is a lot of growth and fall of colonies in such high-energy environments. 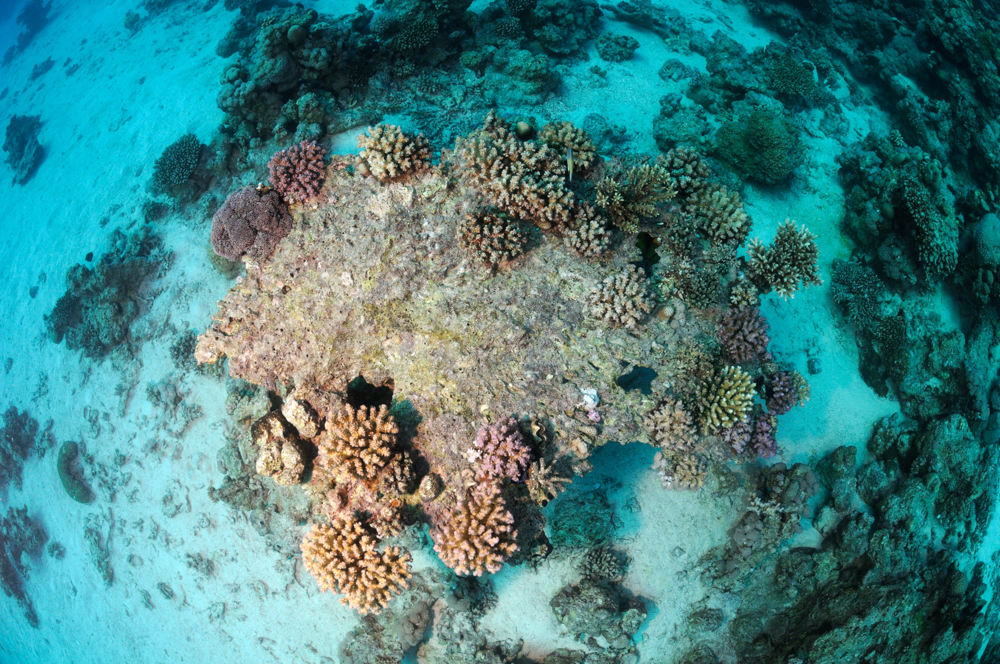 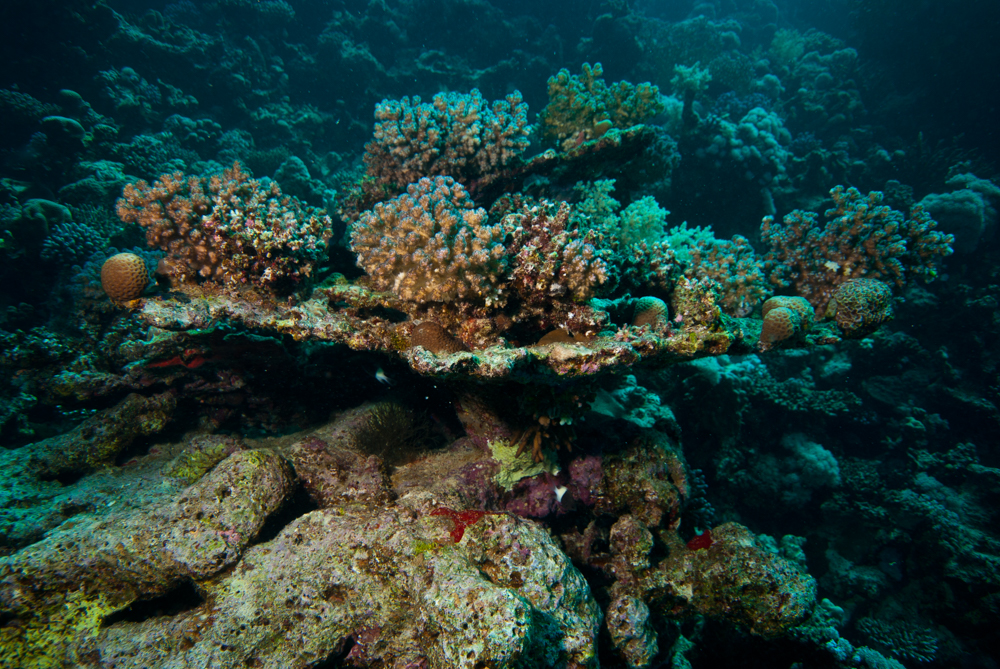 These two images show tabulate acropora colonies that have fallen to the lower reaches of the reef and become overgrown, these are perhaps the beginnings of small bommies or pinnacles. 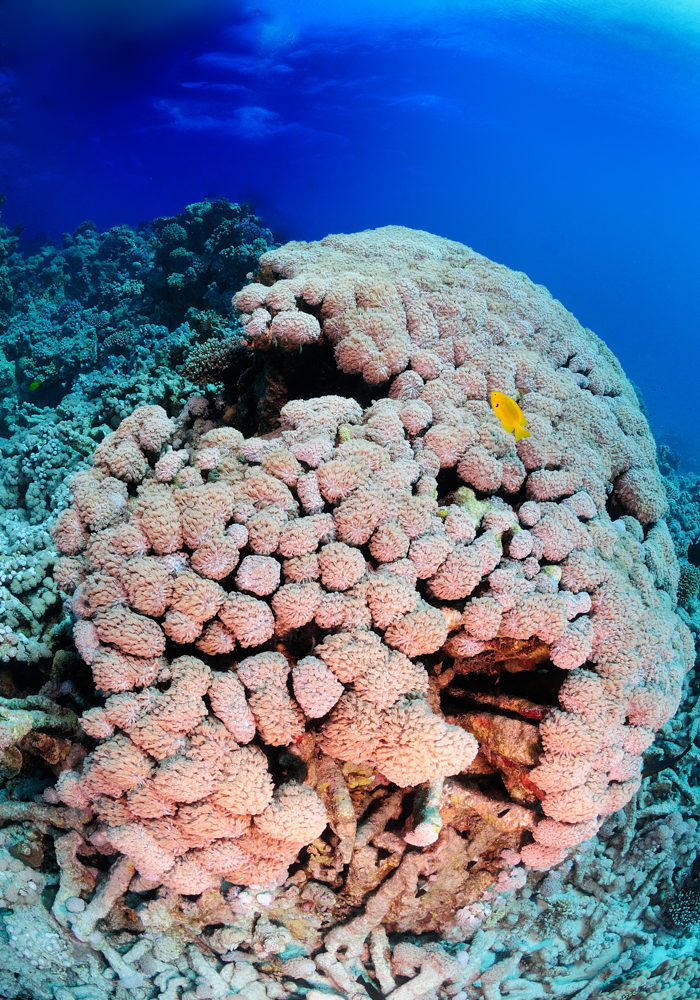 This goniopora colony demonstrates how many large colonies reach a certain size and then fall apart; you can see pieces of dead skeleton in the lower part of the image. 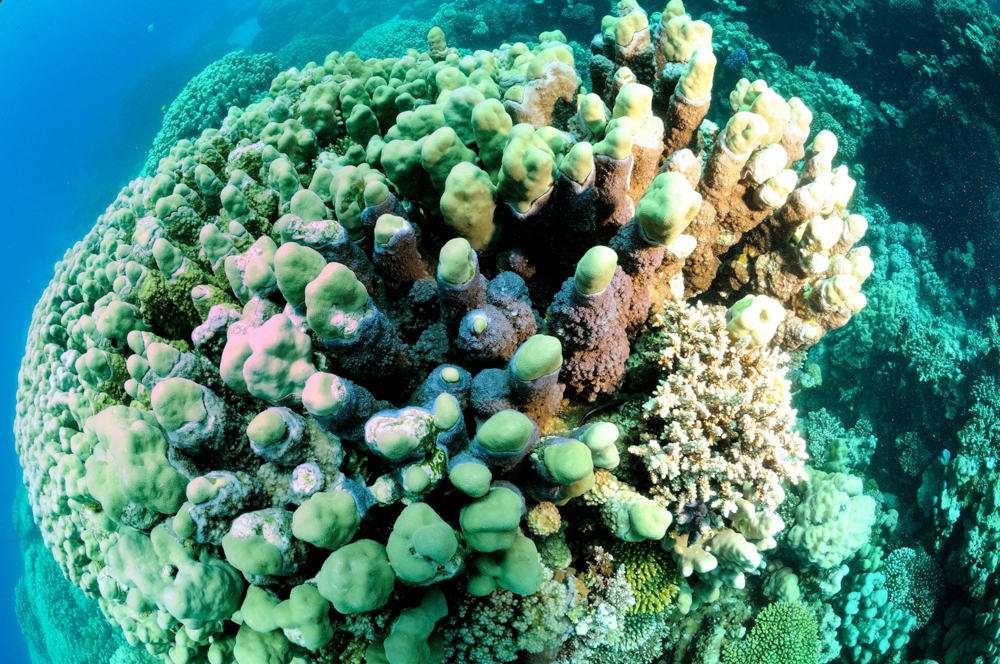 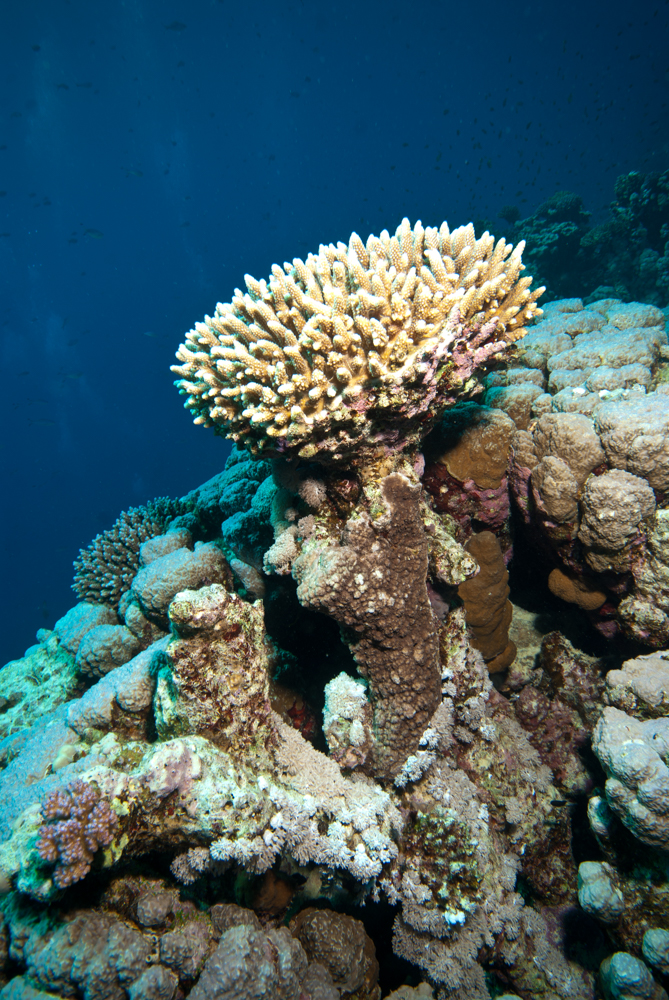 Here, two Porites colonies have become damaged, with one being overgrown by an encrusting species and the other, perhaps later, in a similar process. 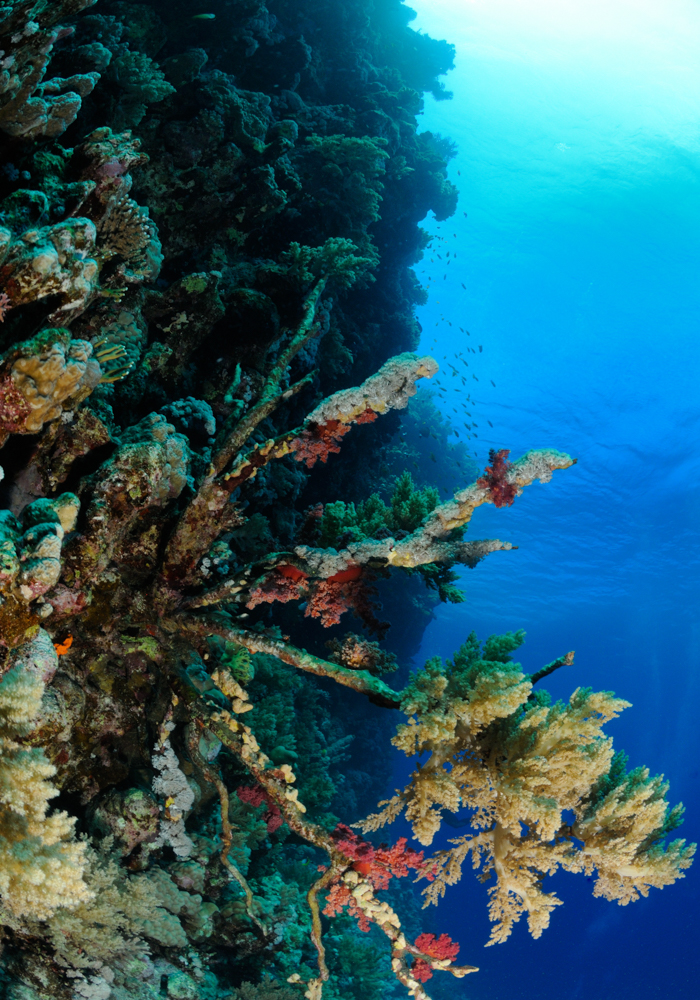 Finally, here’s a shot of a dead gorgonian, which is providing a frame for colonization. It’s only a matter of time before these structures fall to the depths.