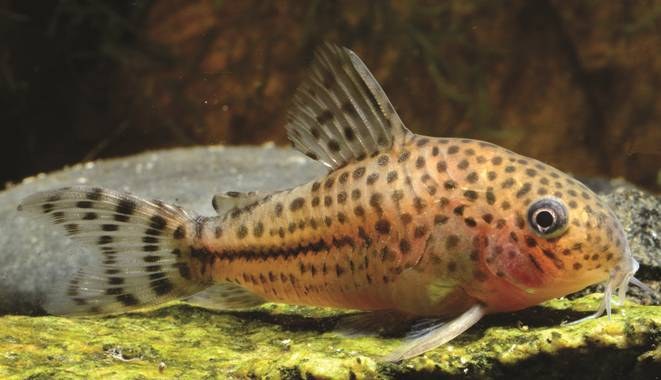 Corydoras knaacki is described from tannin-rich, swampy drain basins of rio Madre de Dios, Peru.  Like other corys, C.knaacki is communal and will form schools.  Juveniles aggregate in much larger schools than adults, the latter being only found in smaller groups in deeper waters usually under shade.  The photo below is typical of where this species is found in the wild.

Its closest morphological kin is C. bondi, although C.knaacki is unique and easily distinguishable from its congenors.

The photo to the right shows the development of color patterns for C.knaacki during its first six week, when its final form is established.  This fish was captive bred by the paper’s second author, Hans-Georg Evers.