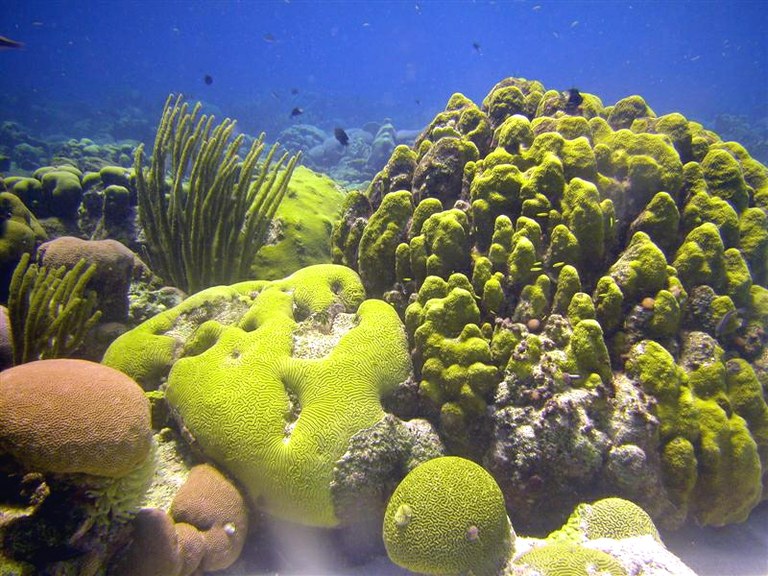 
As if we didn’t already know that our imperilled reefs are important to save, a tiny cyanobacterium that’s found inhabiting reefs has shown its importance in fighting disease.

This particular cyanobacterium produces a compound called Largazole, which is named for the place that it was first discovered: Key Largo, FL.  In previous studies published in 2008, the compound was shown to have anti-tumor properties and was observed to be effective in fighting colon cancer.

In further work with the molecule published recently in the ACS Medicinal Chemistry Letters, researchers have now shown that this compound also aids in bone regeneration from serious bone fractures and osteoperosis through a process called osteogenesis.  It performs two functions in this process:

It was also shown that mixed with calcium phosphate, collagen, and other biomaterials that it can be used for bone grafting.

(via College of Pharmacy, University of Florida and American Chemical Society)