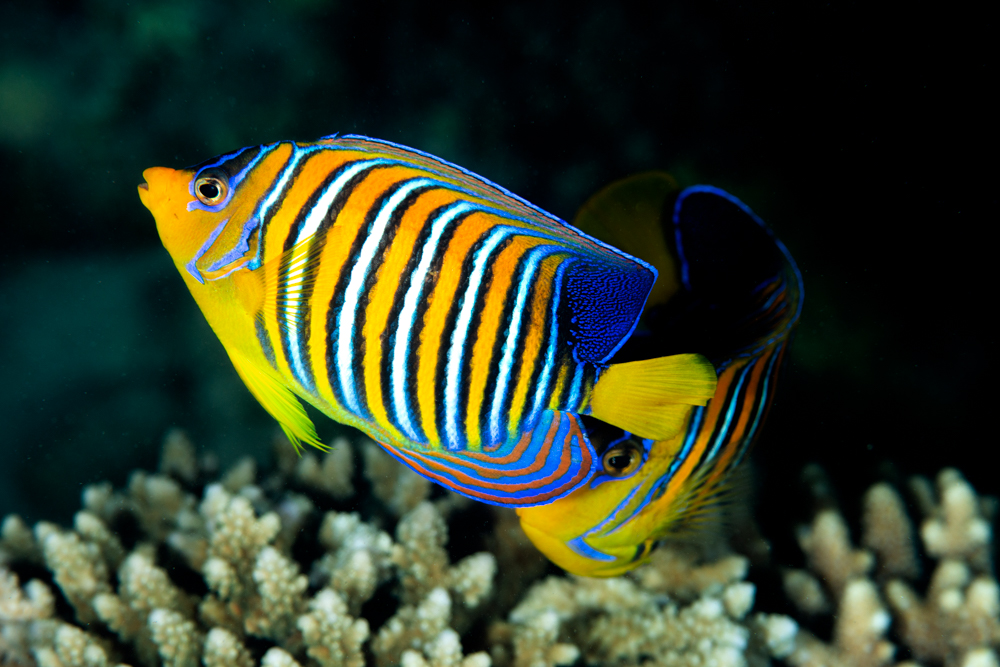 Of all the angelfish I find in the Red Sea, the Regal (Pygoplites diacanthus) is my absolute favorite. It is not always an easy fish to approach and will disappear into the reef the moment your camera focuses, only to reappear when you decide to give up and look for something a little less tricky. I always get the impression that these are canny, clever fish. On a recent dive I was lucky enough to see a pair engaging in courting behavior, and as they were distracted, I was able to get a few decent shots. 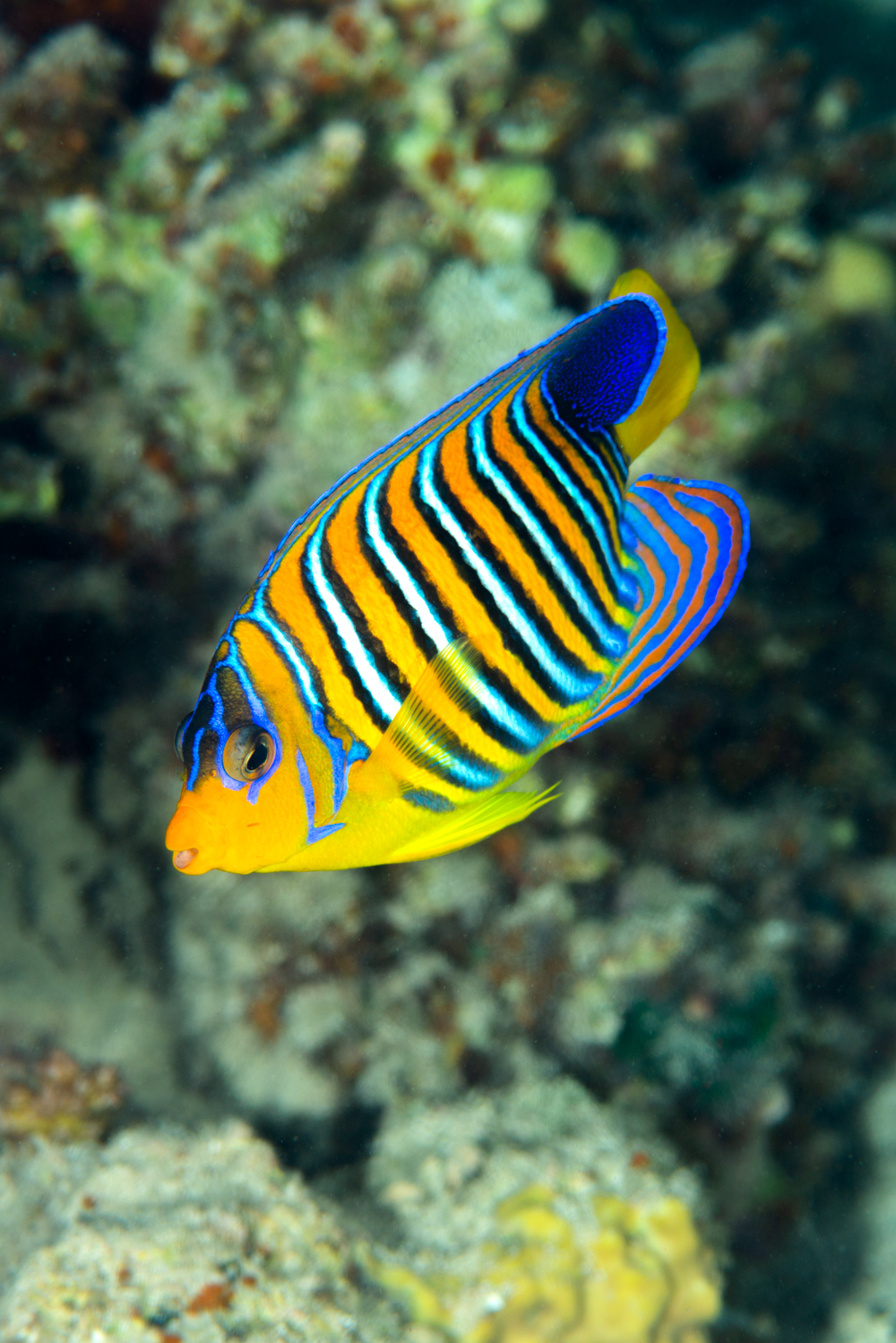 This is quite a common species in its range, which stretches through the Western Pacific. These fish can be identified as part of the Indian Ocean population with their yellow chests. Pacific populations have grey chests.

I assume the rearmost fish is the male. He helped me enormously by distracting the smaller female, allowing me to take shots of both of them with ease. The behavior I witnessed mainly consisted of the male approaching the female’s ventral area and nudging it repeatedly. 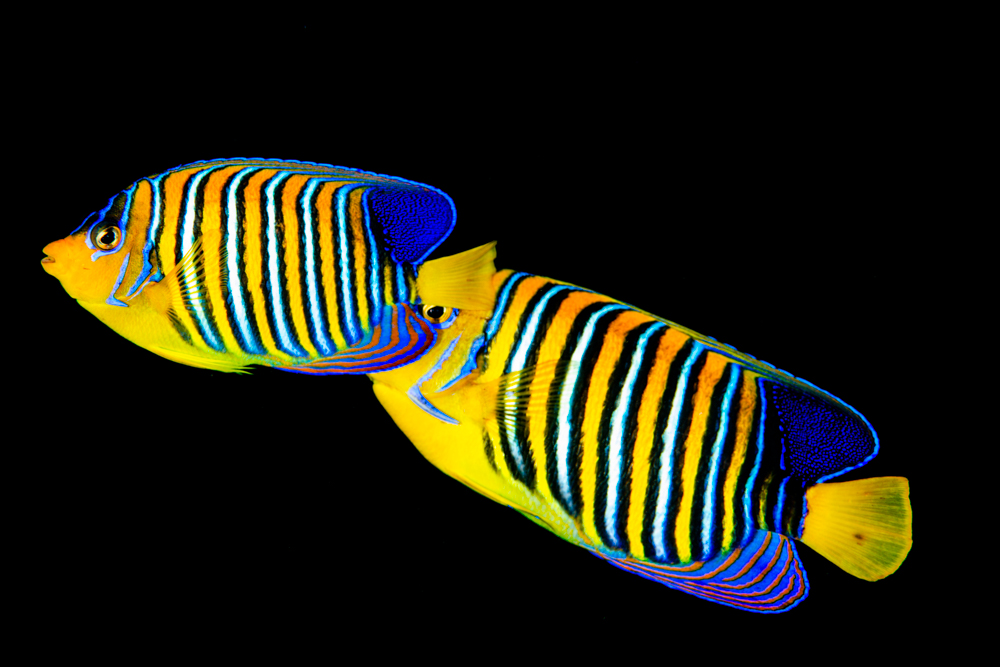 What I didn’t witness was spawning. Normally, the female will rise in the water column with the male following close by, in what is often referred to as a ‘mating dance’. While she rises, she releases her eggs for the male to fertilise. I hope one day to see this behavior, though I may just allow them their privacy!

I might set my next goal as capturing a juvenile of the species in the wild. Depending on their size, they may only have three or four stripes and a very noticeable ocellus (eye spot) to the rear of the dorsal area.