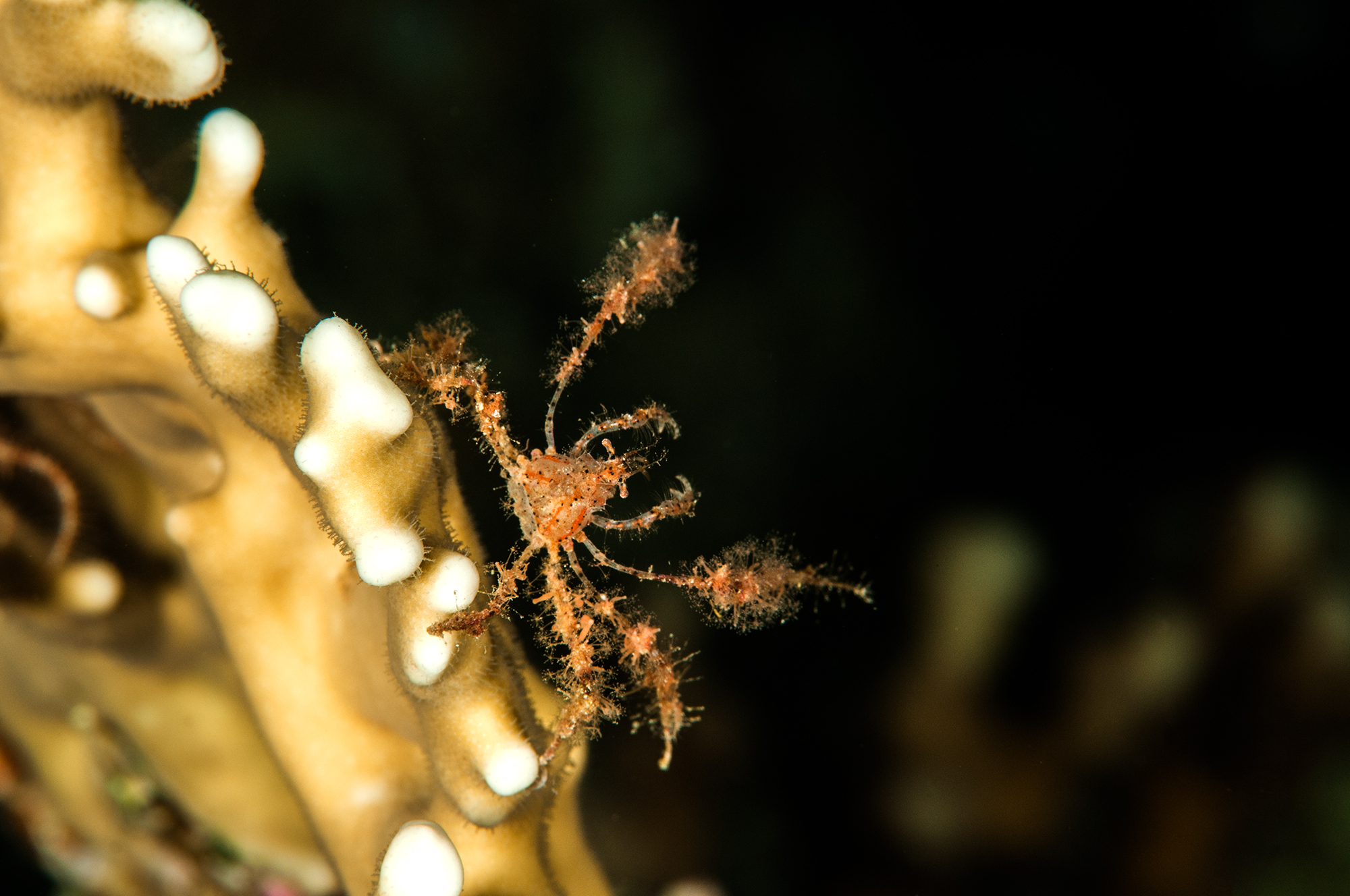 The diversity of marine life never ceases to surprise, so when a researcher contacted me recently asking if he could use some of my images of crabs in the Red Sea as part of his research, I said ‘yes’ but didn’t give it much further thought.  Several weeks ago, I received a copy of the paper, published in Marine Biodiversity, and was once again amazed at just how ‘inventive’ evolution can be. 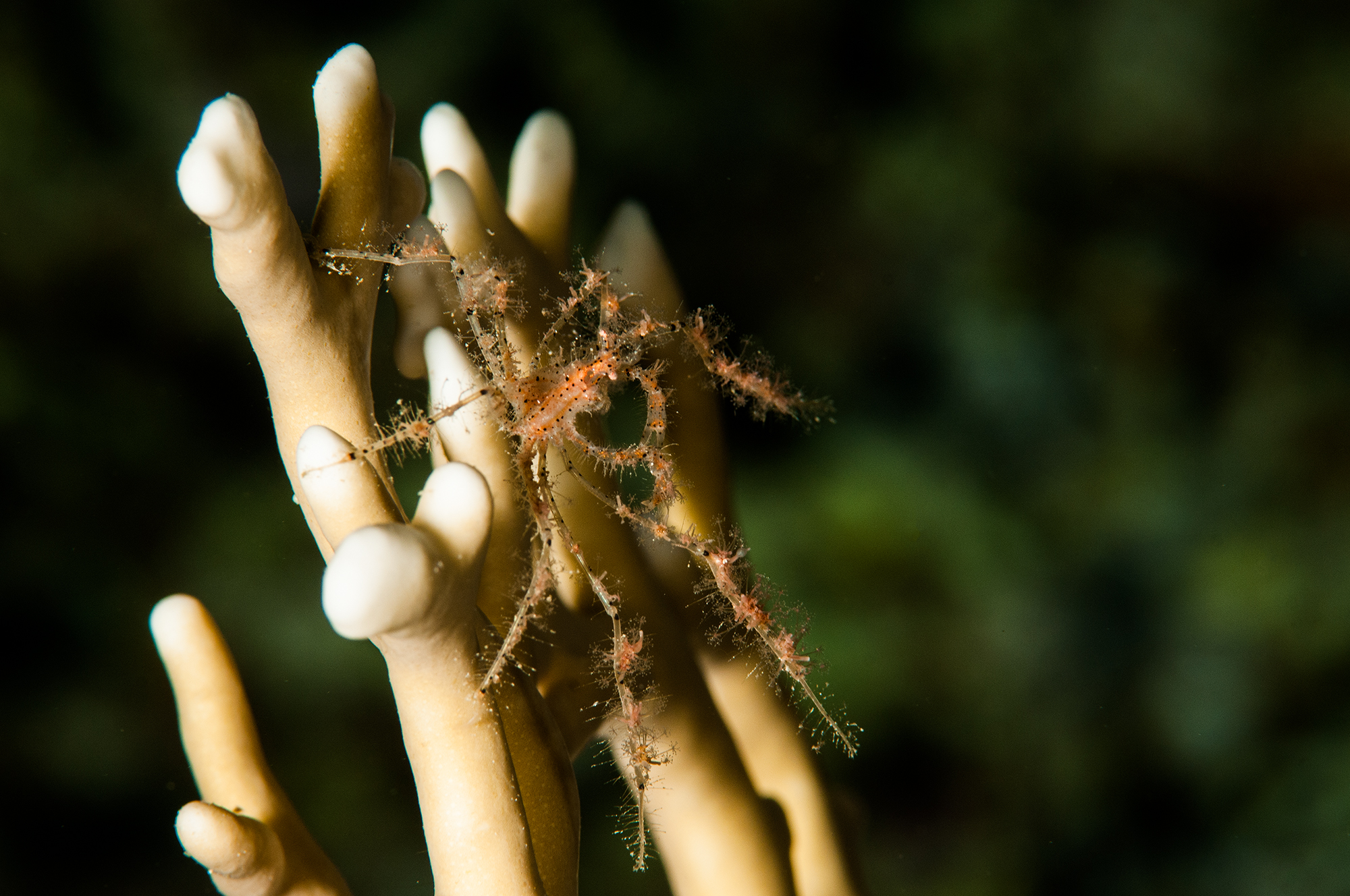 Being covered in hydrozoans is not unusual; countless species support hydrozoans on their bodies for camouflage and defensive purposes.

What this research shows, from direct observations of the crabs in the wild, was the animals’ ability to use the hydrozoans as ‘fishing rods’.  Crabs were observed taking up feeding positions in corals and actively using the hydroids on their legs as ‘cast nets’ to capture plankton.  The crabs then directed the hydrozoans’ dactylozooids -the nematocyst-covered tentacles hydrozoans often use for defense -towards their mouths where the plankton was easily consumed.

The author notes that more work is necessary to determine if this is a true case of mutualism, where both species directly benefit.  If it is, this interesting feeding behavior will be of significant interest.