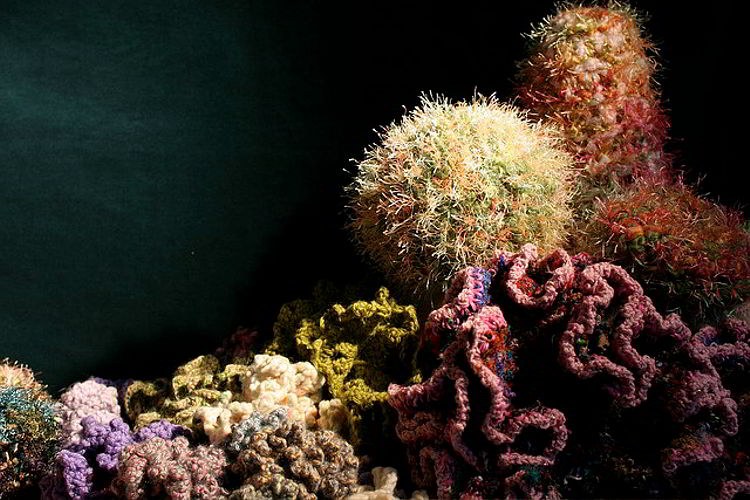 
Growing up, I had a neighbor that would take her knitting with her everywhere.  Basketball games, restaurants, you name it.  This, however, takes it to a whole new level.  Started in 2005 by Margaret and Christine Wertheim, the Hyperbolic Coral Reef project is an amazing display of what can be created with crocheting.  If you’re close to the Smithsonian Institute’s National Museum of Natural History, you can see it on display from October 16, 2010 – April 24, 2011.  The Smithsonian has also setup a Flickr GroupI for it as well.

Below are a couple additional examples of portions of their “reef”:

If you’d like to see it and you’re not close to the Natural History museum, the project does have satellite displays at participating museums.  There’s currently satellite displays in the United States, Europe, South Africa, and Australia.

In addition, Margaret gave a great TED Talk about the Beautiful Math of Coral:

For those of you that might want to try your hand at making your own, check out the article How to Make Crochet Coral Reefs – Hyperbolic Crochet by Handmade Spark Member Jenny Hoople.

Have any of our readers given this a go?  If so, we’d love to see it and might just feature it in a future blog post.  🙂