A new study finds that mixing corals of the same species from different latitudes could help coral reefs survive, despite ever-increasing warming ocean temperatures. Researchers from the University of Texas published their findings in the journal Science. 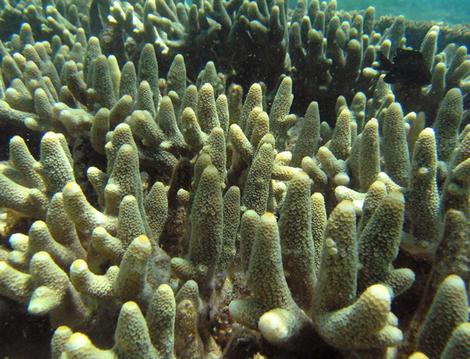 The researchers studied corals from warmer areas of the Great Barrier Reef in Australia and those from cooler water in the South. The study found that those corals from warmer waters were 10 times more likely to survive elevated temperatures. Of even more interest, the study found that heat tolerance could be passed on. “Not only is heat tolerance heritable, but it’s highly heritable,” Matz said. Coral crossbreeding occurs in the wild naturally. However, the study found that scientists could speed up the process by 10 or 20 years by implementing crossbreeding of corals to pass along the heat tolerant genes. “What I think is the most viable strategy is simply to transplant adult corals—we make a reef and let then cross with the natural corals,” Matz told Reuters. With global warming and warmer temperatures harming our coral reefs every year, this is very good news. Although this will not solve all of the problems facing coral reefs, strengthening our corals will help fight the devastation that global warming has had.