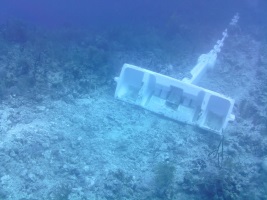 Carnival Cruise line has ‘donated’ $100,000.00 to the Magic Reef Restoration Project. This could be the first of many such donations. This most likely stems from talks between Cayman Island Government officials with the Cruise line regarding an incident which took place last August. While at port, the anchor was dropped outside of the regulated anchorage zone. More than 11,000 sq feet of endangered coral reef was crushed as a result of the incident. The Cruise line regularly has ships at port at George Town Harbour. Carnival has not admitted any wrong doing in the incident and references the Port Authority licensed pilot who guided the cruise line on where to drop anchor. It is very devastating to imagine hundred of years of coral reef marine life destroyed in a couple minutes due to an accident, consequences which will last our lifetime. However, it is promising that the cruise line is making an effort to support reef restoration. MORE