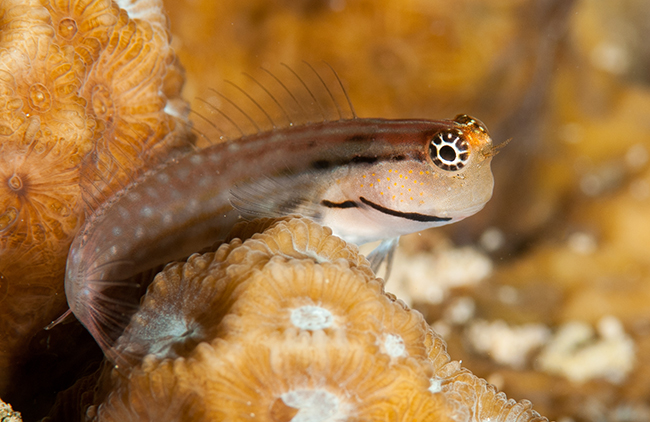 I came across this little Dentex blenny (Ecsenius dentex) in the Red Sea.  These fish are great to photograph, and also make great aquarium specimens.

The Ecsenius genus contains just over fifty species according to fishbase.org.  Given that these fish are small and are content to sit within a coral head for quite some time, they can be great candidates for aquaria.

This species is found in the western Indian Ocean and the Red Sea.  It isn’t the only member of the genus found there – even my less than 100% accurate divers’ guide to the area lists five more ecsenius species found in the region. 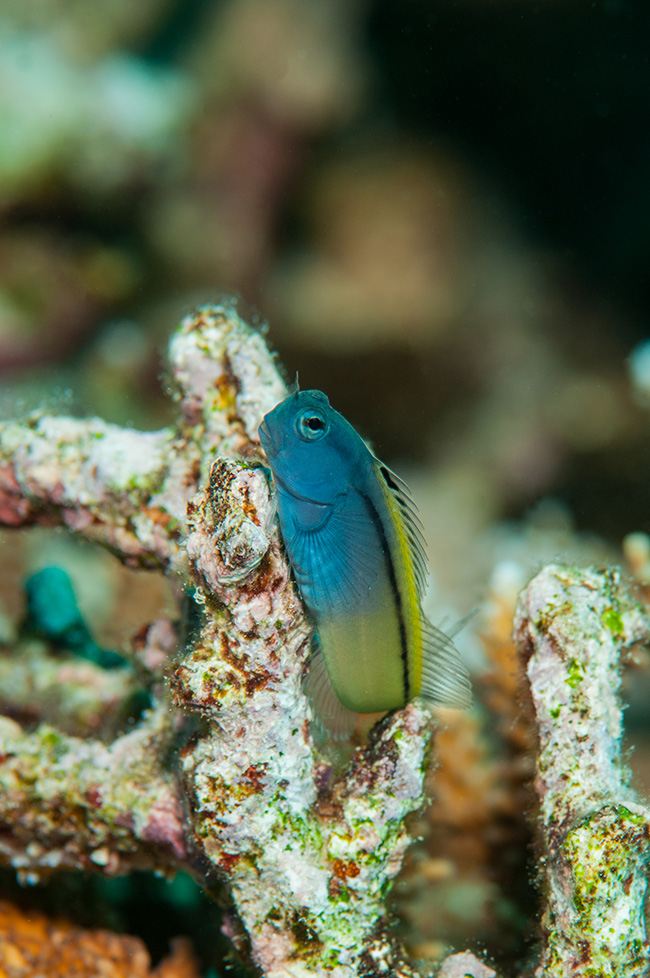 One of those fish is the aquarium stalwart, E. midas (Midas Blenny), but I have to say my second favorite of the clan is E. gravieri, the Red Sea Mimic Blenny. This is  a harmless species that has evolved to mimic the rather more troublesome Meiacanthus nigrolineatus, which uses its venomous fangs to defend itself against predators. M. nigrolineatus is grouped together with the fang blennies, which includes the ever-so-naughty Cleaner Mimic (Aspidontus taeniatus), which steals pieces of fin, scales, and mucus from unsuspecting fish which were expecting a cleaning from a true Cleaner Wrasse.

I love these examples of mimicry, in which evolution, acting through a series of fortunate mistakes, ‘gifts’ one species with the character of another.