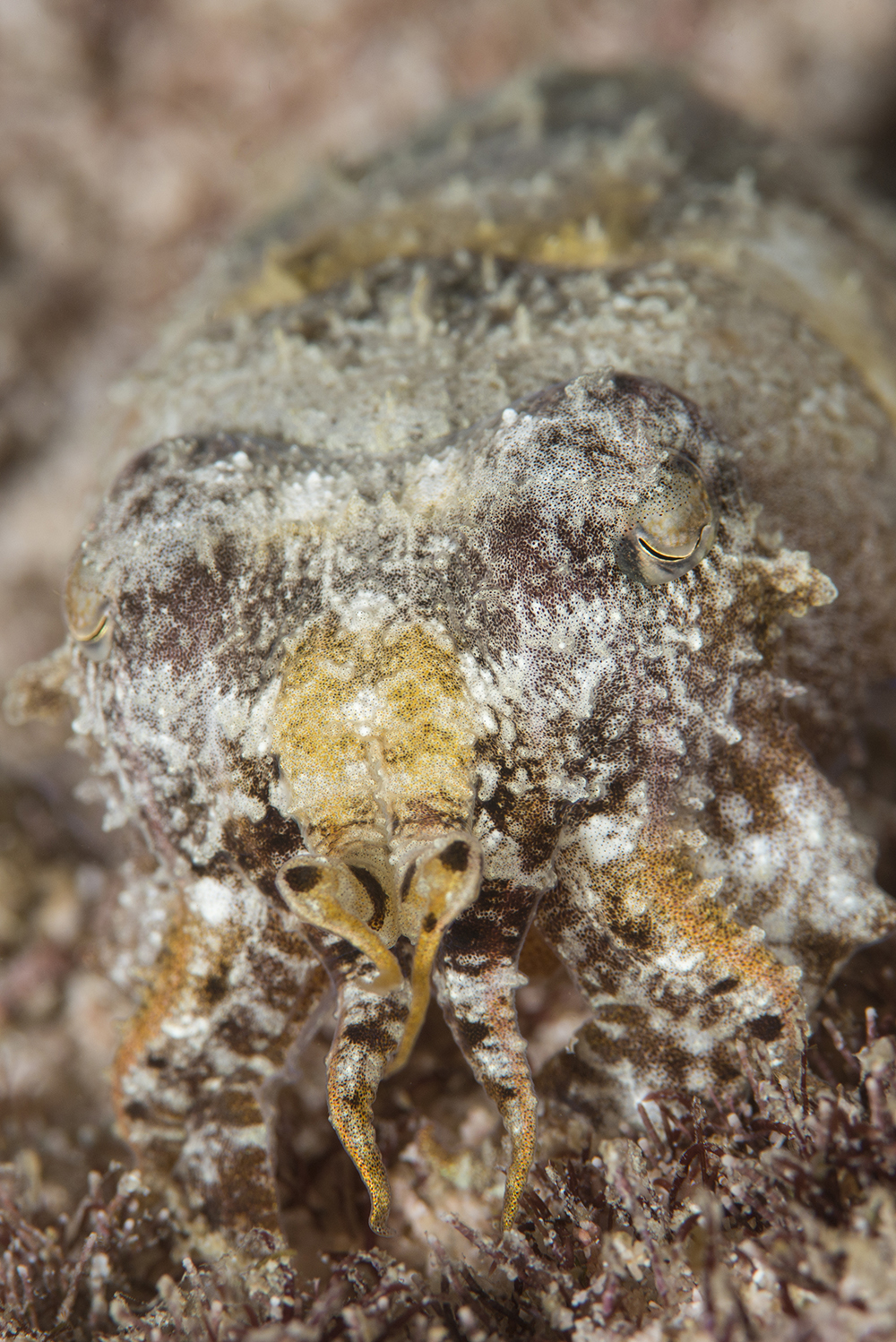 I think we all know just how adept at mimicry cuttlefish are.  Several species have been documented mimicking animals and even plants, but until recently I had never seen one mimic a hermit crab.

I came across this specimen (I believe it to be Sepia pharaonis) on a night dive.  At first I took it to be a hermit crab.  It appeared to be resting on a piece of iron plate (I was diving a wreck) and staying fairly still to avoid alerting me to its presence.

I have a soft spot for hermit crabs, so I approached it carefully to get a shot, only to realise it was a cuttle.  The animal had gathered its tentacles under itself and adopted a ball-like shape, the better to appear like a shell I assume. I couldn’t see much movement from its tentacles, apart from the central four.  The central two were moving rapidly and bent, with an eye-like spot on the bend.  It really was doing a good job of mimicking the stalked eyes of a hermit crab.  The next pair of tentacles were moving a little more slowly and appeared to be ‘picking’ at the growth of algae on the plate, just like a hermit’s chelipeds would do.  It sure fooled me! 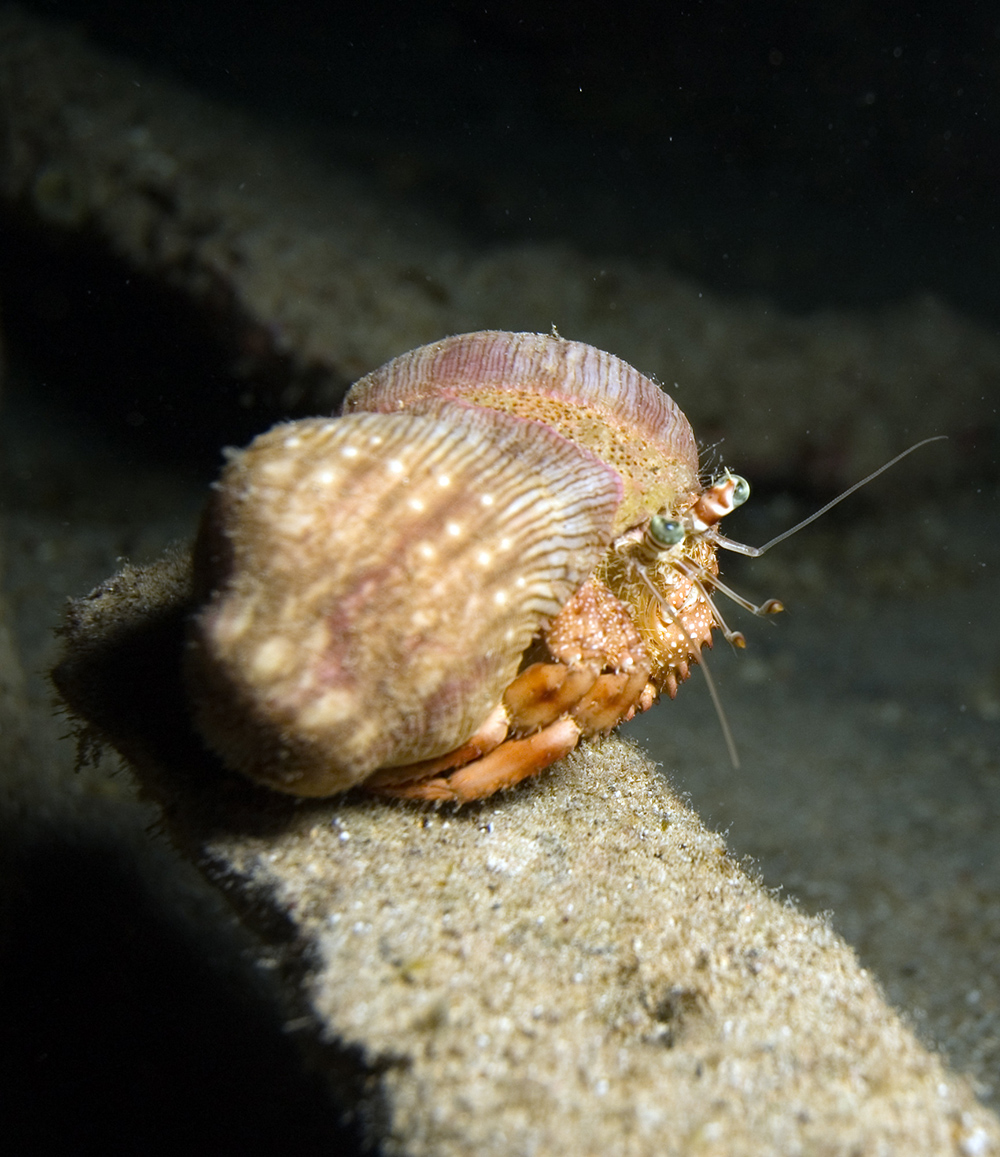 I was fascinated, but I did doubt myself – had I really witnessed this behavior?  Now that I’ve had time to do some research, it appears others have witnessed the species mimicking hermit crabs.

Researchers in Japan witnessed and recorded the behavior in 2017, and suggested the behavior may be defensive to confuse prey, or to aid with hunting.  Being approached by a slow-moving hermit crab is presumably less of a concern for a fish or shrimp, that is until the hermit turns into a super stealthy and rapid-moving hunter.

The article below is fascinating.

This Cuttlefish’s Secret Trick: Pretending to Be a Crab