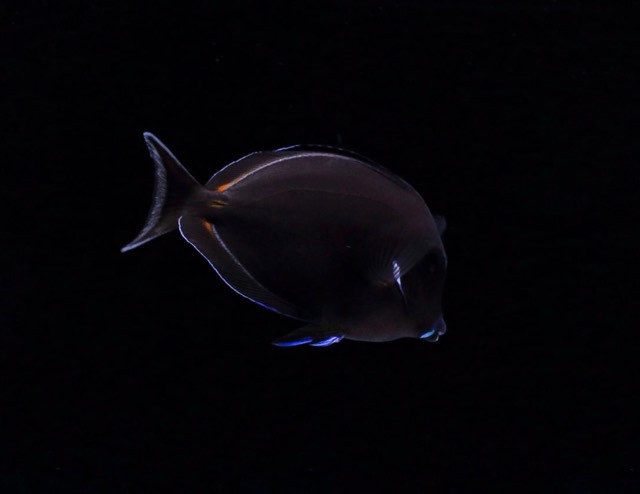 The Achilles Tang (Acanthurus achilles) has to be one of the most visually iconic species in the Central Pacific. With its dark body and restrained use of orange and white, it is a masterclass in minimalist design, eschewing the garish neon hues so prevalent among reef fishes in favor of a subdued elegance. It’s not hard to see why this fish has been a perennial favorite among aquarists, even with its well-earned reputation for being both delicate and aggressive in captivity.

But if somehow the Achilles Tang isn’t extraordinary enough for you already, try feasting your eyes on this EXTREMELY rare hypermelanistic specimen that just turned up from Hawaii. Now, Acanthurus achilles is normally a fairly homogeneous species, with the only noticeable variety coming from the relative size of the orange spot surrounding the (venomous) caudal spine. Usually this spot forms a large teardrop, though, in the occasional (F2 hybrid?) individual, it can be practically absent. But to find one that is essentially black all over is almost unheard of.

This find comes courtesy of rare fish connoisseur Elliot Lim at LA’s Marine Collectors, who mentioned that this is just the second such specimen he’s encountered. Elliot has been on a bit of a hot streak when it comes to unusual Acanthurus lately, as just last week he shared what appears to be a Powder Blue X Goldrim hybrid from Sri Lanka. You can see this in the video below, which shows it (on the left) next to a more typical representative of this interspecies mix, also from Sri Lanka.

This is noteworthy for a couple reasons: 1) the caudal fin sports an achilles-like shade of orange (versus the usual yellow for this mix) and… 2) there has never been a Goldrim Tang reported from Sri Lanka. There are, however, reliable records of Acanthurus nigricans from the remote Chagos Archipelago, and genetic study has revealed some evidence of this fish’s presence from as far away as the Seychelles. So it certainly seems within the realm of possibility that this species might occasionally find its way up to the Ceylonese coast. Though, inquiring minds want to know, why the orange fin? 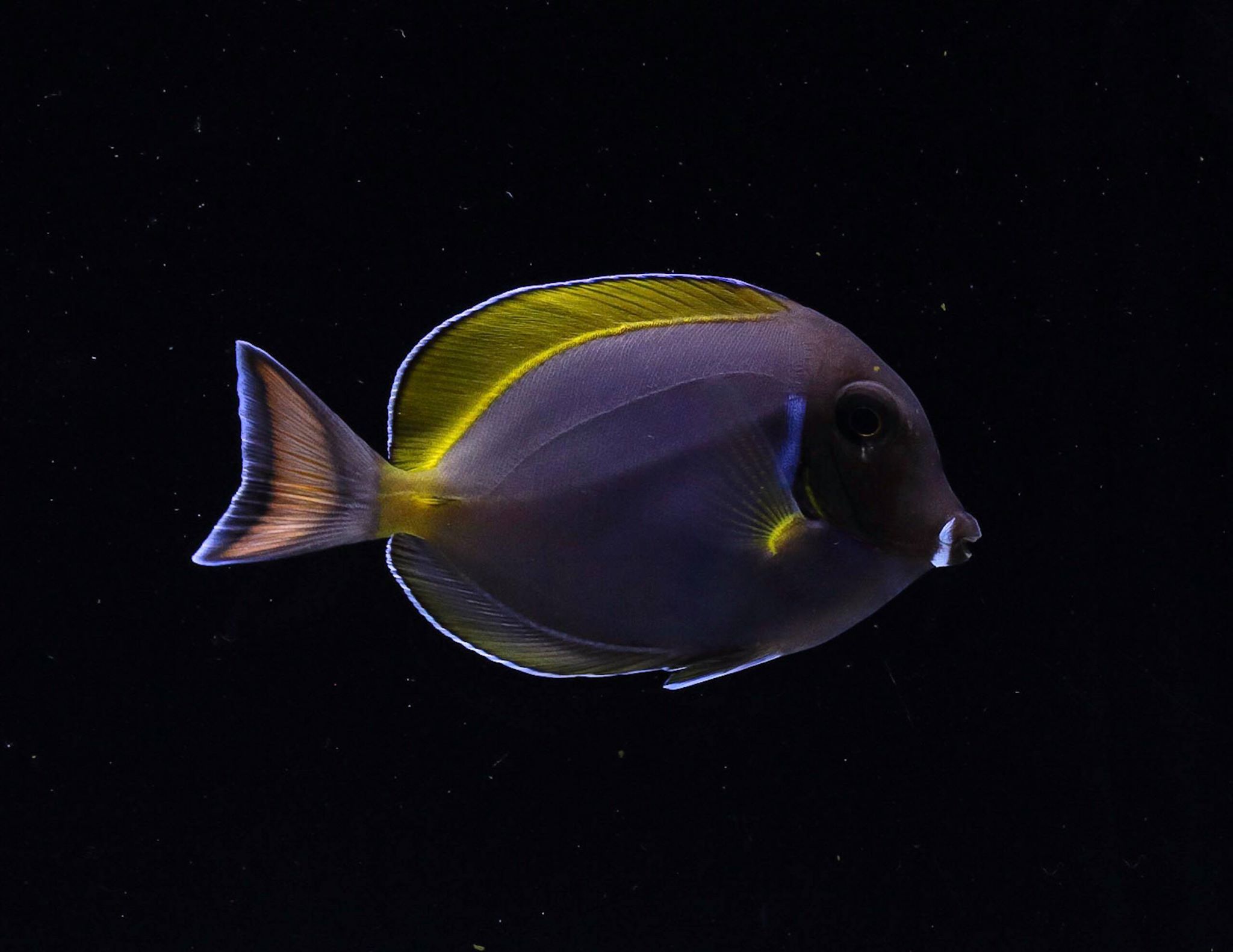