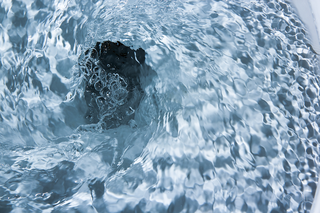 A Twitter post shows a young woman moving her betta named Dane from a small cup into a new fish bowl.  To her shock, the fish appears to go catatonic (immobilized) in his new home.  She tries desperately to revive her betta with frantic finger pokes to no avail, so she determines her fish is dead. Dane will have an unceremonious burial at sea.

Imagine her surprise when Dane springs back to life as soon as he is tossed into the toilet. Hooray, right?  The problem is the owner had already flushed the toilet. She freaks out again.

I’m sure this story will elicit a range of moral outrage all on its own (there’s no debating the owner made a litany of mistakes), so I will not editorialize the video except for one FYI that can hopefully make something good come out of this: Fish do not return to the wild when flushed down the toilet.  I bring this up only because the Tweet comments are filled with people cheering for the fish because they believe what happened in Pixar’s movie Nemo is what happens in real life (it’s not).  Do not flush unwanted live fish down the toilet thinking you are sending them to a better place.  They will die a horrific, agonizing death.