Dear Retail Aquarium Stores, Can We NOT Recommend Dory For 30 Gallon Tanks?! 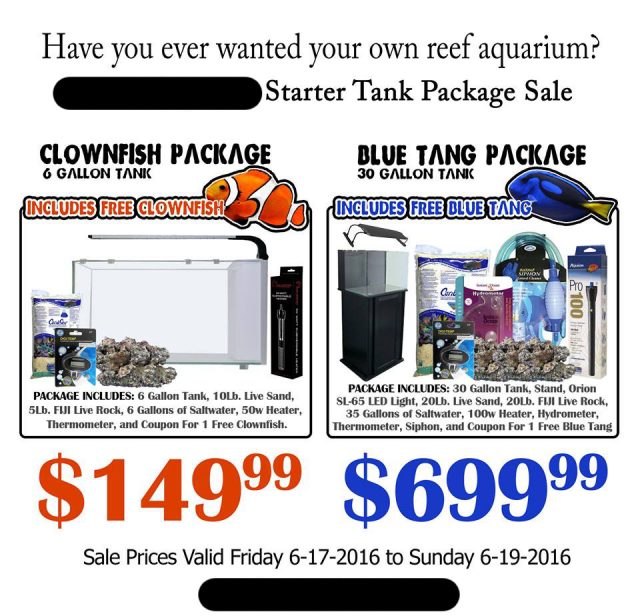 There’s been plenty of press recently over the new Finding Dory movie and its inevitable effect on the aquarium trade. Much has been written in the media expressing concern that there might be a mass over-collection of Dories (the Pacific Blue Tang Paracanthurus hepatus) to satiate the demand of moviegoers inspired to start their own fish tank. Some have even suggested that this could ultimately endanger the health of this species in the wild, though this is a fairly ludicrous proposition given how abundant and widespread it is in Indo-Pacific coral reefs. However, there are more legitimate concerns about whether the aquarium trade can resist the urge to make a quick buck by selling Dory to those ill-equipped to handle this demanding species. To the credit of many in this industry, there has been a considerable push to educate consumers on the costs and requirements necessary to properly house P. hepatus in a home aquarium, but it’s worrying to see that not everyone is doing their due diligence.

I won’t name any names here, but the advertisement shown above has been passed around facebook, highlighting the sort of gross negligence and irresponsibility that has earned the aquarium industry its poor reputation in the minds of many. To recommend a 30 gallon cube aquarium for a highly active surgeonfish that can, with good care, live for decades in captivity and reach nearly a foot in length is nothing short of animal abuse, especially when this is being targeted at the sorts of ill-informed consumers who are most likely to run into problems keeping their new Dory. 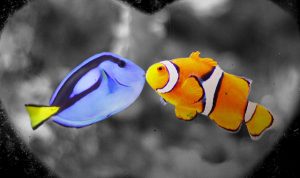 Baby Dory gets much bigger than this… Credit: Nathan Rupert

Most responses to this particular ad have agreed with my sentiment, but I was a bit surprised to see at least one well-known name from the aquarium industry seemingly express ambivalence, as if there is nothing wrong with this sort of behavior. Having worked in both the retail and service sides of the aquarium trade for many years, I can speak first hand to the high level of suffering and mortality this species endures at the hands of uninformed aquarists, and, more often than not, it stems from the shortsighted greed of retail aquarists who are more concerned with making money than looking out for the best interests of the fish in their care. 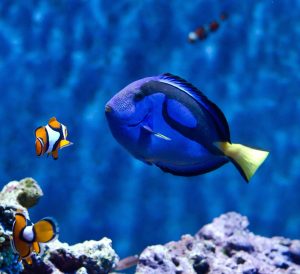 While it’s certainly possible to keep a tiny juvenile specimen in such tight confinement, it will quite quickly (<18 months) outgrow an aquarium of this size, especially if this tank is heavily aquascaped with live rock. Paracanthurus hepatus is also one of the species most susceptible to Cryptocaryon (“saltwater ich”) infections, and bottling one up in these cramped quarters is a surefire way to exacerbate this issue. Perhaps some of these new aquarists will eventually upgrade to the large and costly fish tanks required to properly care for their Dories, but I would wager that most won’t.

So what does an aquarist do now that their Blue Tang has outgrown its aquarium? Well, if they’ve beaten the odds and managed to keep their specimen healthy, it probably won’t be hard to find a retail store willing to take it in as a donation. But, just as likely, their Dory will have experienced the sorts of physical ailments that plague surgeonfishes when kept poorly—color loss, fin erosion, lateral line erosion. I’ve even witnessed firsthand as experienced aquarists have recommended underfeeding fish to stunt their growth, which typically leads to an emaciated and suffering specimen. If this is the case, you’ll be hard pressed to find any retail stores willing to take such an unsellable fish off your hands. 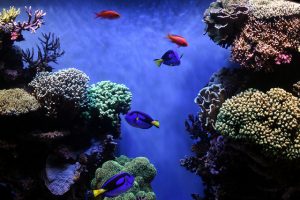 These Dories at the Monterey Bay Aquarium are living a good life. Credit: Sandip Bhattacharya

Hopefully the aquarium store running this advertisement is an outlier, as, in my experience, most in this industry do make a better effort at placing fish into appropriate homes. If you’ve never kept an adult P. hepatus, it can be difficult to appreciate just how much room they require, especially when the tiny juveniles seen for sale are being sold out of small holding tanks, but, having had the pleasure of keeping this species, I can attest that this is one fish that should never be placed in a 30 gallon aquarium. This is the equivalent of buying a puppy and expecting it to live in its crate as an adult, and, without mincing words, it is just as egregious a case of animal abuse.