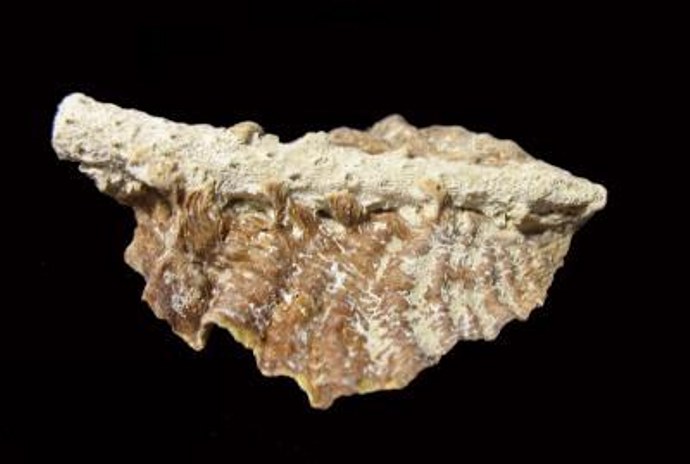 
Employing a novel excavation technique to reconstruct the timeline of historical change in coral reefs located on the Caribbean side of Panama, a team of scientists led by Scripps alumna Katie Cramer and current Scripps Professor of Oceanography and Smithsonian Tropical Research Institute (STRI) Emeritus Staff Scientist Jeremy Jackson has determined that damage to coral reefs from land clearing and overfishing pre-dates damage caused by anthropogenic climate change by at least decades.

“This study is the first to quantitatively show that the cumulative effects of deforestation and possibly overfishing were degrading Caribbean coral and molluscan communities long before climate change impacts began to really devastate reefs,” said lead author Cramer, currently based at the Global Coral Reef Monitoring Network at the International Union for Conservation of Nature.

Coral reefs have suffered alarmingly since the 1980s due to coral bleaching and coral disease, thought to stem from the warming of the oceans due to anthropogenic, or human-induced, climate change. However, until recently, the impact of prior human activities on Caribbean coral reefs had not been studied with experimental techniques.

Historical records and qualitative surveys provide hints that declines in corals in some parts of the Caribbean occurred as far back as the early 1900s after coastal lands began to be cleared to make way for plantations. However, the current study is the first to quantify the changes that reef corals and mollusks have undergone as a result of long-term stress caused by the deposition of silt, nutrients, and pollution onto coral reefs from land clearing and the depletion of reef fish that prevent algae from overtaking reefs.

“Because researchers did not really begin to study Caribbean reefs in detail until the late 1970s, we don’t have a clear understanding of why these reefs have changed so dramatically since this time,” said Cramer. “So, we set out to reconstruct an older timeline of change on reefs by looking at the remains of past reefs – coral skeletons and mollusk shells.”

To reconstruct this timeline, the team dug below modern reefs in incremental layers and, using radiocarbon dating of the coral skeletons they found, linked fluctuations in the types and numbers of coral and mollusks over time to historical records of land clearing. Changes in the relative numbers of these various species represent clear indicators of the overall health of the coral reef.

The team also improved upon the standard technique of taking long, narrow core samples of coral fossils that cannot track fluctuations in the numbers of larger species of coral.

“We wanted to look at the whole complement of the coral community,” said Cramer.

To catalog the relative numbers of dozens of coral and molluscan species, the researchers dug two-foot-wide by three-foot-deep pits into reefs at several coastal lagoon and offshore sites near Bocas del Toro, Panama, that were heavily affected and less affected by land runoff, respectively. At each of these sites they also conducted surveys and recorded the composition of living corals.

“We dug up over a ton of coral rubble and tens of thousands of shells,” said Cramer, who led the fieldwork at STRI and likened the laborious experience to doing underwater construction.

Systematically sifting through the coral and shell fossils, the scientists noted several indicators of environmental stress, including a decrease in the overall size of bivalves such as oysters, clams, and scallops, a transition from branching to non-branching species of coral, and large declines in the staghorn coral and the tree oyster, which were once the dominant coral and bivalve on these reefs.

These indicators were observed in layers of the excavated pits at coastal lagoon sites that were dated before 1960 and as far back as the 1800s, corresponding to a period of extensive deforestation in the Bocas del Toro region. Similar evidence of environmental stress at offshore sites was dated after 1960, indicating that the negative impacts of land clearing have more recently begun to affect reefs further offshore.

With the decline of the branching coral species, the reefs now have fewer nooks and crannies that are used as habitat for reef fish and other organisms. Also, the non-branching species that have taken their place grow at a much slower rate. “Consequently, there is less of a chance that the reefs will be able to keep up with sea level rise from climate change,” said Cramer.

“Because the governments of the world have yet to undertake any meaningful efforts to mitigate climate change, it is of the utmost importance that locally caused stressors to reefs such as overfishing and deforestation are minimized,” said Cramer. “Advocating for more intelligent use of land as well as implementing sustainable fisheries management, those are things that can be done right now.”