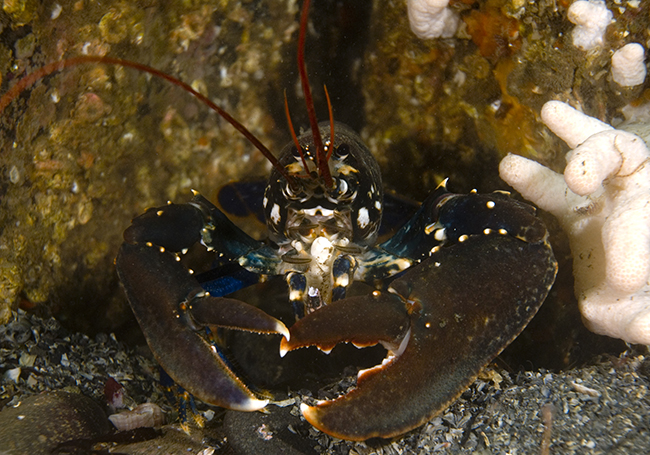 You find some strange things beneath the sea: here’s some images from the cold, murky waters of the UK’s North-Eastern coast. 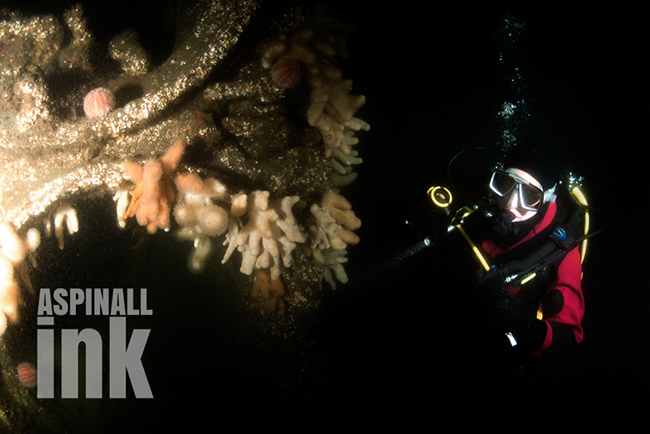 My buddy John, looks at the Dead Men’s Fngers (Alcyonium digitatum) growing on this ship’s boiler.

As you’d imagine from an Empire that built more ships than anyone else, the coast of the UK is littered with wrecks.  Whilst the British Empire and most of the shipyards and ship building that supported it have passed into history, below the surface, the wrecks remain.

These pictures were taken at a little over thirty meters in waters around the mouth of the River Tyne.  Compare them if you will with photographs taken in the tropics, where even at thirty meters photosynthetic life is possible.  In UK waters, close to the mouth of a major river, the light is gone below twenty meters and flashlights are a necessity.  But that doesn’t mean that there’s nothing to see. 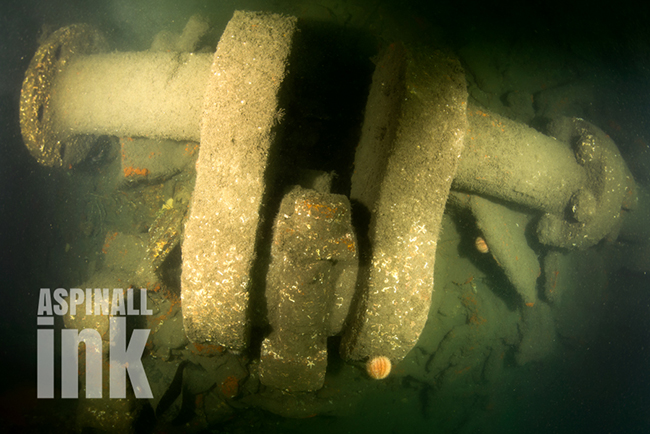 You can see where a giant steam-driven piston connected to this crank shaft.

Much of the shallow water in this region of the UK is covered in sediment and sand bars which makes wrecks easy to locate and easy to explore.  There are deeper regions of course, but the remember that much of the North Sea was land nine to ten thousand years ago, before the Ice Age fully ended.

In these pictures you can see the large steel and iron components that managed to survive after the winter storms had their way with the wrecks.  Indeed, many wrecks now only consist of jumbled hull plates, spars, and the really heavy components like boilers and engine components. 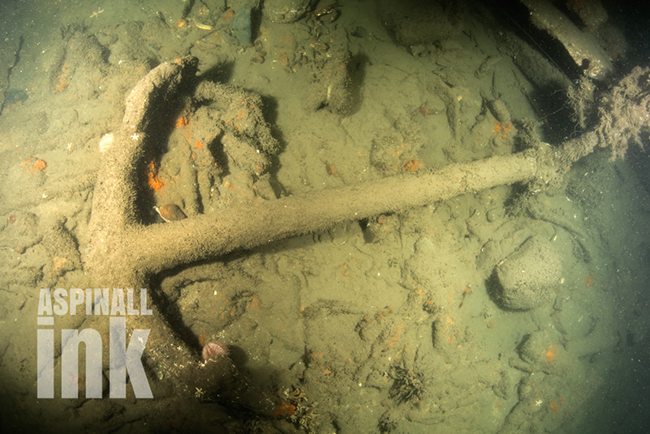 Was this the ship’s anchor? Or was it cut loose from a moored ship after fowling on the wreck?

Yet even in these cold, dark, and silty waters, life is common.  Admittedly it’s not the Great Barrier Reef, but there are soft corals here, delicate gorgonians, and in the sediment, scores of brittlestars and hermit crabs, and underneath the deck plates lobsters and crabs will be sheltering. 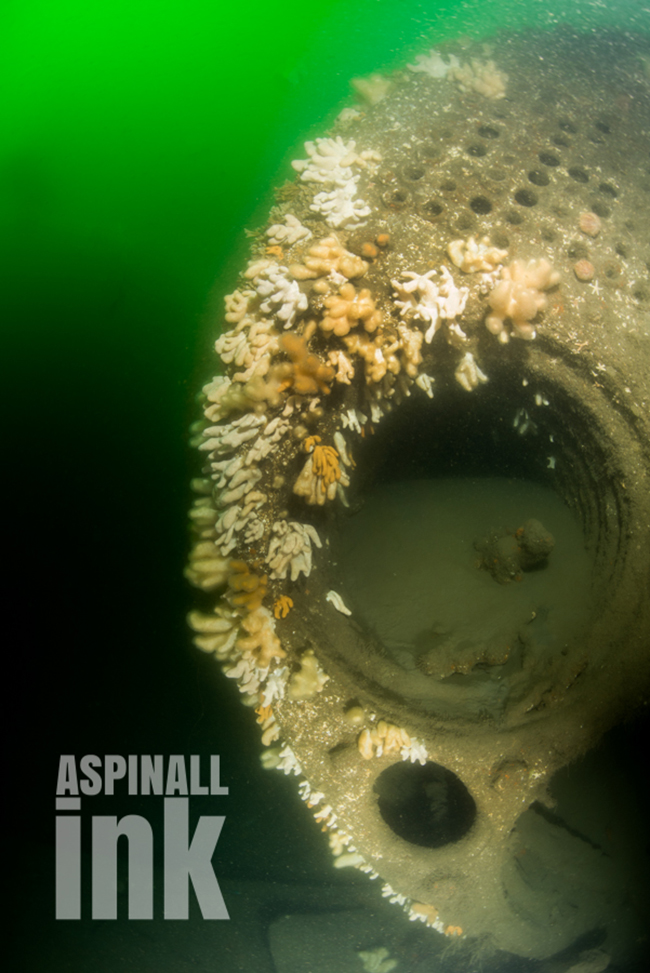 These might not be images that we think of when we hear about shipwrecks, but its worth remembering that not all wrecks are tropical.