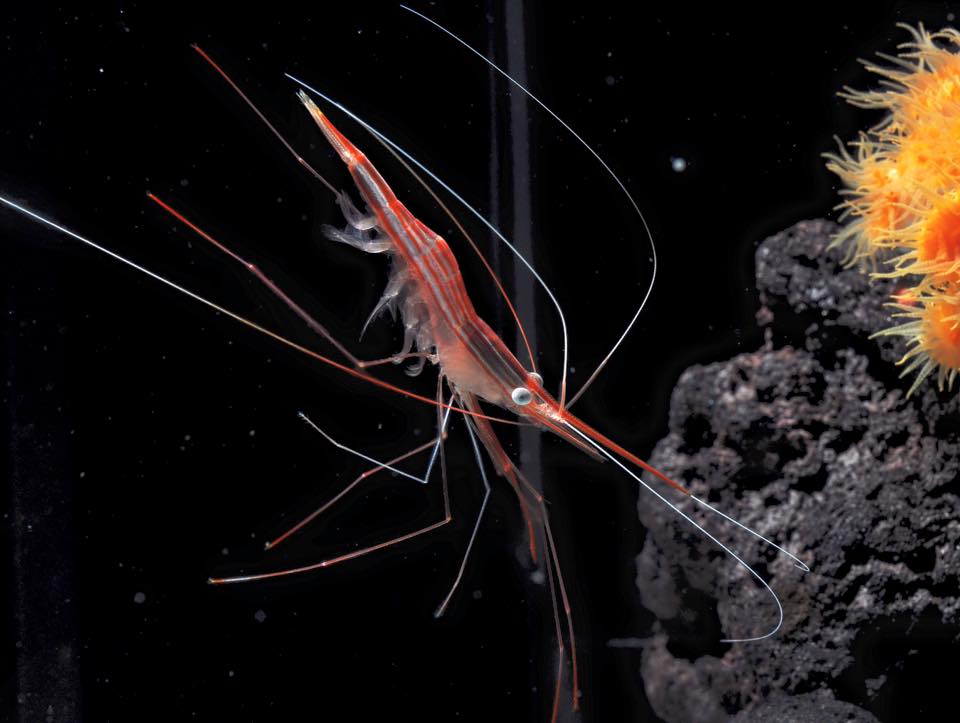 With nearly 100 described species, Plesionika is one of the most diverse groups of shrimps and one which is virtually unknown amongst reef aquarists. But these graceful carideans do find themselves collected on rare occasions, as can be seen by a handful which have recently appeared at the inimitable Blue Harbor in Japan.

Their rarity in aquariums belies their commonness in the wild. Plesionika can be found in marine waters around the world, save for the extreme polar regions. Most taxa are known only from moderate depths below 100 meters, though specimens as shallow as ~20 meters can be found in subtropical regions like Japan.

The genus belongs to a large family called Pandalidae, a group containing numerous economically important shrimp species collected or farmed for human consumption. Plesionika is often found in vast swarms of individuals, either benthically or pelagically, that are frequently targeted by fisheries. While some of this does make its way to the table, these are often rather small species which are utilized more for animal feeds.

Given the deep subtropical waters these species hail from, aquarium husbandry likely requires relatively cold waters. Divers have reported ambient temperatures varying from 13–19℃ (~55–65℉), and it’s likely anything above this will greatly shorten their lifespan, if it doesn’t outright kill them immediately. Considering this special care requirement, not to mention the difficulties in acquiring enough specimens to recreate their natural schooling behavior, Plesionika is a creature best admired at a public aquarium. Sadly, few have these shrimps on display, so you’ll have to make due with the images here. 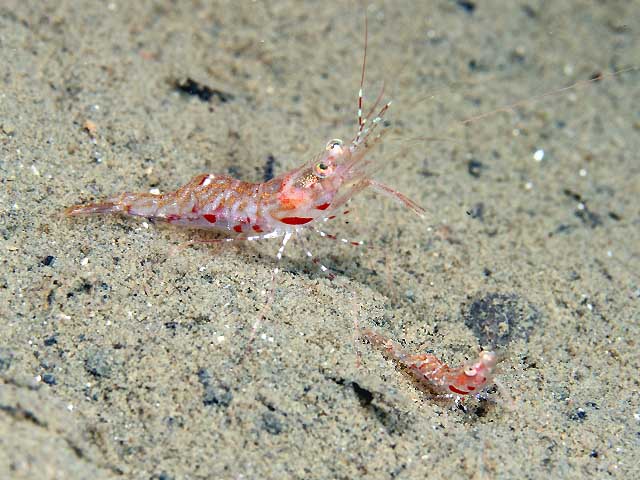 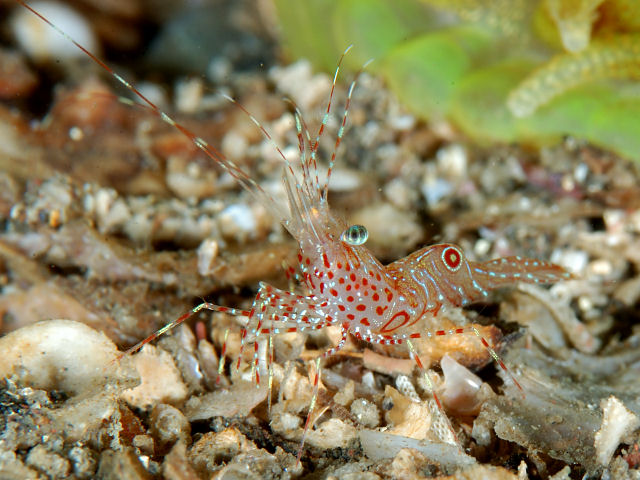 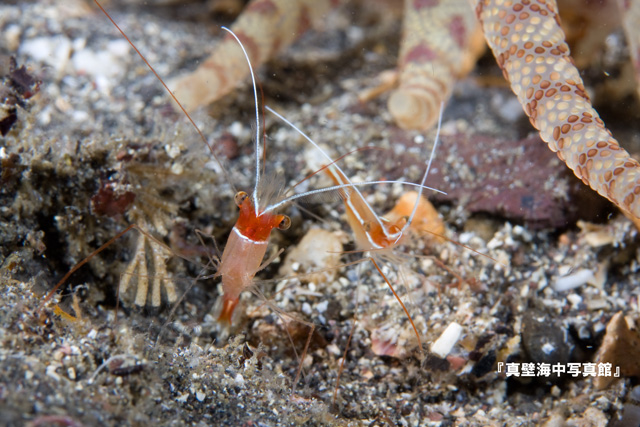 P. ortmanni, from Japan. Note the single white stripe on each side (vs double-striped in P. narval). Credit: mak