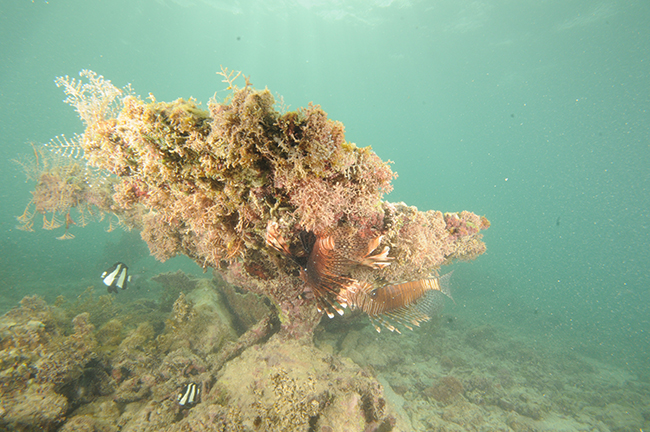 It’s hard to read about coral reefs these days without hearing bad news stories about ocean acidification, plastic pollution, overfishing and all the rest…  Over three quarters of the world’s reefs are in some way damaged or threatened, but what does a degrade reef look like?  Well, here’s some pictures and it’s not a pretty sight. 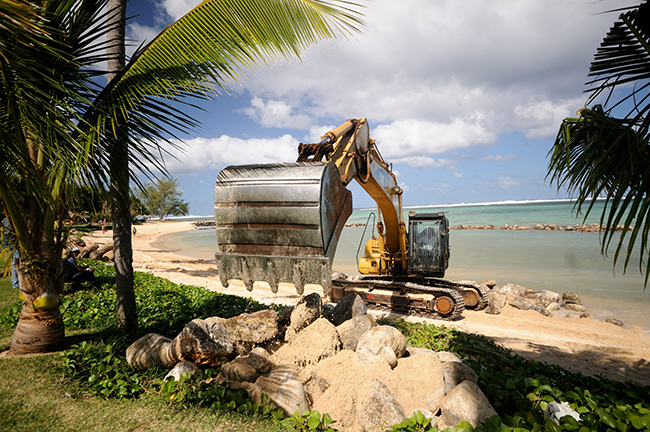 a fascinating inter tidal zone being dumped above the beach

We humans love our sandy beaches, water sports, and the ability to wander into the water from the hotel without that damned annoying coral stuff to prick our precious little feet.  Don’t get me wrong, I like it too, but those sandy lagoons that we splash around in may well be environmental disasters that were once-thriving fringing reefs and are now algae-covered rubble zones. 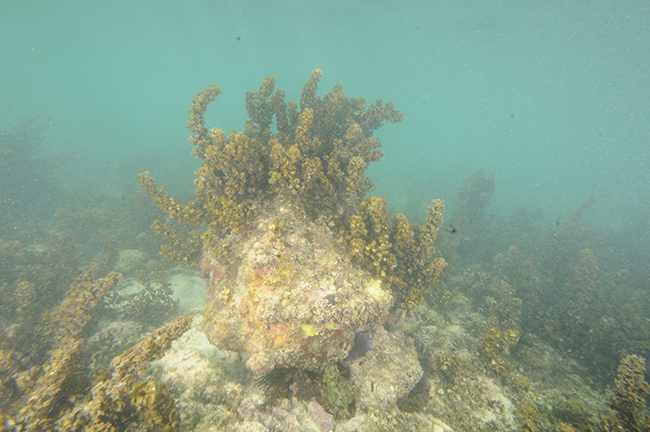 these waters hold far more nutrients than they should

In this case, a reef I visited in Mauritius, the constant digging, development, and rainfall runoff (containing all sorts of nasties I imagine) has turned this reef into a nightmare of algae, with only the very toughest corals surviving.

A fascinating inter tidal zone had also been removed, all because a few reviews on a well-known travel review website had criticized the hotel’s lack of swimming areas with sandy bottoms, hence the pricked feet. 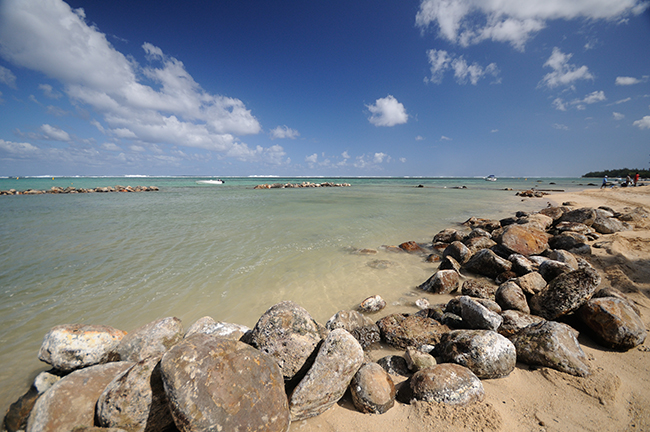 the result of comments on a travel review site

It’s hard to blame the locals of course; this is a developing country eager to educate and house its population, and tourism dollars are crucial to the local economy.  But, just in case you are wondering whether tourism has an impact on the natural world… well, yes, it does. 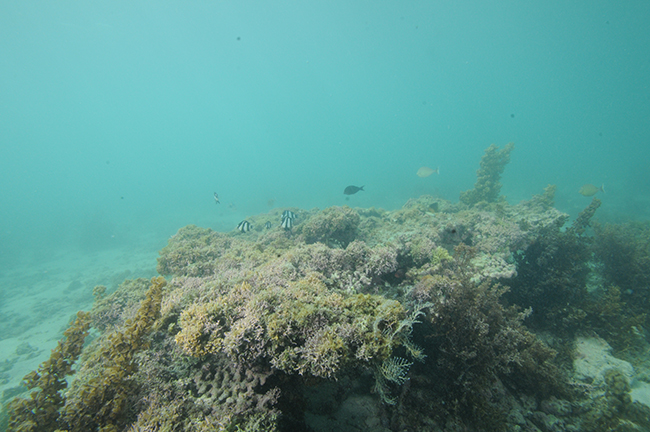 once a mass of acropora perhaps?