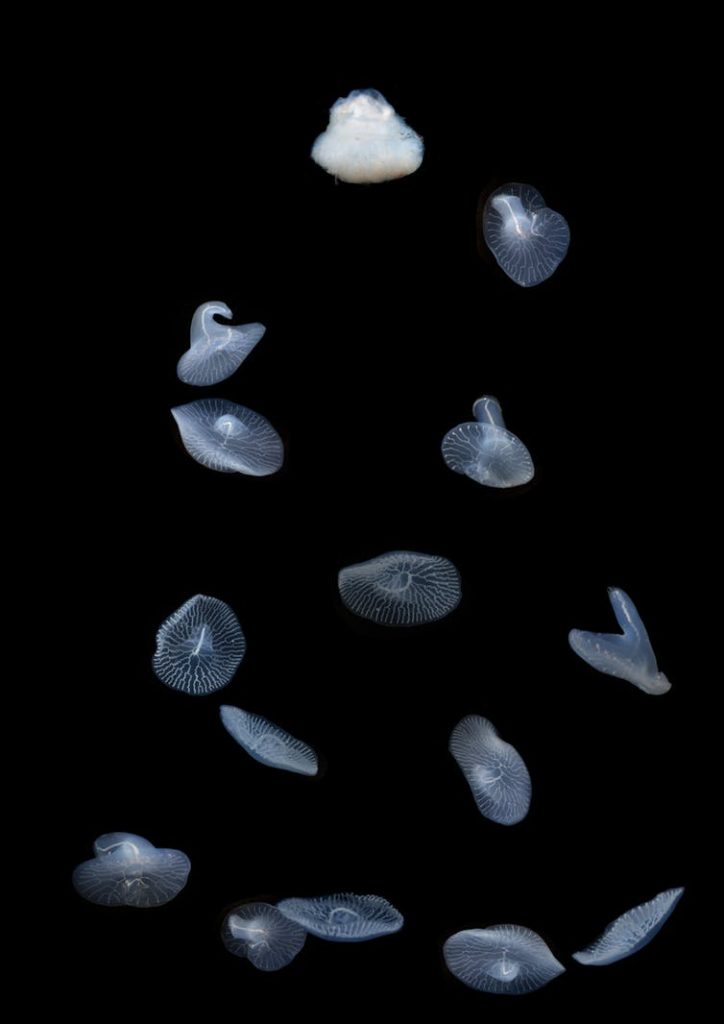 In 2014, an enigmatic deepsea creature was made known to the world, the aptly named Dendrogramma enigmatica. It’s peculiar morphology made it a puzzle for researchers to identify, even at the broadest scale. Some suggested it might be flatworm with an exceptionally enlarged proboscis, others offered it as a relative of the sea pansies, still others thought its allegiances might lie with the plant-like Ediacaran fauna, presumed extinct since the Precambrian, and then there were those who simply threw their hands up in the air, positing that maybe, just maybe, this was a whole new phylum of life. Dendrogramma was proving to be one of the more troublesome finds in recent zoological history, and it drew the sort of widespread media coverage normally reserved solely for Trump tweets. Yet, just a couple years later, when this mystery was at last solved, there was hardly a peep.

A quick perusal of this beast reveals it to have a relatively limited number of features, which is always a hindrance when classifying an organism. What can we say about Dendrogramma? It’s small, comprised primarily of a thin gelatinous disc measuring roughly 20mm in diameter. At its center extends a tubular structure, proboscis-like, which has at its apex a small opening that leads to a canal. This canal runs up into the disc, where it branches numerous times, creating a treelike (or dendrogrammic) shape. As interpreted by the original authors, this was a gastrovascular system with an extensible pharynx. 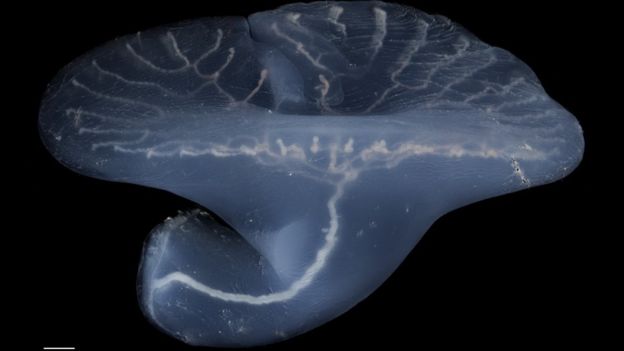 It was tempting to align Dendrogramma with one of the gelatinous phyla—the true jellies of Cnidaria or the comb jellies in Ctenophora—especially since it seemed to lack any obvious plane of symmetry, but, crucially, it lacked the unique organelles of these groups, the nematocysts and colloblasts, respectively. Unfortunately, the only specimens available had been collected decades prior and were preserved in formalin, making DNA sequencing impossible at the time.

But not long after, the research vessel MNF Investigator, working in the Great Australian Bight, pulled up a trawl containing dozens of individuals from depths of 1000-2800 meters. This fresh material allowed for genetic analysis, and shortly thereafter a study was published in 2016 which revealed that Dendrogramma was really nothing more than… a rhodaliid siphonophore. Alternatively known as benthic siphonophores or, more poetically, dandelion siphonophores, these are spectacularly complex colonial organisms whose various structures are highly modified. Just 15 species are known, mostly from trawls and deepwater ROVs, though one was recently documented for the first time from a coral reef in New Guinea.

Dendrogramma was, in fact, just a small piece (specifically, a “bract”) of a far larger organism which has yet to be seen in full. This new material also contained a few additional bits and pieces, including part of the pneumatophore that keeps these colonies floating, but not nearly enough was recovered to piece it together in full. What’s most startling, though, is the sheer size of this mysterious species in comparison to its rhodaliid relatives; while the typical bract will measure just a few millimeters across, those of Dendrogramma are somewhere around ten times this size. So while it might not be the earthshaking zoological discovery it was first imagined to be, this giant deepsea “dandelion” is still a sensational find… even if we haven’t quite found it yet.