An In-Depth Look at the Natural System of Reef Keeping: Part One 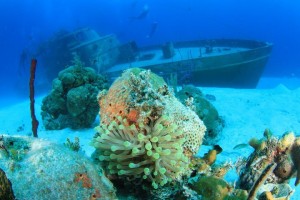 Today I bring you a truly captivating article that travels back to explore Lee Chin Eng’s original thoughts on keeping a natural reef system. This exclusive content was graciously sent to me by Jeremy Gosnell, author for Tropical Fish Hobbyist and of his own works, Neptune’s Garden. No stranger to the deep, Gosnell has spent a considerable amount of his life below the ocean’s surface exploring the wonders of the deep. A certified PADI Dive Master and under water photography instructor at the Eastern Academy of Scuba Education, Jeremy also works with other divers and conservation societies to promote the welfare of our seas. “A love of marine aquariums led me into the world of scuba diving. The world of scuba diving gave me a love of natural coral reefs. Responsibly caring for captive ecosystems, with an eye on wild reef health, can act as a gear in the machine of conservation.” The article he sent over is a real wealth of valuable information we can all learn thing or two (or ten) from. It’s also pretty lengthy so I’ve decided to break it into a few installments. So here you have it, Part One of this exciting new read:

“60 years ago Lee Chin Eng, (considered by many to be the father of modern reef aquaria) created the natural system. Eng saw failure, in what was the common tank husbandry practices of his time. Marine aquariums were kept sterile, everything carefully cleaned and any would be home to anaerobic or aerobic bacteria was quickly removed. It was the thought amongst marine aquarists, in those days, that the ocean environment around coral reefs was so pristine, that in order to replicate it, ultimate purity had to be established. Eng recognized that while coral reef water appeared nutrient free, it was in fact nutrient full. Somewhere in the mud, rock and muck of a coral reef, organisms lived that could assimilate nutrients. Thus, the natural aquarium was born, with only water, light and a small power head. Many aquarists today don’t even know who Lee Chin Eng is, nor that it was he whom discovered the principles of modern aquarium keeping. Live rock filtration, refugiums and deep sand beds, were all part of Eng’s philosophy, and it caught on due to the dramatic success of the method. Even cutting edge filtration today, uses many of these same principles. While the natural approach does allow you to establish the fundamentals of nutrient removal, it isn’t without a host of caveats. Refugiums serve as a home to live rock, reef mud, and lots of live sand. They facilitate macro-algae growth, while providing a home to beneficial marine organisms. Certain fish species thrive, when a vibrant refugium is feeding their display tank. The biggest downside to all of this, refugiums are messy. This is particularly true for reefers, who prefer to keep SPS corals. Acropora, perhaps the most infamous SPS species, are highly sensitive to water sedimentation. This can be seen worldwide, where farming and timbering has dumped massive amounts of raw sediment into rivers, carrying it over coral reefs. It’s not just that sedimentation blocks UV rays, preventing the algae within coral tissue from photosynthesizing, it irritates coral flesh. When corals become irritated by sediment, they generate slime. When they generate slime, they use excessive amounts of energy, all resulting in eventual bleaching. Corals are much tougher than many reefers give them credit for, but imagine having sand constantly kicked in your eyes. All of your energy goes into getting the sand out, limiting your ability to eat, grow and procreate. Refugiums cause sedimentation. Yes, low flow rates, careful considerations when setting one up, all those things help prevent it, but in reality, if you run a fuge, you will eventually get some sediment in the water. Live rock is also a wonderful media for marine aquariums. It’s packed full of aerobic and anaerobic bacteria, and the little nooks and crannies are great places to stunt water flow, allowing anaerobic bacteria to make use of the low oxygen environment. Sadly, it’s heavy and when starting a large aquarium, it can present a prohibitive cost factor. If you take it out of the tank, and don’t place it in cycled seawater, all that beneficial sea life dies, and cooking live rock to get it both nutrient and bacteria free, can be a real chore. Live rock’s first cousin, once removed, dry rock, is a far cheaper alternative, and one that can sit around the house, before ever making it into a reef aquarium. The savings comes at the price of beneficial organisms, but given some time in an established reef, dry rock becomes live rock. It’s also possible to synthetically create live rock and dry rock. On the dry rock side, it’s very ocean conscious, as the rock never needs placed in ocean water, so literally nothing is borrowed from Mother Nature, for placement into an aquarium. Live sand, for me personally, is the biggest hassle of all. It’s not as messy as mud, but it stirs up easily when placed in high flow environments, like those seen in modern reef keeping. Live sand can easily cover a species of coral, and if left unchecked, leads to tissue necrosis. It sure is pretty on a tank bottom, but at what cost? Dry aragonite sand, which is often used in reef tanks, is perhaps the messiest stuff of all. It’s very dusty and difficult to rinse. The carbonate dust hangs on, long after the tank is filled. One falling power head, can mean disaster as sand, carbonate dust and debris, is thrown around the tank. Bare bottoms don’t have the “natural” look that many reefers strive for, but there is something sleek and modern about a bare bottom reef.”

So where does that leave us? What are our options for the modern day reef aquarium? Check back tomorrow the second installment of this riveting piece! Thanks again, Jeremy! 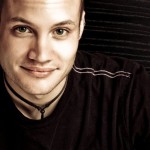