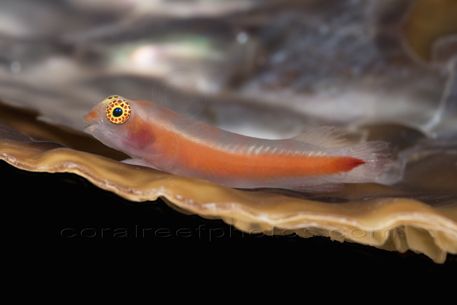 Good morning out there, while in St. Eustatius I had a major meltdown one evening when I went to download my 64gb CF card with all the week’s photos and found out the card was not working or corrupt, meaning everything I had shot including the above shots were lost until now. Last week, I took the card to a friend who has the latest in card rescue technologies and was able to save 61gb of lost photos, for those of you who don’t know, that’s an insane amount of images!

So here are a few more shots of the new Derilissus sp. or Clingfish that was found by the Smithsonian Institution and Substation Curacao off the coast of St. Eustatius earlier this year. The crazy thing for me is the size of the fish, it was so small that you couldn’t see with the naked eye the beautiful colors on this fish, it was only after being shot with a 105 macro lens that we were able to see those insane eyes! This fish is only about a quarter of an inch in length, get a ruler, that’s small!   MORE