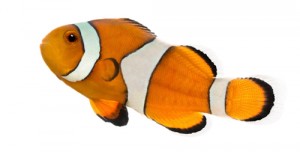 Here’s some news we can’t believe we’re even breaking today! Upon first glance, this Amphiprion ocellaris may strike you as your typical false percula clownfish. The familiar citrine-hued inhabitant has become what could be considered the Golden Retriever of the aquarium world – a docile, friendly, glistening little fish with a reputation that children fawn over – the perfect family pet! While this particular anemonefish is no stranger to the trade, it seems it was only a matter of time before someone honed in on the “Nemo” trend that caught so many by storm Circa 2003.

Wes Tremblay is the breeder behind this particular strain, residing in Greater Sudbury of Ontario. If you’re curious why aquaculturists haven’t banked on this idea before, he elaborates, “Genetic manipulation isn’t the sort of thing that happens overnight – isolating a gene that results in stunting a singular pectoral fin? These fish normally would be culled”. 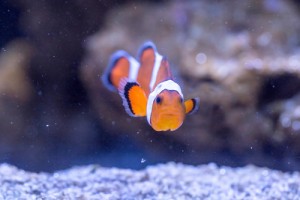 This takes the notion of “designer clowns” to a whole new scale, lopsided as it may be. Tremblay has managed to stay under the radar for quite some time, “I was nervous, despite my diligence on the project, someone would surely make the breakthrough before our reveal. But even though A. ocellaris is one of the most resilient species most hobbyists will come across, there’s a lot of hesitation [..] Some might consider the project to be some sort of reverse Darwinism”

But Tremblay, and his less than endowed misfit clowns prevailed, quietly launching Frosty Fish Farms. The aquaculture facility is now harboring dozens of true specimens that carry the gene, and you can bet they’ll cost a pretty penny! The occurrence of the mutation has crept over the years, now showing in a reported 25-35% of offspring, both in males and females and the dwarfed fin present in either the right or left pectoral, but never both. 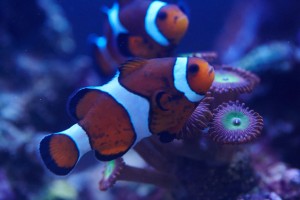 Despite their miniscule fins, these anemonefish are surprisingly strong swimmers. While pinpointing the diminutive appendage, Wes was sure that each specimen was robust and vivacious before throwing them into the pit. “I’m honored to be a part of such an exciting breakthrough and the forthcoming generation of aquarists to follow, the film [Finding Nemo] was a gateway for so many eager youths to the path of ocean conservation and awareness”.