Digging deeper into the chemical armament of SPS corals 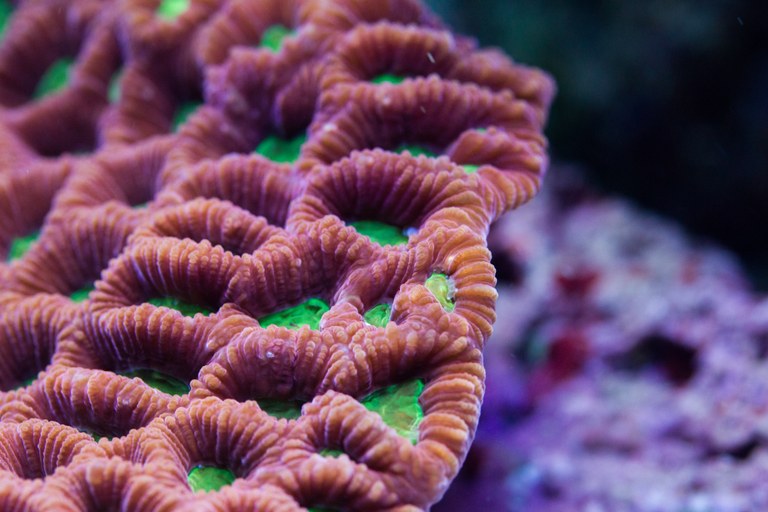 The common trade name for the Favites pentagona is “the war coral.”


We recently shared videos of corals attacking other corals with stinging cells.  Now a new study offers some new, fascinating information about how corals wage war.

The highest hemolytic activity was found in Stylophora (2818.55 + 693.95 HU/cm2), seven-fold higher than the organism with the second highest activity, the closely related Pocillopora sp. (407.07 + 141.38 HU/cm2). The highly-hemolytic Stylophora contained more than 600-fold higher hemolytic activity than the coral with the lowest activity, Montipora (4.64 + 2.55 HU/cm2). Examination of total nematocyst density in the sample tissue revealed a somewhat different pattern. The branching corals (Pocilloporidaee and Acroporidae) had far more nematocysts per surface area than the robust corals (the latter belonging to the family Favidae), with the tissue of Pocillopora containing ~350-fold more nematocysts than that of Favites (30.966 + 6.83 104/cm2 vs 0.093 + 0.03 104/cm2, respectively).

It may come as a surprise to reefkeepers that SPS corals pack more (much much much more) nematocysts per surface area than Favia and Favites. Pocillopora was the champ, while Acropora and Stylophora ran neck and neck for second place.

Also, despite their best efforts, the scientists weren’t able to discharge the majority of nematocysts they extracted.  Millepora and Pocillopora both fired off more nematocysts than Stylophora, yet, Stylopohra was the most potent by a long shot (see column b).  The authors of the paper opine: “This raises the question of whether the hemolytic activity of the tissue homogenate originates from the nematocysts.”  If nematocysts doesn’t necessarily pack all (or even the majority) of firepower, then what does?  As is often the case, the scientific findings creates more questions and invites more discovery.

Because Stylophora pistilata presented the greatest hemolytic activity of the tested corals, the researchers focused their next set of experiments on this species and made four key discoveries:

The full findings are published in Nature.