Two distinct waves of colonization by fish on reefs have been identified in a recent study performed by Samantha Price, a postdoctoral researcher in the Department of Evolution and Ecology at UC Davis. In this study she has found that before the mass extinction event there was a defining wave of reef fish colonizing reefs that occurred between 70 and 90 million years ago. 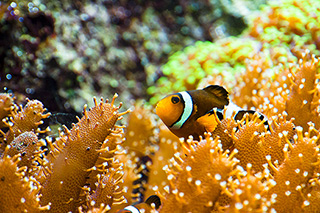 After the mass extinction event which occurred around 66 million years ago, a second wave of colonization began, and by around 50 million years ago the reefs were homes to most the fish we are familiar with today. “If you were able to dive on a coral reef 50 million years ago, the fishes would seem familiar, you would recognize it as similar to a modern reef,” she said. Read more here!