Dive lights in an underwater image? 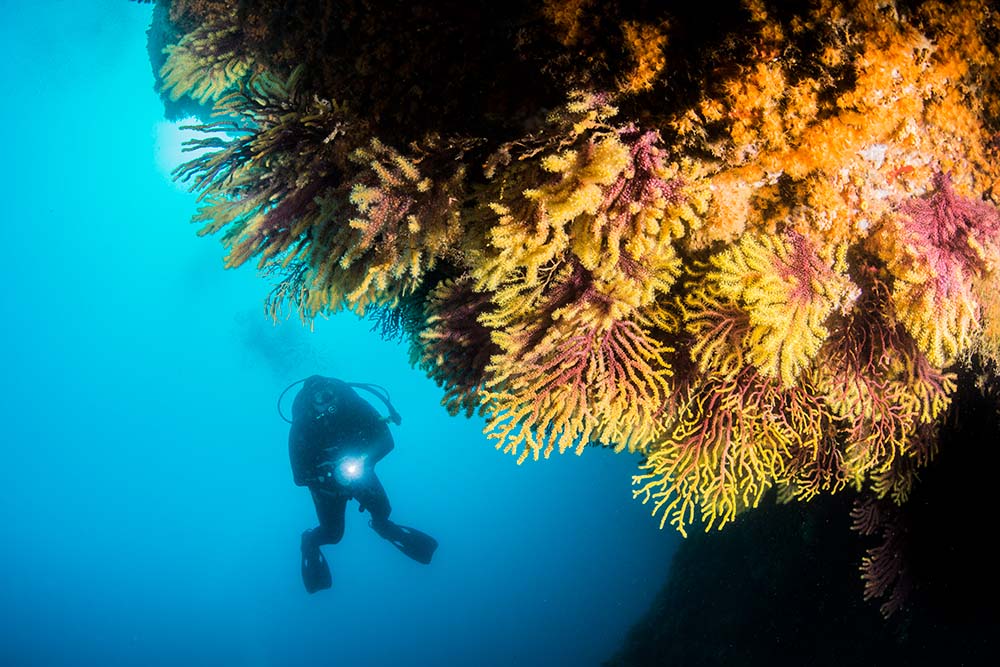 In an earlier post I looked at how I have finally accepted the inclusion of people in my images and how I sometimes encourage subjects to use torches (Dive lights for US readers).  In this post I’m sharing images that I think were helped by some underwater wattage.

In the first image, and the one below, without the dive light, the diver would just have been a passive shape in the background, lurking you could say.  By using the light the diver is linked, in our minds, to the well-lit foreground.  They have become an active subject in the image, rather than a passive one.  Obviously it is my camera gear that provides the overwhelming bulk of the illumination, but I’m happy to help create an illusion. 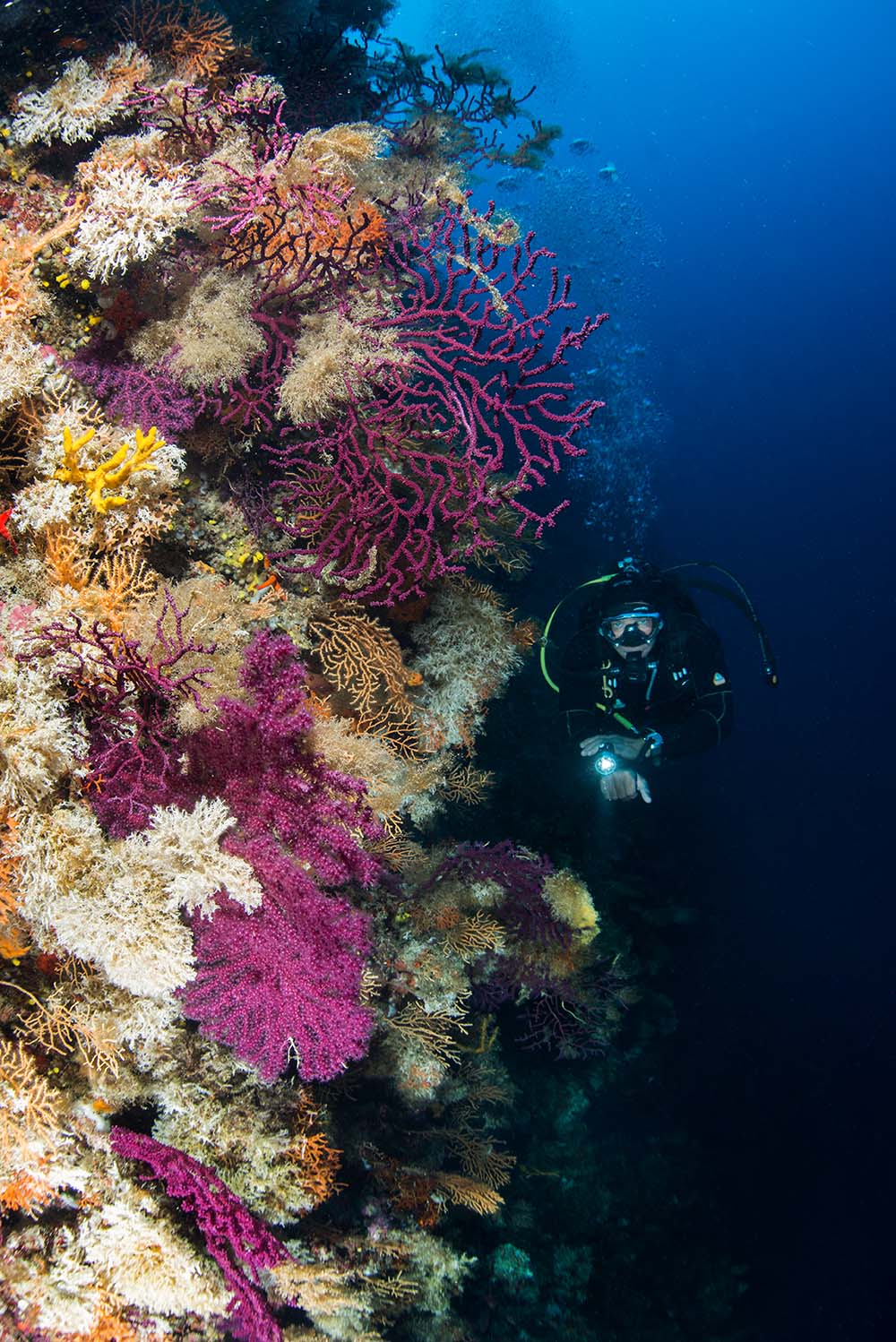 In the image below on a Caribbean wreck, the diver’s light once again helps with the impression that he is exploring and searching the wreck.  Clearly that’s not the case, when you think about it, but I think when considered with the text that accompanied the image, the lighting strongly suggested an exploration of the deep. In reality his light is quite feeble and I’m using a single flash to only illuminate the wreck ahead of him. 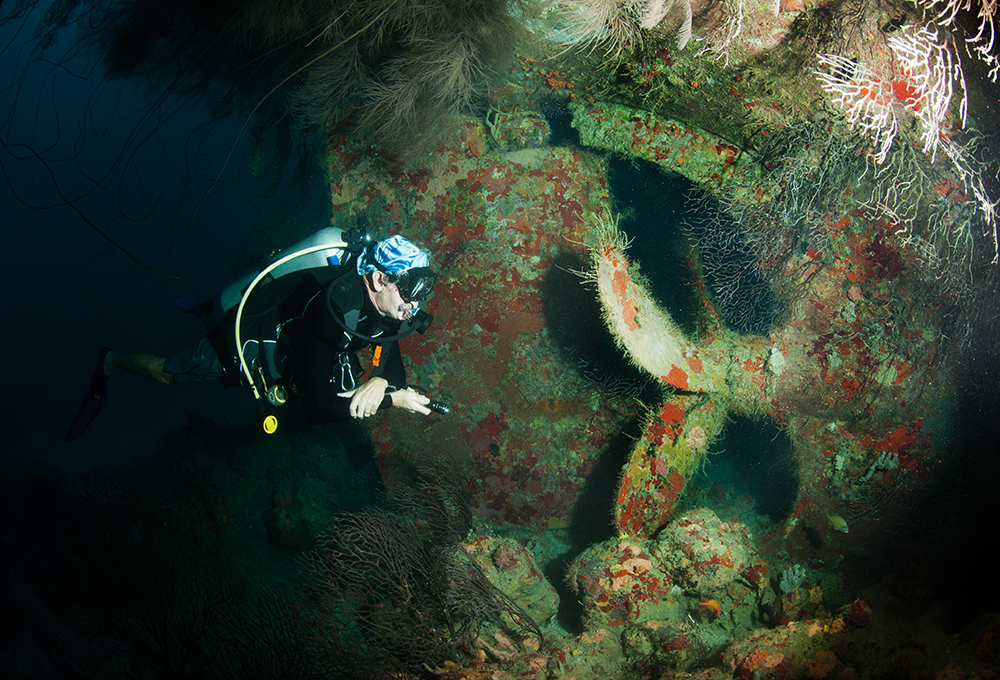 It’s a similar story with the image below from the Red Sea.  The diver appears to be doing something, he’s no longer a passive object and has a role in the image. 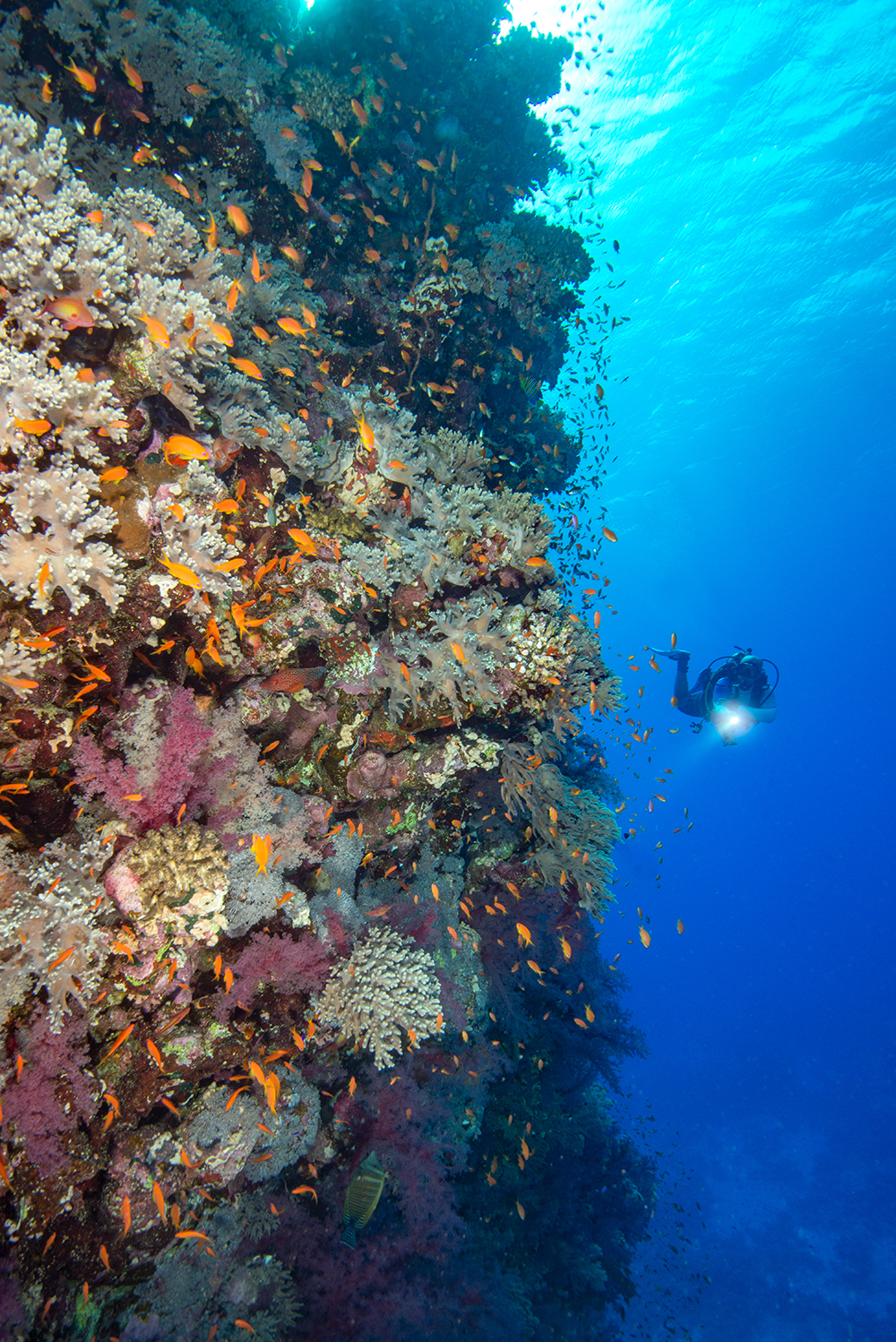 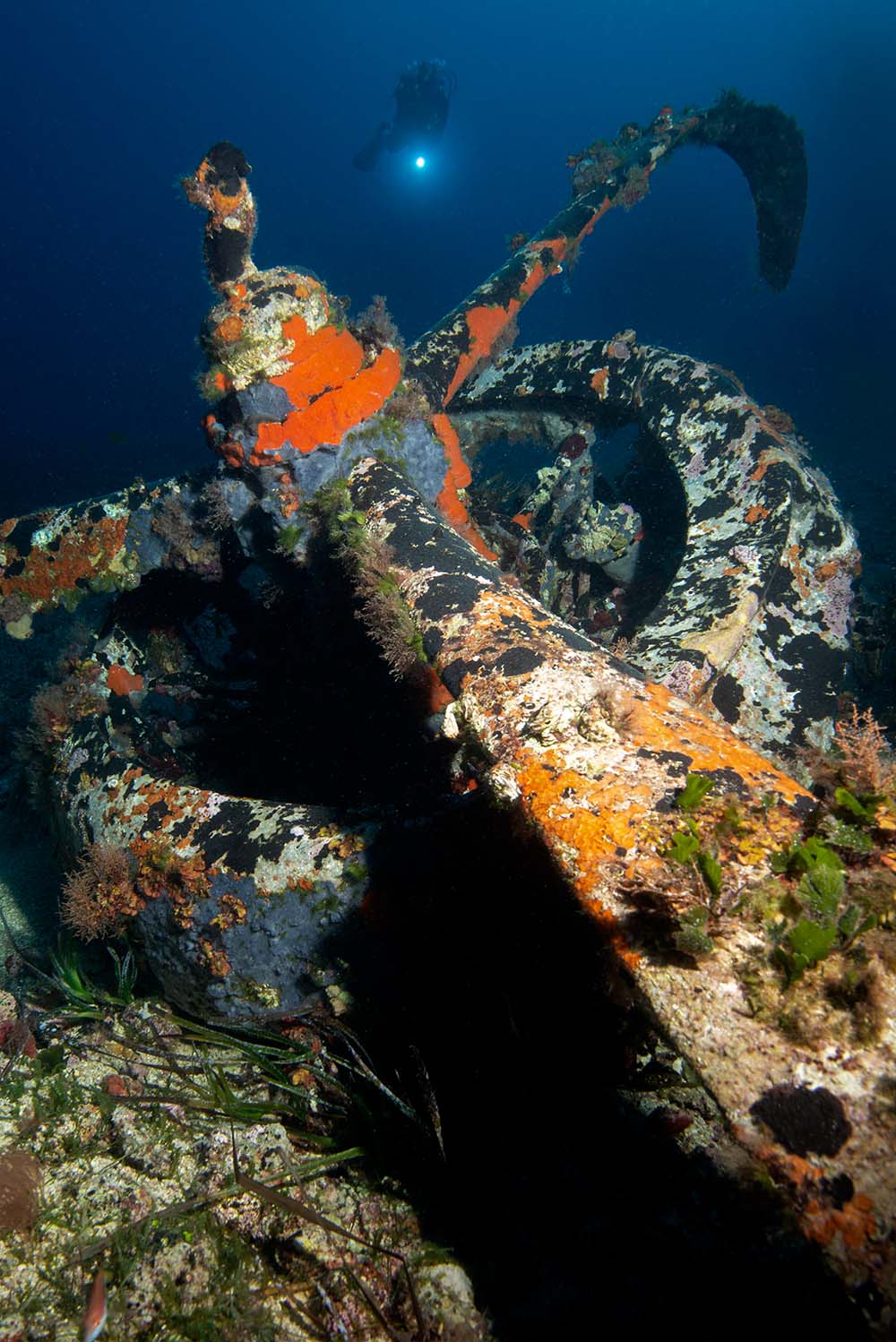 Sometimes I include a diver with a light to simply add an extra element to an image.  The shot above from the Med shows an aircraft engine shot from a plane during the last war.  Its origin is somewhat unclear.  I wanted to capture the colors of the marine life as well as the form of the propeller, but it was lacking something, until I signaled my guide to move to the rear and get behind the subject.  I think it works, but do you agree?  Maybe I’m overthinking it?