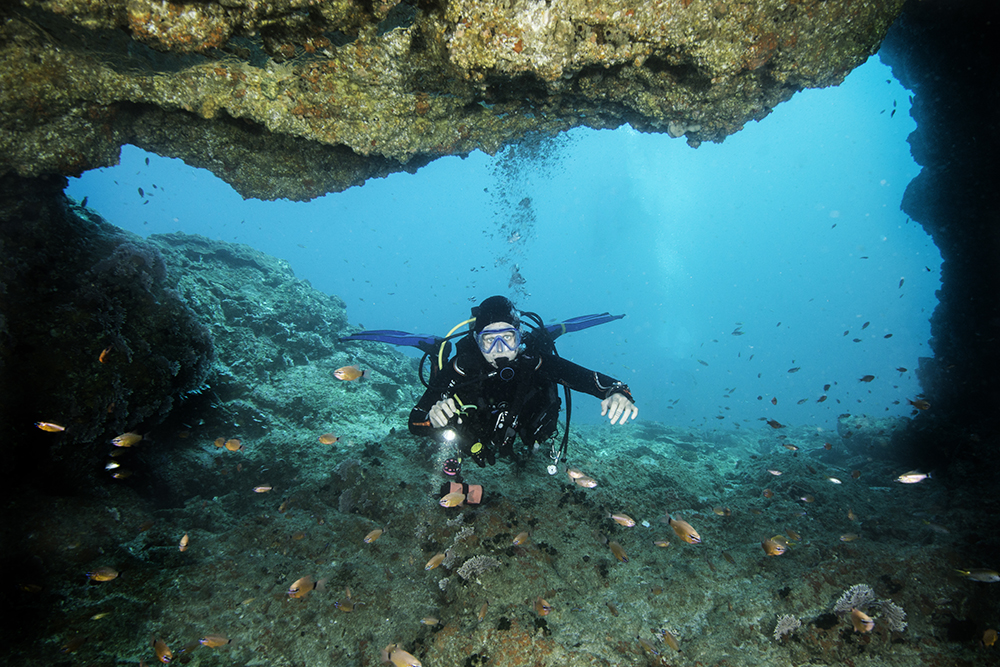 In my last two posts I discussed taking images of divers and how the use of torches (dive lights) can add to an image.  In this post I want to talk about how not to do it, with some examples of really bad torch usage.

In the first image, from a fascinating cave system in the Arabian Sea, I’ve clearly not briefed the guide correctly and she’s looking at me and not a real or imagined subject.  I think it sets up a a dissonance in the mind of the viewer.  It reminds the viewer that there is a photographer distracting the subject.  I’ll ask the subject to look at the illuminated object from now on. 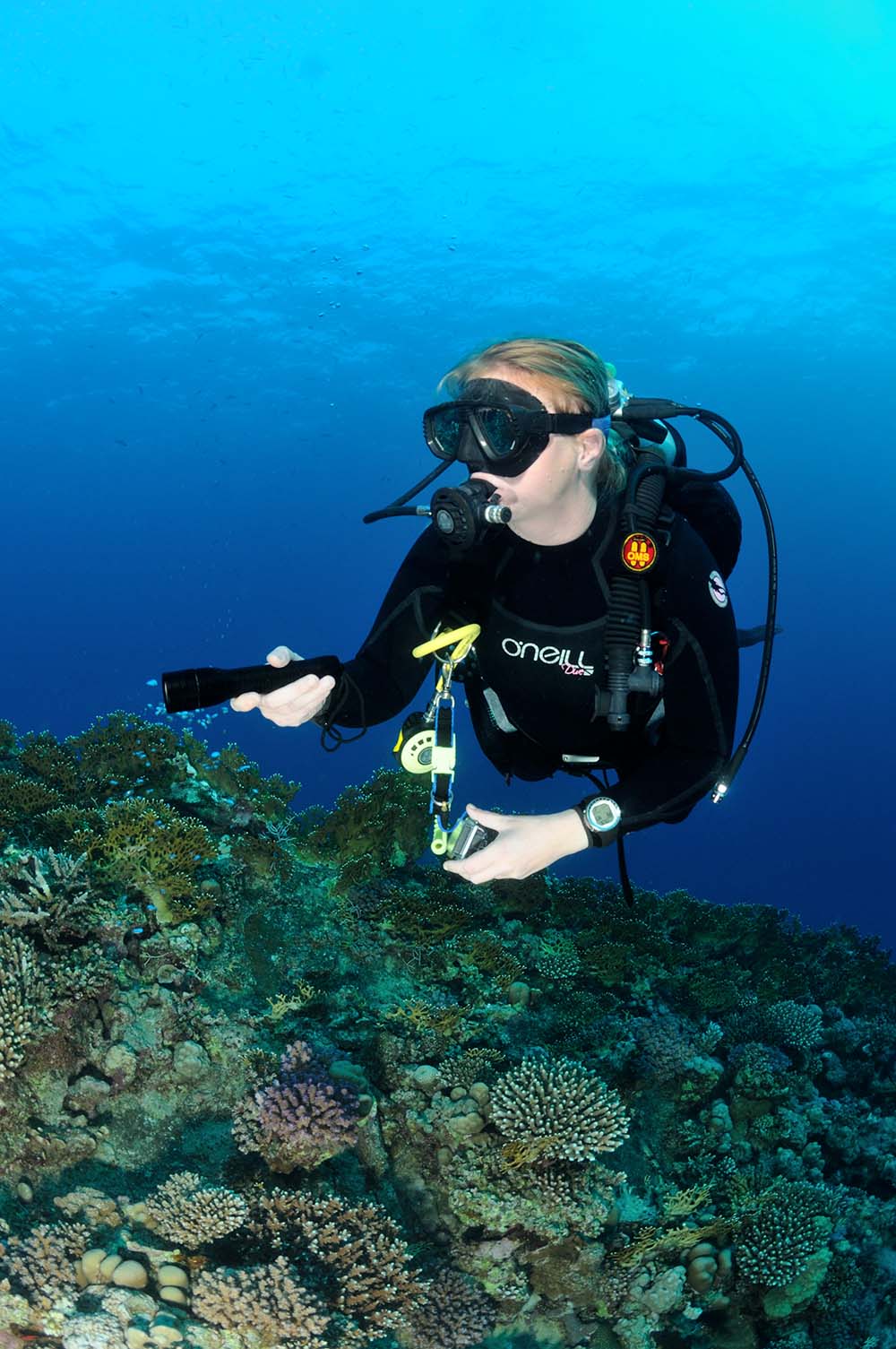 This image has multiple faults to avoid.  What exactly does she need a torch for?  Is it even on? And wouldn’t it be better if we could see more of her face?  This is clearly a contrived image and does not work at all. 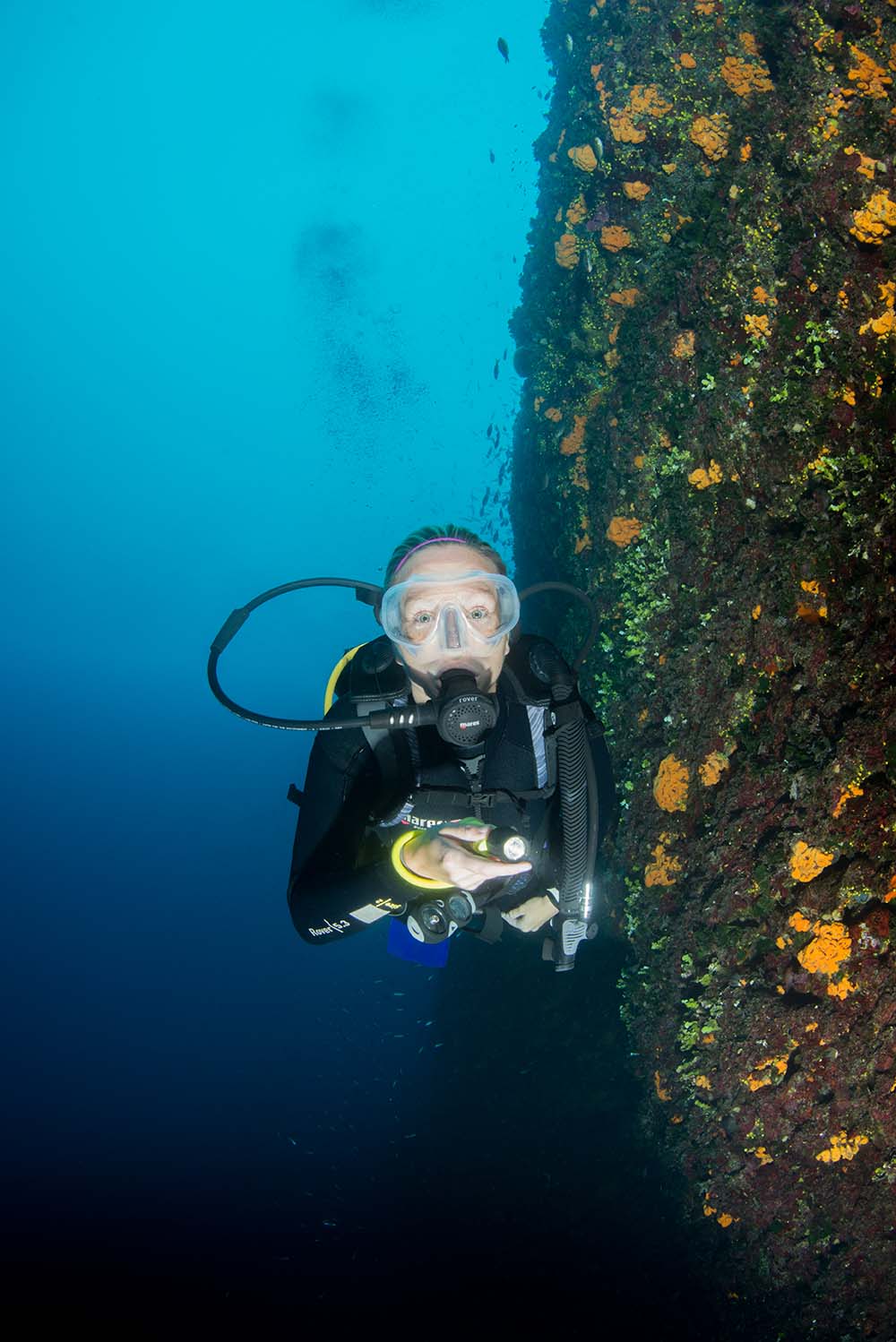 This picture is truly awful.  The diver is looking straight at me, possibly thinking ‘what the heck do you want me to do now, you annoying man?!’  At the same time she looks terrified.  She wasn’t of course, and is a highly capable and experienced diver.  In the image below she’s examining an overhang with a small shoal of Anthias anthias.  It’s not a bad shot per se, but I’ve messed it up with my heavy-handed use of flash.  Clearly her torch is not providing anywhere near the correct illumination. 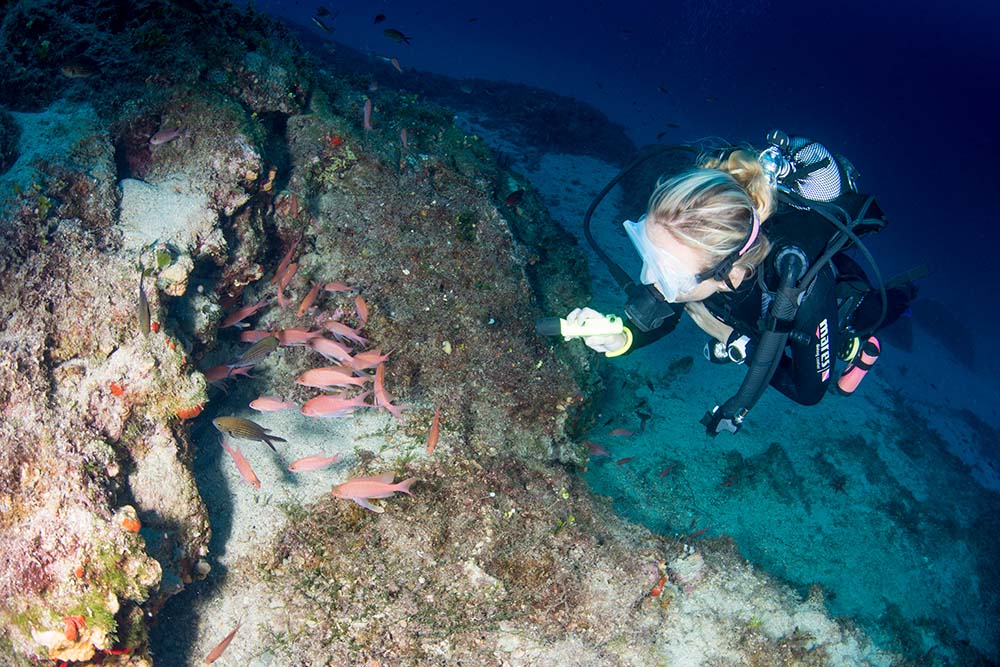 Again, the shot below is truly terrible.  The diver is quite rightly avoiding shining her torch into the face of this resting turtle.  We were on a reef in the Maldives with many overhangs, so the torch was actually needed, but the image just looks silly with the torch pointing in the wrong direction, yet there’s light on the turtle.  It’s just wrong on every level. 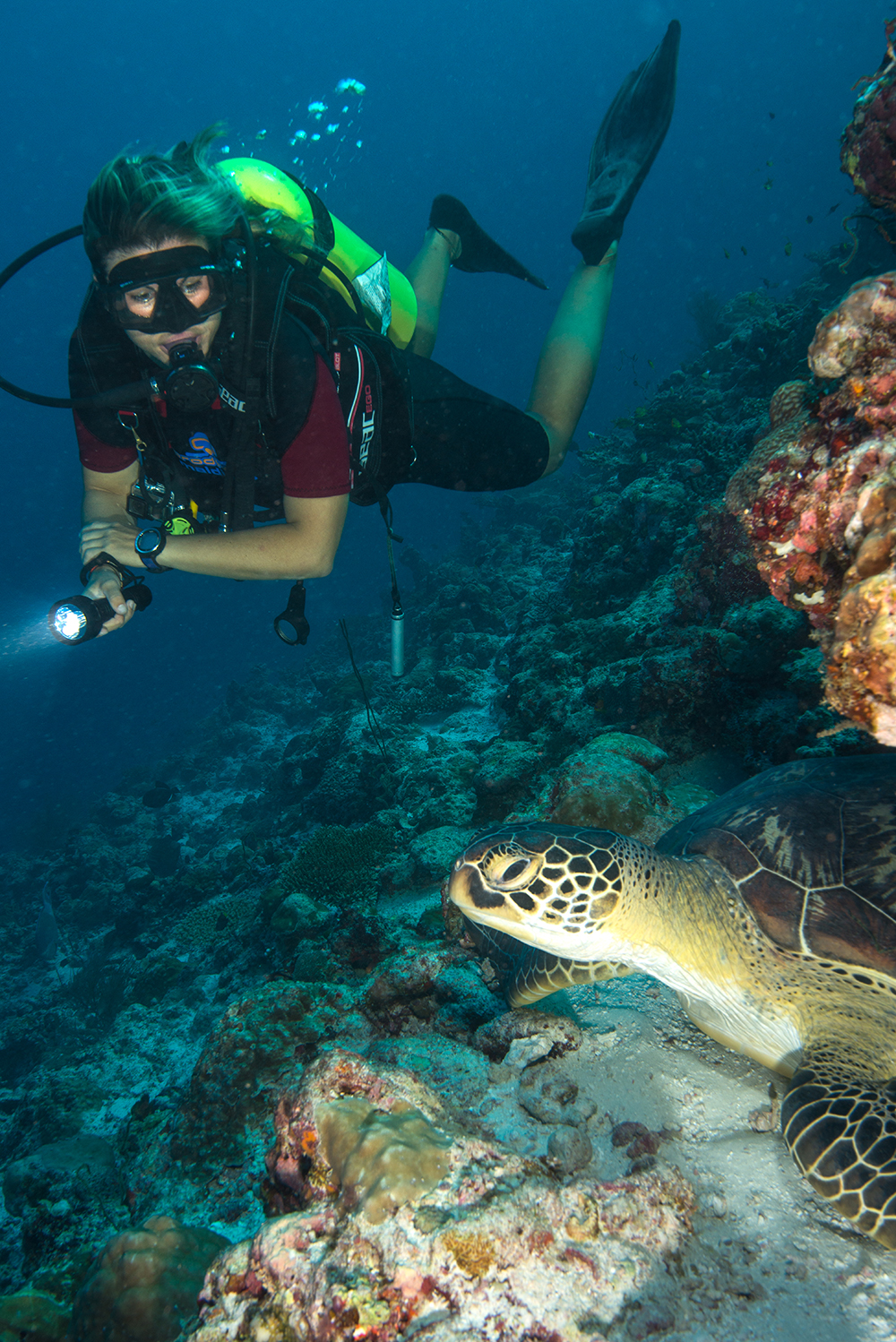 That’s how not to do it!  I hope someone learns from these failings.