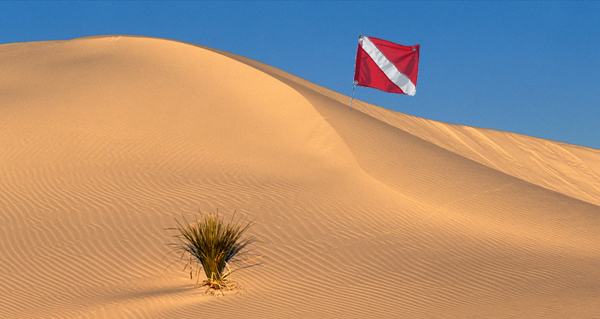 I remember setting foot on my first dive boat.  I was happy to see that an entire wall of the boat was devoted to bumper stickers from dive shops around the world, since that implied that we were not their first customers, which gave me some peace.  What surprised me was the amount of inland dive shops represented on that wall.  It seemed to me that diving should be a coastal hobby, since the cost of gear is expensive enough when you don’t have to tack on airfare to some tropical destination.  Apparently Linda Nelson and George Sanders, long time divers (we’re talking over 5,000 and 8,000 dives respectively) and owners of neptune Divers in Salt Lake City, Utah also felt that there should be an easily accessible and exciting place to dive close to home.  After experiencing years of frustration over the fact that their only place to open-water certify people was a five hour drive to a cold and rather boring lake, they did what any of us would do- they scoured a geological map looking for a hot spring, and when they found it in Grantsville, UT they purchased the property and brought in the heavy equipment to dig out this spring into a warm lake.  They eventually added two more lakes and dubbed their new homestead “Bonneville SeaBase.”  Now for the interesting part- these lakes are filled with salt water!  The whole area surrounding Salt Lake City, in fact most of the state of Utah, was once a lake formed by glacial melting.  Mineral deposits left as remnants of that time are responsible for the salty nature of the lakes today.

The lakes don’t have parameters that any hobbyist would accept in their own reef tank. The pH is low, the salinity is low, and while temperature is more stable than you would expect in ski country, it still dips down well into the 60s in the winter, so when Linda and George pitched the idea of adding saltwater fish and invertebrates to those around them, they received a resounding “Are you crazy?!”  Apparently, they are.  They added a variety of fish including angelfish, porkfish (Anisotremus virginicus), jacks, nurse sharks, rays, and grouper.  While not everything is well suited for these waters, those fish that survive have been nothing if not prolific.  The crevalle jacks (Caranx hippos) that are swimming around in there were added at a size of about two inches and are now frighteningly large.  They have a Cortez angelfish (Pomacanthus zonapectus) that has been there for almost 20 years! Not to mention the fact that porkfish, sailfin mollies (Poecilia latipinna), monos (Monodactylus Argenteus), and scat (Scatophagus argus ) have ALL reproduced in the main lake.  While their success with invertebrates has been minimal, there is one species of tunicate that seems to be thriving.  One theory regarding the reproductive success of some of the fishes, especially the porkfish, is that tunicate larvae may be acting as a first food for the fish larvae. 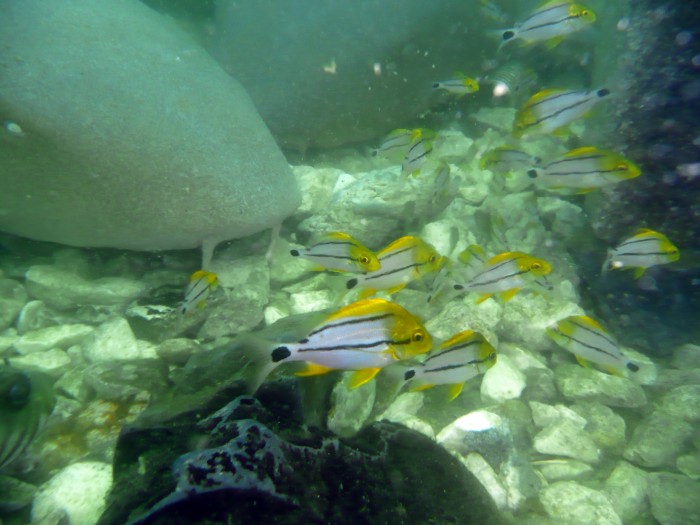 Starting this venture has afforded Linda and George many interesting stories.  They witnessed the only shark attack on record in Utah after, for reasons even she can’t explain, a dive instructor visiting their facility stuck her hand into the mouth of a nurse shark (don’t worry, the hand healed just fine).  The spot has attracted a variety of visitors, from Boy Scouts to “Burners” (participants in the Burning Man rallies), and while they may not have much in common, they all share in the feeling that SeaBase is both a literal and figurative oasis in the desert.  The walk from the on-site dive shop to the main lake is surreal. Fins in one hand, dive 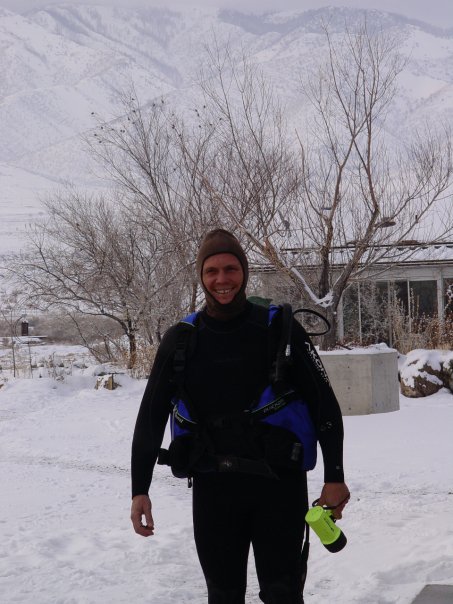 light in the other you breathe in the cold air and may be blinded by the reflection of the snow on the surrounding mountains.  But, the moment your mask goes below the surface of the water you are greeted by a colorful mass of fish, ready and willing to take the romaine lettuce from your hand.  The contradictory landscapes of above the waterline and below add to this truly unique experience.

While the algae blooms often prevent the kind of visibility you may expect when gazing at these tropical fish, this mostly open-air facility is as close to a reef as you can get this far from the ocean. Linda’s and George’s creative solution to a very real problem for inland dive shops has done wonders for fostering a new generation of divers and marine life appreciation.  They have created a paradise right in their own backyard.  While $20 may not get you much these days, if you’re in the area it can get you a whole day of marine exploration in the most unlikely of settings.  Check it out here:http://www.seabase.net/ and thanks to Linda for the great underwater pictures!