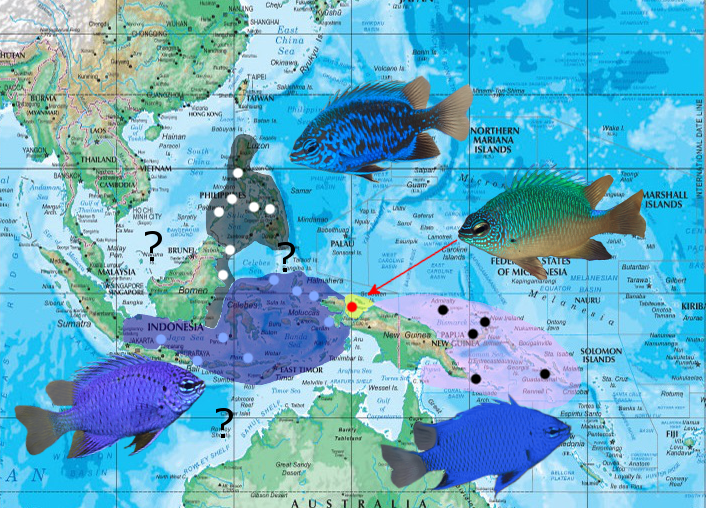 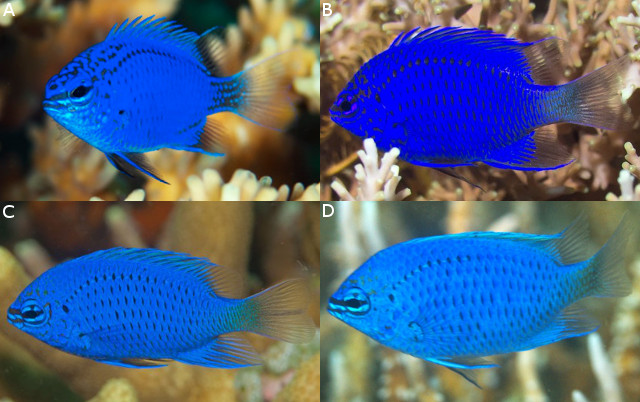 Notes: Very similar to the Melanesian cyamatilis, but without a black spot beneath the soft dorsal fin. While frequently available in the aquarium trade, it seems to be less common than the undescribed species found in the Philippines. It is alleged to feed on Convulotriloba flatworms in aquariums, though not every aquarist reports success with this. 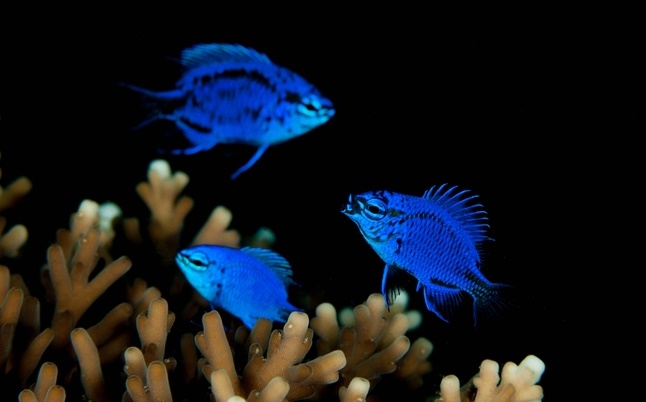 Notes: The northern variant of springeri has long been suspected of being a separate species, and is currently being investigated by Dr. Gerry Allen. Juveniles appear identical to the true springeri, but specimens develops black patches dorsally and on the caudal peduncle as they mature. The ventral fins also turn black, similar to the Melanesian cymatilis. Both springeri and cf springeri may be present in Lembeh, but genetic study is needed to confirm this. In the aquarium, it has been reported that the two phenotypes segregate themselves. I’ve chosen to create a new common name for this species, as there doesn’t seem to be any consistently used name for this population. 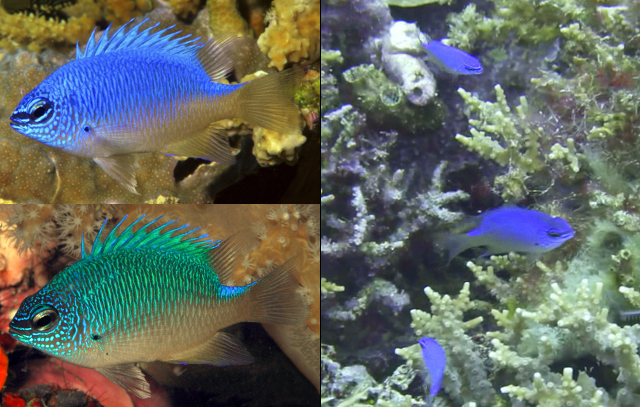 Note: Depending on lighting, specimens can appear green-blue with only the upper caudal peduncle exhibiting a bright blue. It’s possible populations may exist to the west in the Raja Ampats, as other Cenderawasih endemics have been found here, but it is unlikely that this species will ever be collected for aquarists. 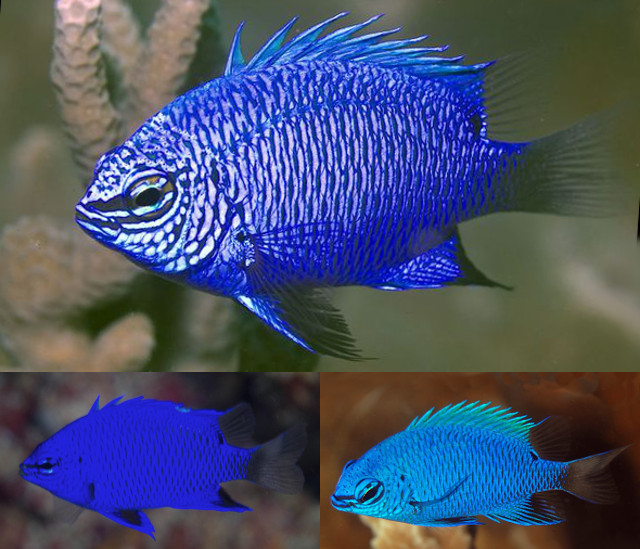