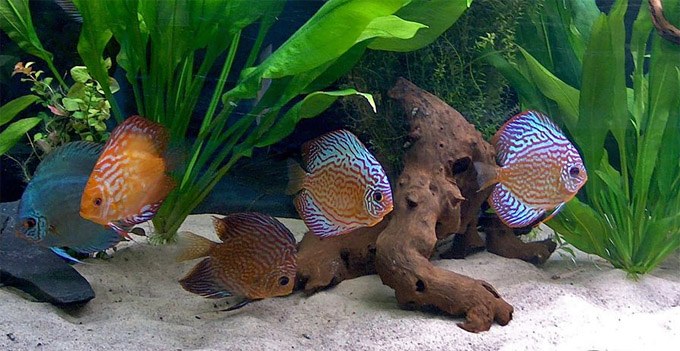 
According to Daily Sabah, Önder Doğanay’s wife grew increasingly frustrated and angry having to take care of his 42 fish tanks – so angry, in fact, that she gave him the ultimatum of living with her or his fish.  How’s a man to decide?!

In the end, he got to keep both.  Doğanay rented a separate flat and moved all his fish (his favorite mistress are discus) into their personal space.  A professional fishkeeper now tends to the tanks while the doctor is away at the hospital, and his wife is finally at peace at home.

Most of us would sacrifice a kidney for just a dedicated fish room, yet Doğanay somehow managed to convince his wife to agree to a whole fish apartment.