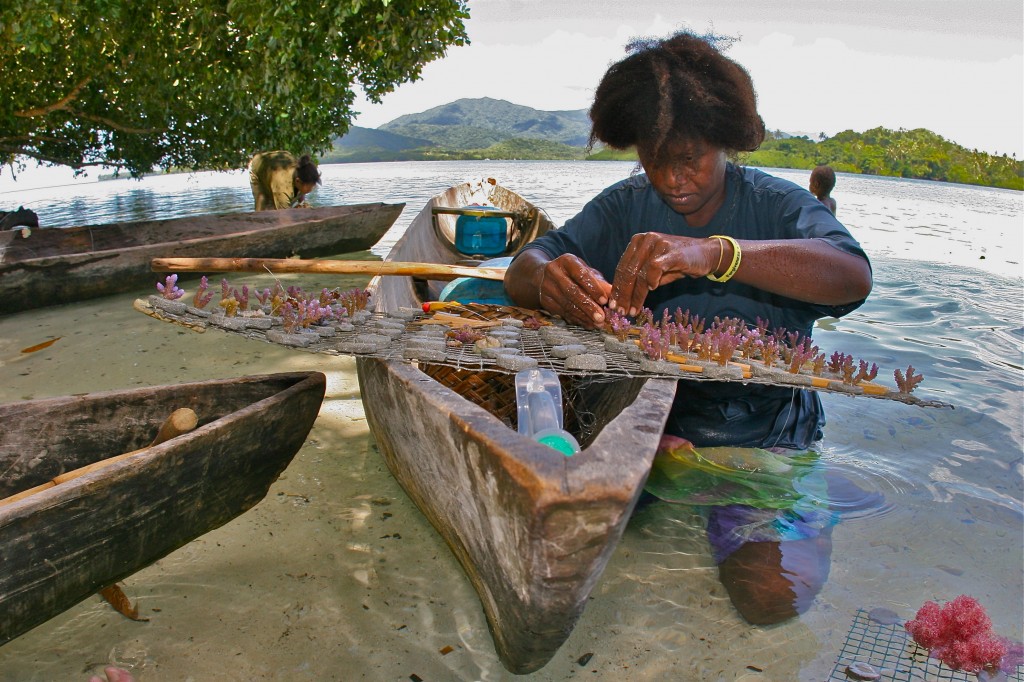 A recent blog entry penned by Michael Rice of Marine Engineers called upon aquarists to not support Pacific Aqua Farms (PAF) because the Los Angeles-based wholesaler does not support sustainability in the industry. “This is…a company that we should all take note of and try to avoid due to their unethical philosophy regarding our environment and right to destroy it for the good of humanity,” writes Rice in the 12 March 2012 piece published online at the Marine Engineers’ website. At the heart of the Marine Engineers’ piece appears to be a belief that PAF is anti-aquaculture, anti-sustainability and unprepared to operate in an industry where cultured animals are playing an ever larger role. My own experience reporting on the trade, as well as several interviews with the president of PAF, suggest a more nuanced view is appropriate. 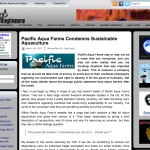 “It seems to me that [Marine Engineers] really misunderstands our stand,” said Dave Palmer, president of Pacific Aqua Farms, in an interview today. Palmer states he is not against aquaculture and that PAF regularly provides cultured animals to its retail customers. In addition, Palmer has served on the Board of Sustainable Aquatics, one of the largest aquaculture facilities in the Country, and he is responsible for a mariculture initiative in Solomon Islands that has been the model for other source country mariculture projects.

Much of the cultured livestock in which PAF deals originates in source countries, and that gets to the heart of the passages Rice excerpted from the PAF website. The passages seek to explain a fundamental tenet of PAF’s business model, which is based largely on Palmer’s own firsthand experience in source countries like Solomon Islands. Palmer believes the trade, which is dependent upon animals, ecosystems and fishers in those developing island nations, has an obligation to support those countries. This is why PAF more often than not chooses to support source country culturing efforts instead of “industrial culturing” in developed countries. For Palmer, it is as much about equitability as it is about environmental sustainability, although Palmer is quick to point out the two are not mutually exclusive.

“I do buy some aquacultured items grown in the States,” says Palmer. “I am not rabidly against it, but I think that first priority should go to the source countries—we need to be careful to include them to the level of a sustainable trade in the source countries.”

To make the leap, as Rice did, that PAF “is not willing to take part in sustainable practices,” seems uninformed at best. There is no question that PAF’s views on the subject of cultured animals are different than many others in the trade, but claiming PAF “refuse[s] to accept that aquaculture is a beneficial practice” is simply not true.

Working with Locals and Avoiding Biopiracy 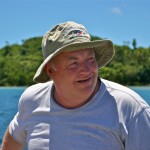 I had the opportunity to observe Palmer’s commitment to culturing animals in source countries firsthand last year when I travelled to Solomon Islands to research an article for Coral Magazine. The article was about a longstanding coral mariculture initiative in Marau Sound in which Palmer has been the dominant force. According to several people I interviewed for the article, this initiative in Marau Sound was actually on the cutting-edge of source country culturing efforts—something that has now become a lot more common throughout the Indo-Pacific.

Palmer, who also owns and operates Solomon Islands-based Aquarium Arts, has been working with locals in the Solomon Islands for more than 15 years to develop a profitable business model based on coral farmers sustainably collecting broodstock, fragging those parent colonies, and then growing out coral frags in protected waters to sell to the trade. Aquarium Arts is a major supplier of marine aquarium animals—both maricultured and wild-collected—to PAF.

As Palmer told me in Solomon Islands when he showed me the mariculture project in Marau Sound, what he is really condemning is what he calls “biopiracy,” not aquaculture as the Marine Engineers article suggests. “The [Marine Engineers] article really has it wrong when it says that PAF condemns aquaculture,” Palmer says. “What we condemn is the ‘biopiracy’ of stealing genetic materials from the countries of origin. I am all for aquaculture or mariculture when it occurs in the country of origin.”

As I detailed in my article “Tank-Raised Tangs & Triggers Become a Reality” (Coral Magazine, March/April 2011), Palmer feels the trade has an obligation to local fishers in developing island nations who are currently benefitting from the trade. “Keeping village people employed is critical,” said Palmer in that article. “I don’t like biopiracy, where we take a natural resource, move it to a convenient location, and raise it for market with no benefit to the local population where the animal came from.”

No doubt PAF’s approach to aquaculture, as well as some of the language on the Company’s website, may be perceived by some as radical, but it is certainly not as cut-and-try as the Marine Engineers blog entry made it out to be. At the very least, PAF’s approach to culturing animals for the marine aquarium trade is a worthy topic for discussion, but we must first make sure we first have the facts right and that we are discussing the real issues instead of sensationalized hype.

In my interview with Palmer today, he suggested that his statements concerning biopiracy indeed do err on the side of hyperbole, but that’s because he believes so strongly in the trade’s obligation to support the local fishers upon which the trade depends. When asked directly, Palmer confirmed PAF does buy some cultured products from U.S.-based aquaculture suppliers.

“I buy quite a lot of farmed xenia from growers in the states,” Palmer says. “Xenia farming does not make much sense in the source countries due to high mortality in shipping.” 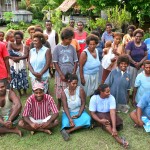 While PAF is not against aquaculture, Palmer does wonder about the real impacts of U.S.-based aquaculture when it comes to sustainability.

“PAF certainly has nothing against hobby farmers,” Palmer says. “We support them with broodstock and will often trade their aquacultured corals for new broodstock.” What Palmer is concerned about is the categorical sustainability-equals-aquculture mentality that is professed by some in the industry. “PAF does not condemn aquaculture in the States as much as we feel that support should be given to doing it in the source countries,” Palmer says. “We feel that waving the sustainable or responsible flag over corals farmed in the States is somewhat misguided.”

In some source countries, destructive food fishing practices are one of the few viable alternatives to involvement in the marine aquarium trade for local fishers. From blast fishing to over-exploitation of certain species like beche-de-mar to cyanide use for the live food fish trade, there are many examples of how removing the marine aquarium trade from source countries can have a detrimental effect on embattled reef ecosystems.

Palmer believes both the wild-collection and mariculture of corals should be carried out in a sustainable fashion, and when done appropriately, he points out, it creates economic incentive to conserve reef ecosystems. The trade in coral, unlike any aquarium fishes, is regulated by CITES, and while concerns exist about some species and some geographical locations, the trade in wild-collected corals and maricultured corals is generally deemed sustainable.

“The argument that coral must be farmed here to be sustainable just does not hold water,” says Palmer.