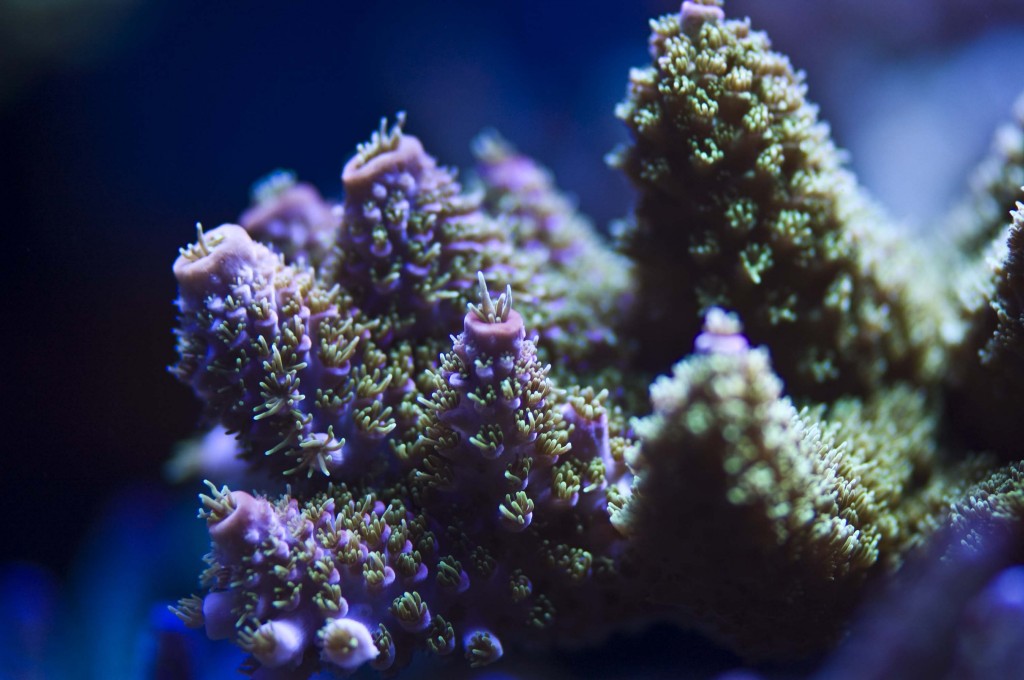 The unique rasp like coralites and striking contrasting colors of the Acropora robusta catch the eye of coral reef enthusiasts without exception.  It’s interesting that this stony coral is not often seen.  This coral is very hardy and grows nicely in a captive environment if some simple rules are followed.  The species naturally resides at the tops of the natural reef crests and is subject to very strong random flow and intense light.  The failure rate of this species is high when speaking about survival in a captive environment and the closed systems that most employ when attempting this beautiful animal.  This colony was grown from a small Bali cultured specimen and after some research, I placed it at the very top of one of my reefs where it would receive strong metal halide lighting and very strong random flow.  After a few months of slow or no growth, I began to see some promise.  Many small active growth tips began to form and to my surprise, the pigments then became very vivid and bright.  I misidentified this specimen when it was small and believed it to be A. abrotanoides.  As the colony grew and matured over a 4 year period, I began to see I was wrong.  The A. robusta is that acropora you hear very little about.  But I will do my part in introducing this beautifully rare and unique coral to the masses and try to raise awareness on the environmental necessities this animal deserves and needs to thrive.