Dr. Sanjay Joshi Delivers New Photon Hybrid (just don’t air ship them because we all know how that goes) 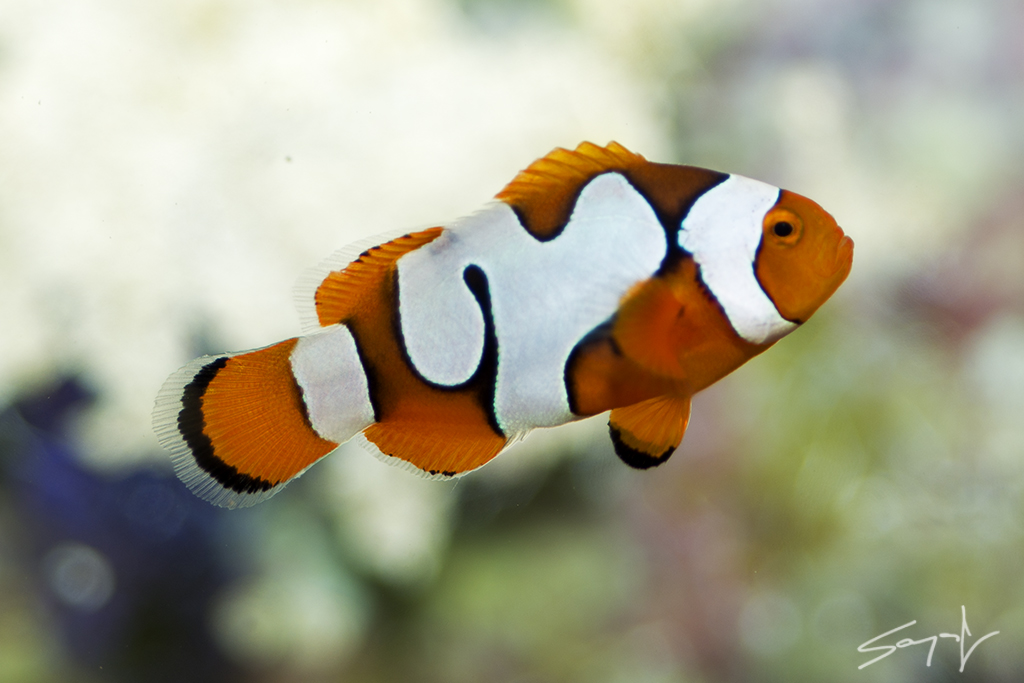 Meet the newest member of Sanjay’s Photon Clownfish family tree – The Half Black Picasso Photon! A true love story for the ages, the Photons all stem from a rather licentious female Onyx Percula (A. percula var. Onyx) Dr. Joshi picked up along with her chosen mate, a Black Ocellaris (A. ocellaris var. Darwin) in Colorado he dubbed “The Odd Couple”. Following the first unexpected spawns in 2009 that resulted in the handsome hybrid, the Black Photon Clownfish, and the loss of the original male, the female was paired with a subsequent string of suitors (a few of which were fated to murder). Sanjay threw us another surprise when the frisky female successfully paired with her own progeny in 2011, bringing us the Half Black Photon and, more excitingly, proved that the hybrids were indeed fertile (you can read a bit more about the history here). It’s been a while since we’ve since seen anything new on the Photon front, so we’re pretty giddy to announce the most recent spawning of a male Bali Picasso and a female Half Black Photon! 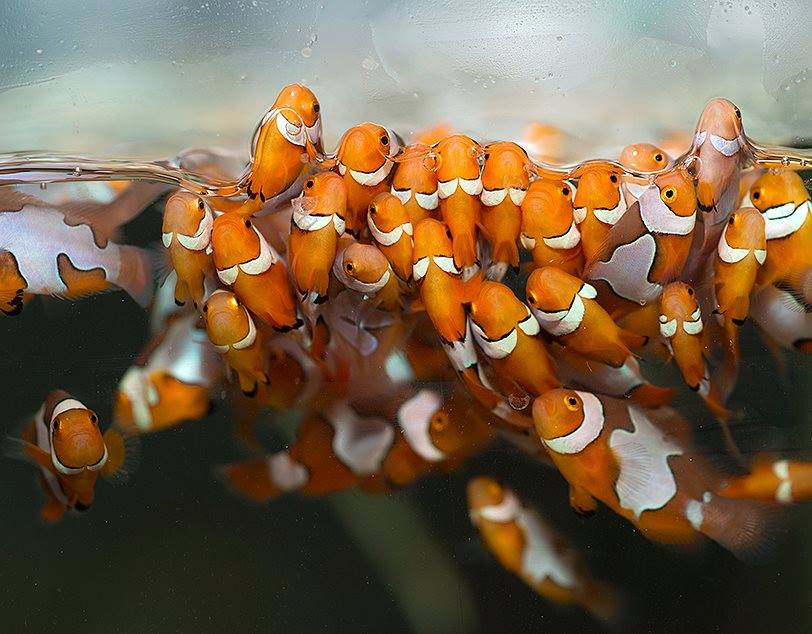 The resulting offspring, aptly named the Half Black Picasso Photon, boast an impressive variation of patterns – roughly half exhibiting predominantly white, swirling bars commonly seen on the Picassos and the others more closely resembling misbar Perculas. While the juvies are still too young to determine if they’ll develop the distinctive, inky coloration that makes them so striking, previous strains have consistently darkened with age. 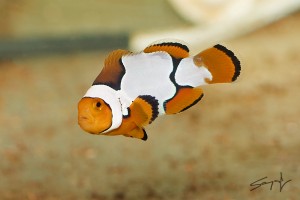 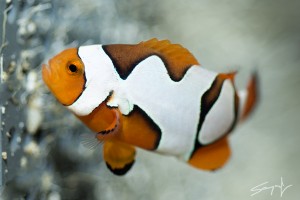 So just how can you get one? The first batch recently buckled up and made their way out to the midwest, arriving safely at the reputable doors of Nebraska Aquatic Supply where they will be sold exclusively (contact them for pricing and shipping info). In the meantime, please enjoy these gorgeous glamour shots of the babes as well as an updated genetics chart courtesy of Dr. Joshi! 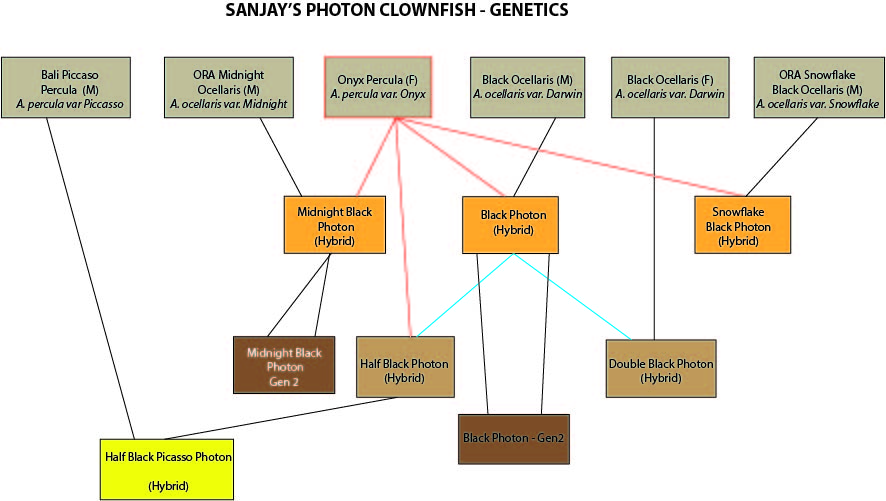 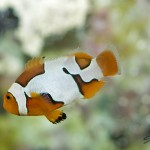 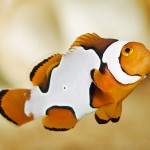