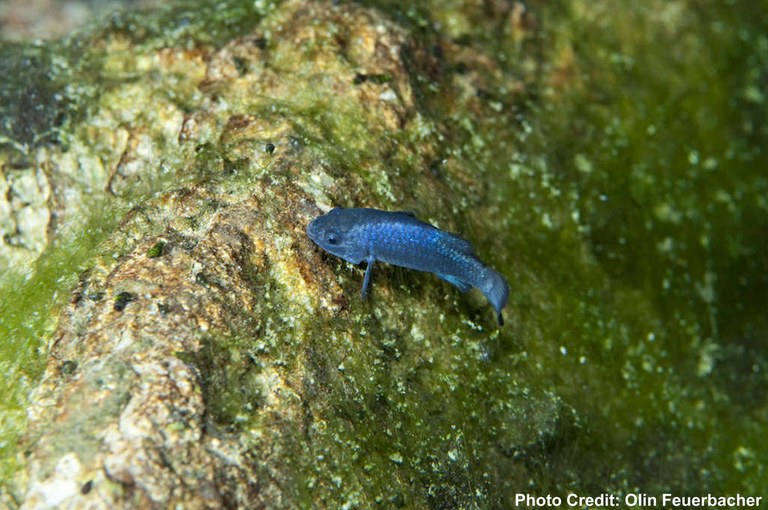 The pupfish (Cyprinodon diabolis) is only found at one place in the world: a 500-foot-deep cavern called Devil’s Hole at Death Valley. On Saturday, April 30, 2016, three men, armed with guns and beer, drove up to Devil’s Hole in their customized Yamaha Rhino off-road vehicle and broke into the protected section of the national park.

They fired shots at the warning signs, gate locks, and motion sensors.

Then one pupfish was found dead at the start of the following week.

So what’s the big deal about one dead fish?  The pupfish is a critically endangered species, with only about 100 specimens surviving, all of whom are found in this one protected habitat.  It is one of the rarest and most threatened fish in the world.

Officials are now performing a necropsy to determine cause of death.  Park officials also fear that the men’s activities may have damaged some of the pupfish eggs, whose peak spawning season is April and May.

Surveillance video captured the three men breaking into Devil’s Hole.  The men also left a trail of evidence at the scene including beer cans, boxer shorts, and vomit (yes, vomit).

The photo on the right shows the entirety of the pupfish natural range.  The equipment visible in the photo is used to monitor the water conditions.

If you have information about the incident, please call the NPS Investigative Service Branch at 888-653-0009 or submit the information via email, Facebook, or NPS’ tip form.  Today, NPS increased the reward to $15,000.

According to SFGate, authorities have identified the three men based on tips submitted by the public.  We hope justice will be served.