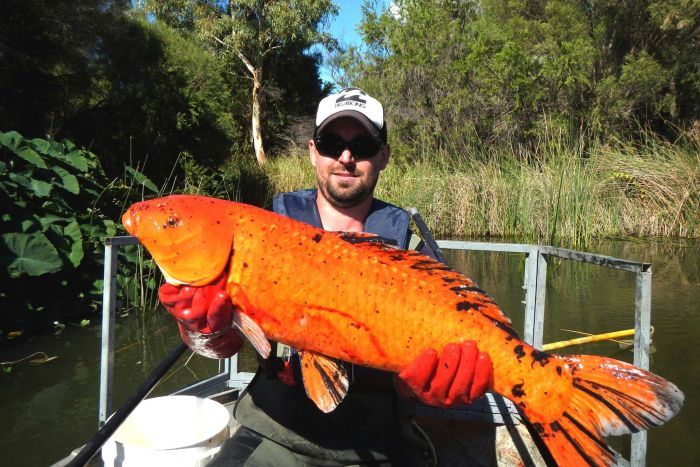 Owning fish is a big commitment, both of time and money. Many people think they are ready for this exciting pet ownership, only to realize they are not. Apparently, many people also think releasing these fish into natural waterways is a good idea. It is clearly not. These captive fish are dumped into rivers and lakes and can decimate the natural population rather quickly. The aquarium fish grow to big as big as their environment allows, hence the size of the massive Koi shown in the photograph.These now much bigger fish, overtake the area and are able to consume all of the resources, to the natural populations dismay. It is a serious problem and one in which consumers need education on. Dumping unwanted aquarium fish into natural waterways is a worldwide problem that needs to be addressed. MORE