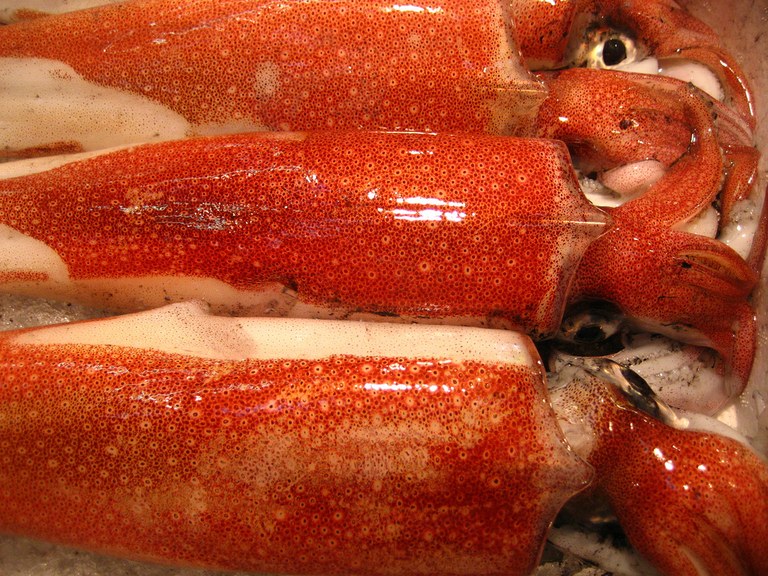 Squid in a fish market. Photo by Jeremy Keith / Flickr.


The squid in question measured 3 feet long and was caught off Guangdong province, China, by local fishermen. The surprise was not found until later, when a fishmonger began cutting the squid open for sale in the fish market in Jiaoling county.

“This sort of squid lives close to the shore and normally makes a meal of small fish and prawns,” said the fishmonger, who gave his name only as Mr Huang to the local Guangzhou Daily newspaper. “Perhaps he thought the bomb was his favourite food and gulped it down. He certainly had a big belly when he was caught,” he added.

When pulled from the squid, the bomb weight almost three pounds and was shaped somewhat reminiscent to an eggplant. Mr. Huang contacted the local police, who immediately removed the bomb from the fishmarket and later destroyed it in a controlled detonation. They also mentioned that even though the bomb was old and rusty, it was still very much active and could have exploded at any time. There was some speculation that the bomb was dropped from a fighter jet. However officials did not date it.