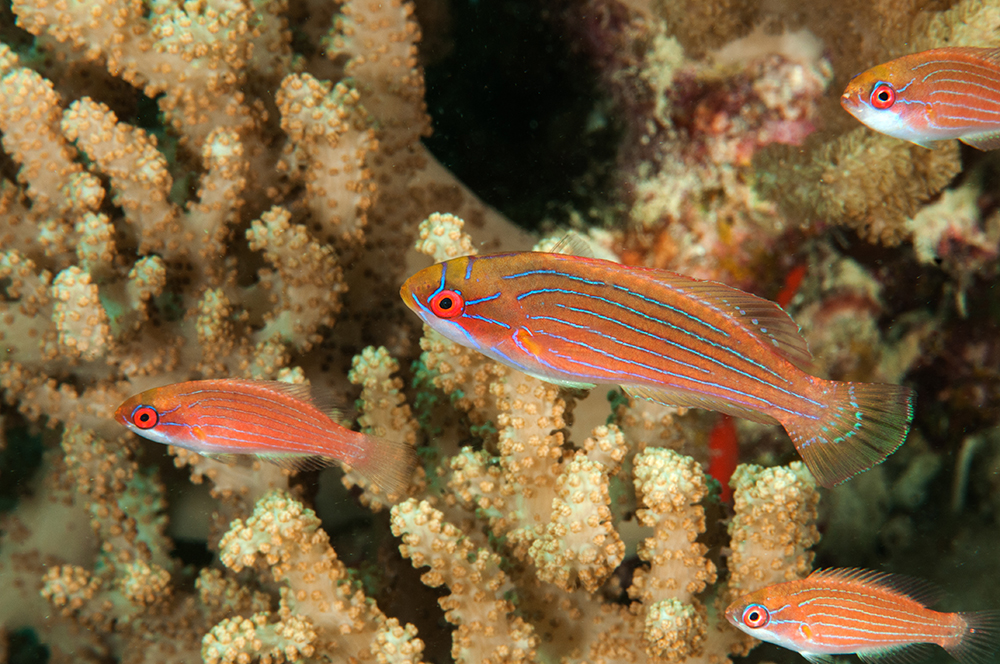 As anyone who reads me posts knows, I spend a fair bit of time photographing the fish and reefs of the Red Sea. As you can imagine, I’ve developed a fascination with species that are endemic to the region, of which there are quite a few. Estimates vary, but twenty percent of the total seems to be a widely-cited figure, thus somewhere in the region of 150-200. One of my favorites, and one of the more challenging to photograph, is the Eight Line Flasher Wrasse, aka the Red Sea Flasher Wrasse. 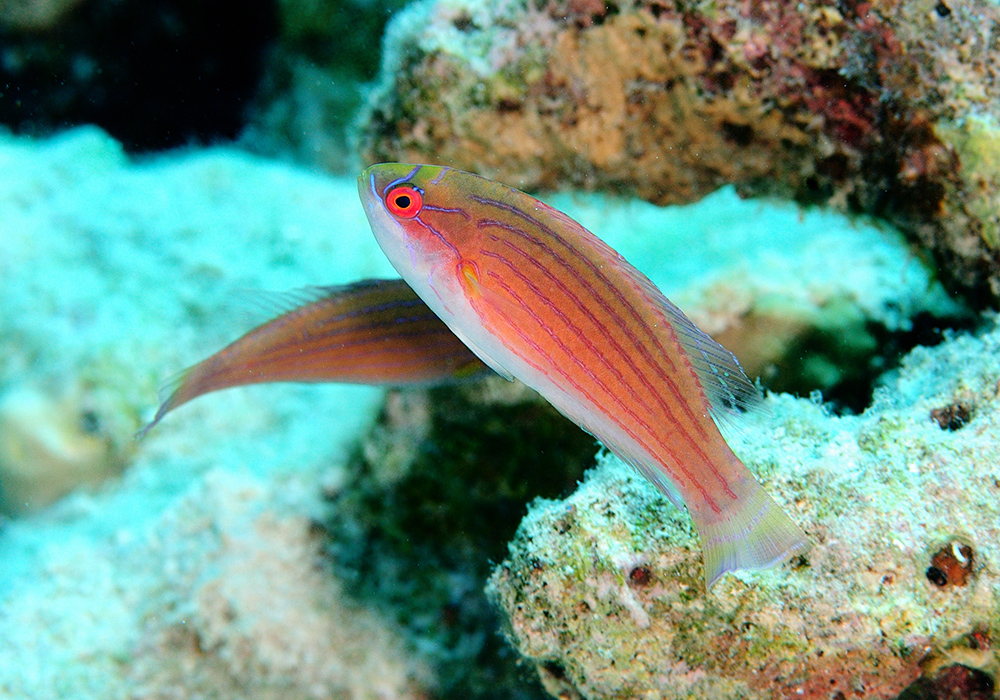 I don’t see this fish very often, as it tends to be found on the lower slopes of shallow reefs and patch reefs amidst sandy bottoms. It is common enough fish, but those aren’t always my favorite dive locations.

Like the rest of the genus, these fish live in harems. I always believed they were made up of single males and several females, but I have found one source that suggests ‘a few males’ may be present. It doesn’t say how many, but I still assume that the group is made up of significantly more females than males.

Like the rest of the genus, the males will flash regularly at the females as they herd them around. This lifestyle seems like hard work.It’s certainly tiring to try and catch a male mid flash for a photograph. Not something I’ve managed yet!