The Hawaiian Freckled Frogfish (Antennatus drombus) is a little-known species steeped in mystery. While it’s been known for more than a century, specimens are rarely encountered in the wild and are even less common in captivity. In fact, in researching this species, I couldn’t find any definitive record of it having ever been collected for the aquarium trade. So either this is the first time it’s been collected or, more likely, the first time it has been properly identified.

The specimen seen here was obtained from a cave in just 3 feet of water, where it was found feeding on small squirrelfish, and, at just a few inches in length, it is already fully grown. Unlike it’s larger cousin in these waters—the gigantic, sponge-mimicking Antennarius commersoni—this wee little species is unusually adept at hiding its presence, and, for this reason, there are hardly any photographs of it. As with most frogfishes, the coloration can be rather variable, but A. drombus can be recognized by the relative length of its modified first dorsal fin spine, which is roughly equal in length to the second dorsal fin spine. 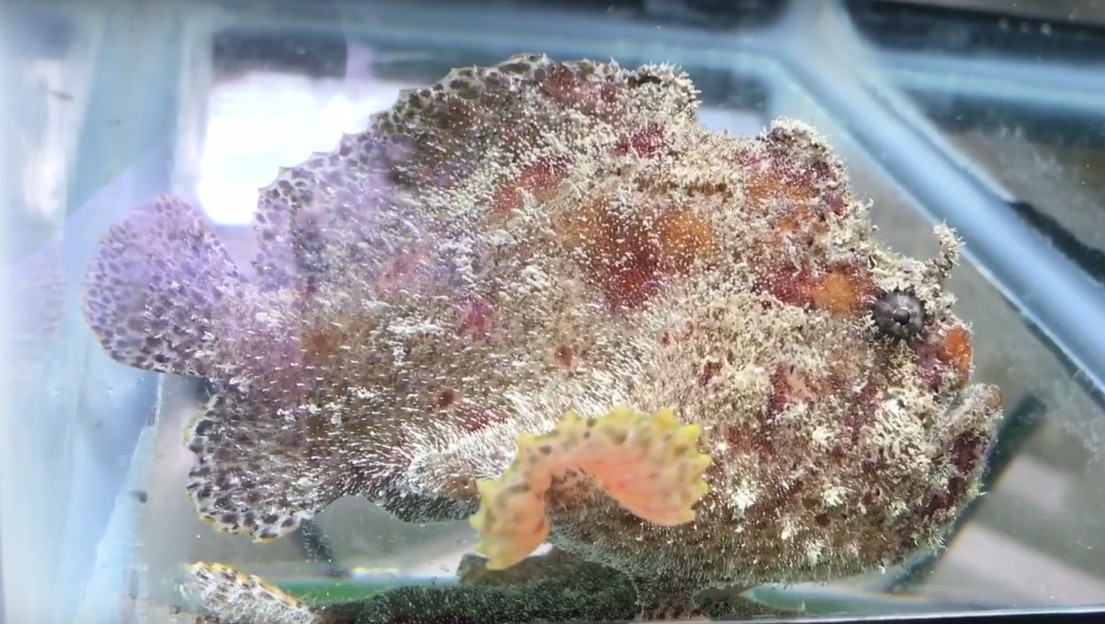 Hawaiian Freckled Frogfish (Antennatus drombus). Note the abundance of small, black spots (the “freckles”) on the fins, which seems to be a useful trait for identifying this fish in Hawaii. Credit: Colin Rufio Kop / ZoaCollector

In addition to being elusive, there is also considerable controversy within the scientific community regarding whether or not this fish is truly a distinct species. Many researchers are content to lump it in with the widespread Scarlet Frogfish (Antennatus coccineus), which can be found elsewhere in the Indo-Pacific. But there is at least one morphological difference in the Hawaiian population (12 vs. 10 pectoral fin rays) which suggests the presence of hidden diversity in this group.

To date, frogfishes have received relatively little study, particularly when it comes to their biogeography and species boundaries. In the one example for which we do have decent genetic data, the Striated Frogfish (Antennarius striatus), there is strong evidence that several discrete populations exist, and these likely deserve to be treated as separate species. The same might hold true for A. coccineus, which can be found from the Red Sea and South Africa all the way east to Mexico and Chile, but we simply don’t know. 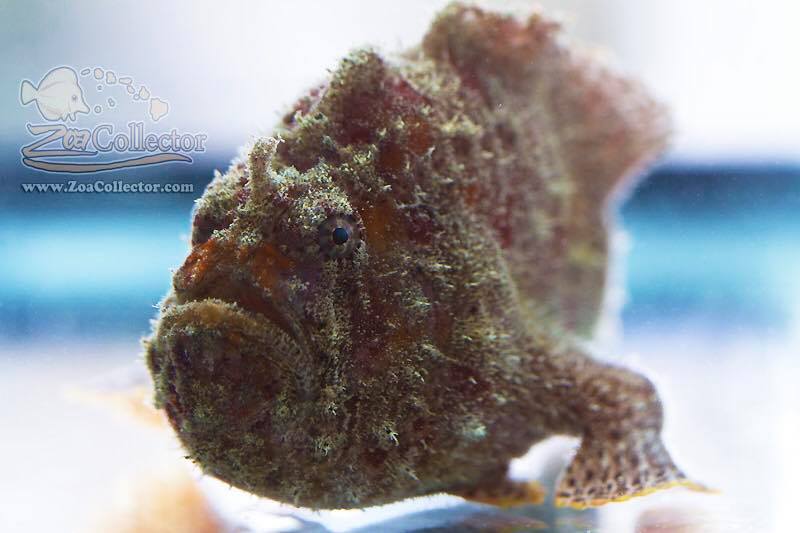 I have no idea what the epithet drombus is meant to signify. In the annals of zoological nomenclature, it is seemingly used only for this one species and a genus of gobies, both of which were described by David Starr Jordan in the early 1900’s. Unfortunately, he provided no etymological explanation.

Still, I’ll go ahead and agree with John Randall in recognizing the Hawaiian Freckled Frogfish as a distinct species. It has a unique morphological trait and occurs in a part of the world known for the rampant endemism of its fauna… this sounds like species-worthy material, no? It’s worth pointing out that the name used here, Antennatus drombus, is correct, though it doesn’t seem to have been treated as a valid taxon before. Instead, you’ll find references (including the usually reliable Catalog of Fishes) referring to “Antennarius drombus” as correct, but this is based on an outdated classification for the family. Antennatus contains several smaller species (including A. coccineus) which were previously grouped into Antennarius, though it has since been shown that the two are somewhat distantly related.