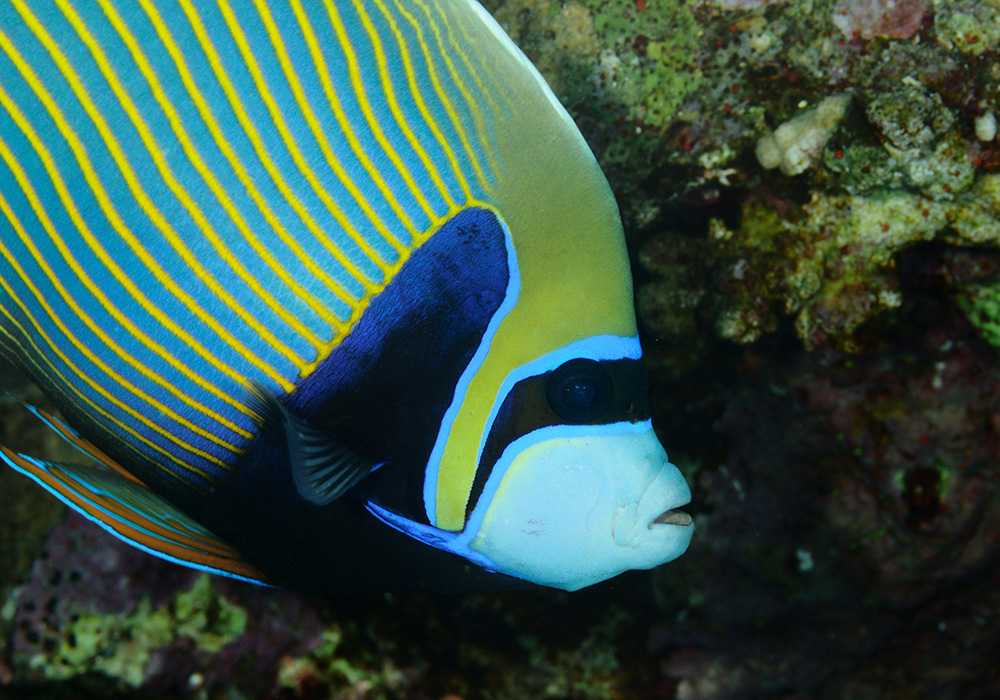 There’s no doubt that Pomacanthus Imperator, the Emperor or Imperial Angel is a stunning fish.  Large, exquisitely colored, and graceful, it’s an amazing fish to encounter on the reef.  It’s one of those fish though, that when you encounter them, you realize just how large they can get and just how far they can roam.  I’ve seen them often and followed them across large areas of reef.  They’re also difficult to approach up close, not something that’s ideal for a photographer. 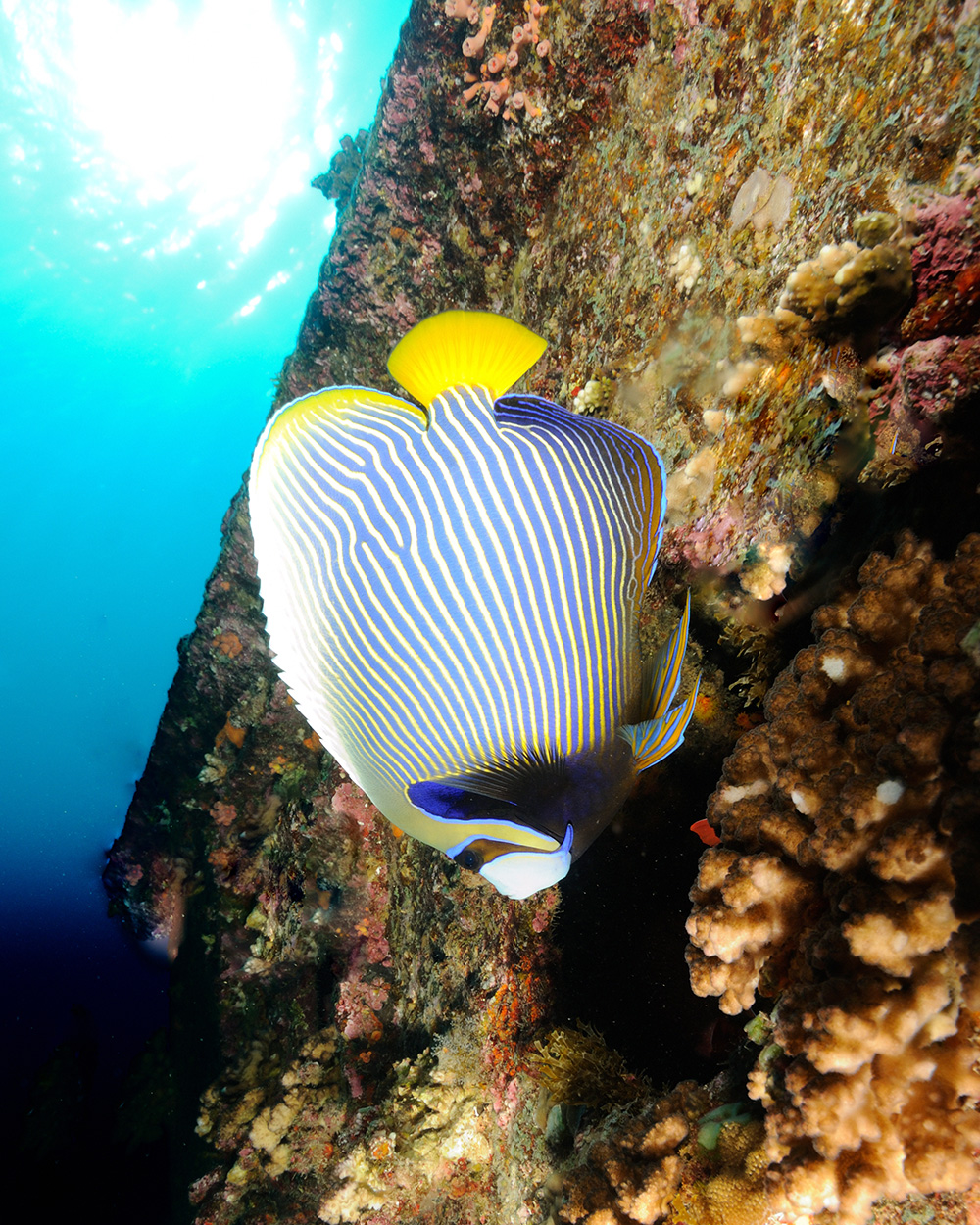 I guess, when you’re a clever, relatively long-lived fish you get to stay that way by being cautious and wary of anything larger than you, especially if it seems to be following you around the reef.  Quite understandable.

Pomacanthus imperator is found across the Indo Pacific region, from the Red Sea to the Hawaiian Islands and is happily classified as “Least Concern” by the IUCN. The fish are found down to eighty meters, and in my experience mainly travel on their own or in a pair. 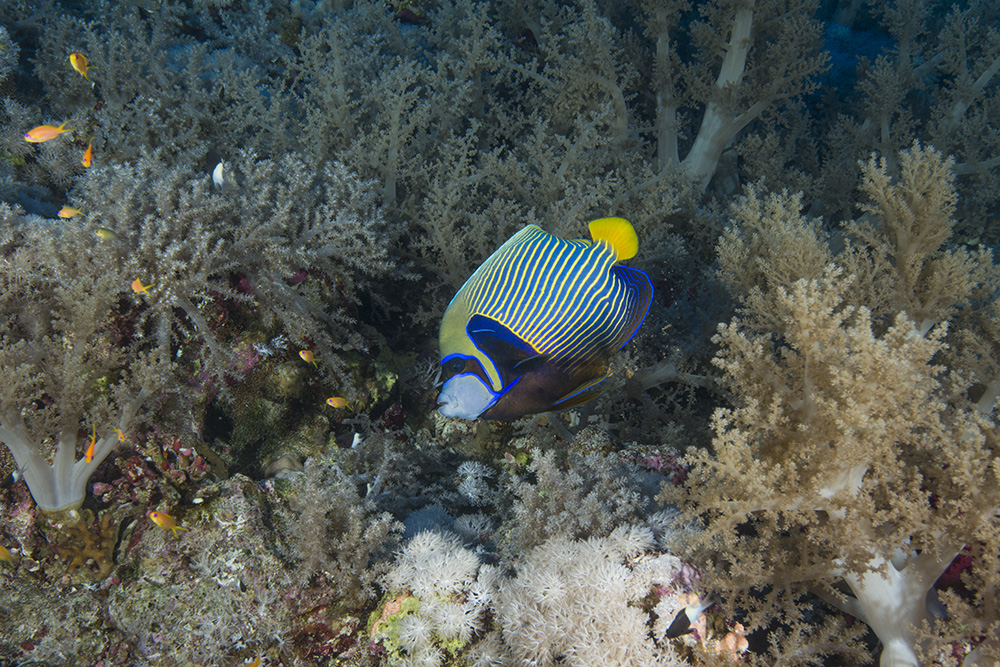 This was a wary fish. 20 meters down in the Red Sea

In the wild they reach over forty centimeters (16 inches). As juveniles, they are perhaps even more attractive, but sadly I have yet to photograph a youngster in the wild.

Their main food source consists of sponges, tunicates and other encrusting lifeforms.  They spend a great deal of time checking out the reef, carefully picking out items to eat.